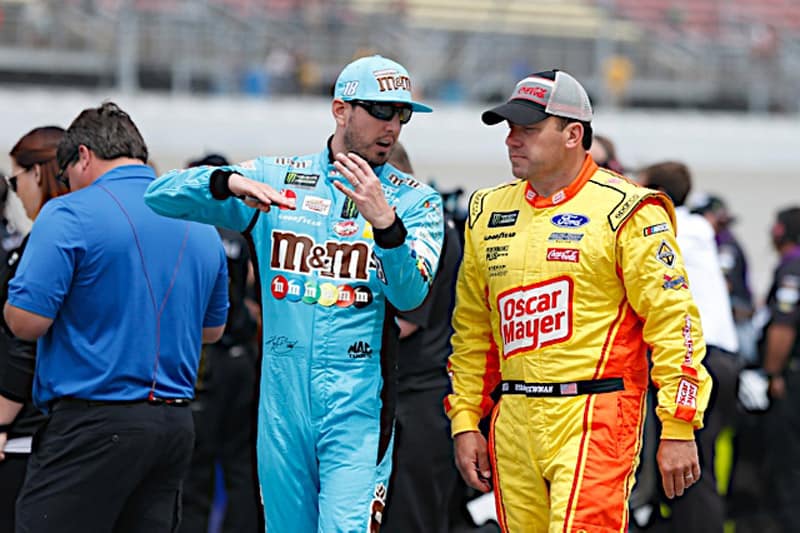 This weekend at Kentucky Speedway marks race 19 of 36, the climb down the mountain after an 18-race incline. At no other point this season (and in none before now) has the series been as ripe for going under the magnifying glass.

So, uh, hey! Let’s go by the numbers for the Cup Series season thus far.

2: First-time winners in the Cup Series thus far this season; congratulations, Justin Haley and Alex Bowman! In the last two weeks, they’ve marked the first two drivers to go back-to-back with first-time wins in the series since Casey Mears and Martin Truex Jr. did so in 2007. Now, how does this stack up to other years? 2018 also saw a pair of first-timers — Chase Elliott and Erik Jones. Should a third join Haley and Bowman’s ranks, it’d be the best first-time winner count since… OK, 2017. Maybe it’s not that interesting after all.

27: Matt Tifft‘s average finish in 2019, worst in the series among full-time competitors running for points. Hey, not everyone’s rookie season is gonna be one to remember.

0: Wins for Kevin Harvick. He’s only had three winless seasons in his entire Cup career, and the last time that happened was 10 years ago in 2009.

441: Laps led by Harvick, putting him fifth among all lap leaders this year.

5: Cup debuts in 2019 (Haley, Tifft, Tyler Reddick, Quin Houff and Bayley Currey. Austin Theriault and Andy Seuss are scheduled to make it seven at New Hampshire Motor Speedway. In 2018, 10 drivers debuted; 13 did so in 2017.

5,143: Laps completed by Ryan Newman, putting him third among all drivers in 2019 (and just four laps behind leader Busch). He’s only led one of those laps.

6: Drivers who have been running at the finish of all 18 Cup races (Busch, Newman, Ty Dillon, Kurt Busch, Jimmie Johnson and Joey Logano).

1: Races in which at least one driver failed to qualify for a Cup race (Daytona 500; Joey Gase and Ryan Truex).

10: Different drivers Rick Ware Racing has fielded in its two full-time cars and one part-time car in 2019 (Theriault and Seuss will make 12).

32: Drivers who have attempted in every race in 2019. Think back to NASCAR’s heyday; did you ever expect this small a number? Then again, check the Xfinity and Gander Outdoors Truck series; it’s not a Cup-only problem.

Just wondering about that “34: worst starting spot for a winner”….

Does that include a driver who may have qualified well but had to start at the back due to changing something on the car or failing inspection? Because I thought I remembered someone starting at the back and winning a race (Truex maybe).

The driver is documented as starting the race in their original starting position and assessed a penalty in which they move to the back prior to the drop of the green flag.