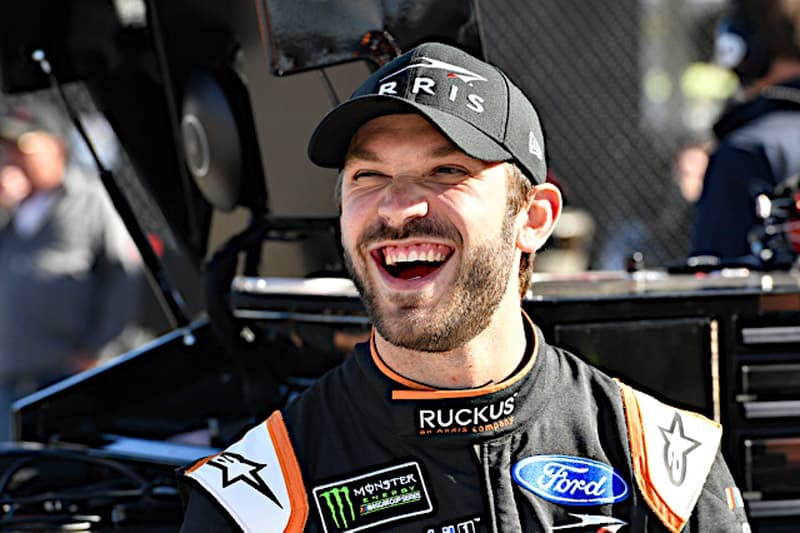 The racing should be entertaining since the track is another 1.5-miler. As is the case of tracks with this length, cars will have the lower horsepower and aero duct package. To help create more passing opportunities for drivers, the speedway added a traction compound to the racing surface. Even though the Cup Series has only run eight races here (since 2011), you can still use data from those races to help you choose your drivers. You can also look at data from 1.5-mile tracks from this season (Las Vegas, Texas, Kansas, Charlotte and Chicagoland).

Remember, DraftKings awards a half a point for each fastest lap and .25 for each lap led. It also adds or subtracts a point for each position earned or below where drivers start. Based upon the limited history at Kentucky, you will want fast cars starting near the front in your line. However, this is an impound race, so inspection will be Saturday afternoon. Be sure to check if any drivers fast in practice or qualifying fail pre-race tech. Since their official starting position would be at the rear, you could get some good place differential points.

Recent disqualifications in the Truck and Xfinity series prompted me to clarify the rules, should it occur in Cup. DraftKings’ rules state “Finishing Position is defined as the driver’s standing order at the end of the race. Disqualifications related to same-day post-race inspection will not change a driver’s Finishing Position, Laps Led, or Fastest Laps stats.” In other words, when the checkered flag flies (or when the race is cut short), your DraftKings score is final. It will not change if a driver is disqualified after the race is over.

Now, here are the drivers I’m building my lineups around on DraftKings. Note that all starting positions assume the car passes pre-race technical inspection.

Even though Busch didn’t finish well at Kansas and Chicagoland earlier this season, he did start and end the Coca-Cola 600 in third. He certainly has a fast car, as evidenced by his four wins. Additionally, he finished first practice with the fifth fastest lap and had the second-quickest 10-lap average in the final session. He’s slated to start the race 10th and has the potential to get you some bonus points if he finishes ahead of where he begins.

Harvick could use a win in 2019, and what better place to get it than Kentucky? He’s already proven he has a fast vehicle, especially at 1.5-mile courses. He led 88 laps at Las Vegas, 104 at Kansas, and 132 at Chicagoland, yet finished fourth, 13th and 14th respectively. Still, he can give you bonus points for leading laps. Additionally, the freaky fast Stewart-Haas Ford had the second quickest single lap and third fastest 10-lap average in final practice.

At this track, Harvick has six top 10s out of eight races. After starting on the pole in 2016, he led 128 laps but came home in ninth. He did have 44 fastest laps then, so he could give you extra points if he has similar results Saturday. Harvick qualified fifth but could still get to the front and lead laps if he doesn’t encounter any issues.

Keselowski, who had the fastest lap time in final practice, has had three wins this season with some not-so-good finishes. Even though he wrecked out of last week’s race at Daytona, he finished Chicagoland well (fifth). He also won at Kansas Speedway earlier this year and earned DraftKings users 59 fantasy points.

In total, Keselowski has led 521 laps at Kentucky, including 199 in 2014 where he won from the pole. He also won in 2012 and 2016, but he does have two 30-plus finishes. Because of this and his seemingly aggressive nature on the track, he’s a bit riskier in fantasy. He starts third for Saturday’s race, so he has another opportunity to lead laps if he gets to the lead.

Not too often would I recommend Kyle Larson, mostly due to his bad luck throughout this season. There are a few places where he’s done pretty well: Kansas and Chicagoland. The Chip-Ganassi Racing driver finished those two races eighth and second, after starting 35th and 14. Since he’s starting Saturday night’s race 19th, he can again offer you some positive place differential points.

In the past couple of years at Kentucky, Larson finished second and ninth in 2017 and 2018. He gave fantasy users a big bonus two years ago since he started last in that race. Hopefully, Larson can continue his good stretch here and finish well.

This season, Johnson finished well at the 1.5-mile tracks. He finished sixth at Kansas, eighth at Charlotte, and started and finished Chicagoland in fourth place. He led some laps as well at Chicagoland. Johnson also avoided wrecks last week at Daytona to finish third behind his teammate William Byron. He qualified for Saturday’s race in 13th, so he has some capacity to give you bonus points.

Stenhouse earned some great place-differential points for DraftKings users at Chicagoland, where he ended the race 12 after starting 25. The Roush Fenway Racing driver has done fairly well at similar tracks: 11th at Kansas and fifth at Charlotte. In each of those events, he earned 40-plus fantasy points for those who rostered him. He could very well give you similar results Saturday, where he’ll start 16th.

Though he hasn’t had as much success thus far at Kentucky, he’s finished in the top 15 a couple of times. In 2015 he qualified 17 and finished 11, and finished 14 in 2017 after starting 18. He isn’t too expensive, so you could fit him with a higher priced driver in your lineup.

I was going to place a lower value driver here (David Ragan), but just couldn’t resist substituting Suarez after he won the pole for Saturday’s race. Harvick’s SHR teammate was very fast in both practices, going third and eighth in the first and final sessions. Additionally, he had the quickest consecutive 10-lap average speed in final practice. I think since he does have a fast car, he can soar to the lead and earn you bonus points for laps led (as well as fastest laps).

He did have a good finish at Kansas, 14, after starting 34. By doing so, he earned DraftKings players 52.5 fantasy points, which included five fastest laps. He also did well at Texas at the end of March, where he started fourth and finished third. He could get a win here since his No. 41 Ford is so fast.

Since Johnson’s Hendrick cohort only has one former Cup start at this track, I chose him for my dark horse performer. While Byron did finish last year’s race 20th, he has some really good finishes at the other 1.5 mile courses this season. At Texas, Charlotte, and Chicagoland he finished in the top 10 (six, nine, eight). In fact, his 48.3 fantasy points were the most earned up to that point. The team seems to be finding more and more race speed each time they go on the track.

While he does have a limited history in this series, he does have a truck series victory here in 2016. He qualified 12th for Saturday night’s race, so he could give you bonus points if he avoids trouble on the track. Could this be the race where he earns his first win? If you believe so, then plug him into your lineup.