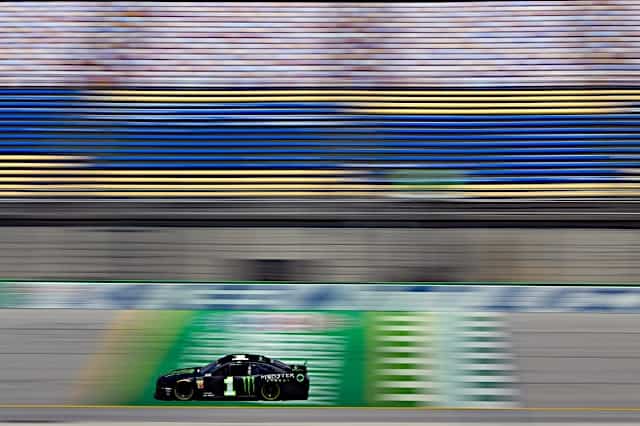 As we near the playoffs for the 2019 season, it is time to begin determining championship favorites and championship sleepers. One sleeper after his win at Kentucky would definitely be Kurt Busch. Busch has been a championship contender nearly his entire career with the exception of a few seasons.

Can Busch win a title in his first season with Chip Ganassi Racing? Is this his last chance, or will he be back for more next season and beyond?

In the last few seasons, people have constantly debated if tracks like New Hampshire and even Iowa Speedway are short tracks or not. The debate goes on as to what makes a short track an actual short track.

Is New Hampshire a short track? Can it be close to being defined as one or should it just be labeled as a one-mile flat track? What are the characteristics that define a short track, anyway?

Q: Who do you think could be a sleeper for the Cup title this season outside of JGR or Team Penske? Patrick C., New Haven, CT

A: My pick is the guy who won this past weekend, Kurt Busch. There are so many reasons why he can be considered a title contender, let alone a title sleeper. Team Penske and Joe Gibbs Racing have both dominated 2019, but we have seen Team Chevy show some strength the last few weekends too.

Even counting Justin Haley at Daytona, Chevy has won three straight races in the series, a feat that has not been accomplished in quite some time. They are starting to figure things out on that side, not just Hendrick Motorsports but Chip Ganassi Racing as well. Both of the CGR cars finished top five at Kentucky, and it is only a matter of time before Kyle Larson gets his first win of the season.

Busch has been a contender for the title almost every year he has been in the series. He is one of the most talented drivers in Cup, and we have seen that on display several times. The driver of the No. 1 Chevrolet has had a very solid season up to this point, and with the win, he jumped to that next level.

It would not be wise to count him out as a title contender going forward. It certainly would not be surprising to see him go on a hot streak and click off another win or two in the stretch of races coming up. With Chevrolet figuring it out and gaining more speed in their cars, I would not be surprised one bit to see Busch win.

When it comes down to it in November, I expect to see him in the Round of 8 at the very least. He has potential to get to the Championship 4, especially as the team gets stronger. It is going to be exciting to watch him as it has been his entire career. He knows what it’s like to win a title and also knows what it’s like to be a sleeper. Don’t sleep on Kurt Busch.

Q: Would you consider tracks like New Hampshire this weekend a short track? People use the term lightly talking about the track but is it really one? Taylor E., Cornelius, NC

Personal story here, but when I was little and played all the NASCAR video games, I used to think of New Hampshire as a bigger Martinsville. That was because of the flat layout with the egg-shaped corners, making me think they were similar. As I grew up, I learned I was extremely wrong.

This weekend may give us great racing again and people may ask themselves if it is a short track. This debate almost always seems to come up these days at any of the shorter tracks on the circuit. I know many people are advocates of classifying what a short track is and is not. I am almost 99.9% sure that those people are all in agreement about New Hampshire. Like I mentioned, Iowa may be the only debate.

No matter what, though, we will see a good race, even if it is not technically a short track.

Short track: less than one mile in length
Intermediate: 1-2 miles in length
Superspeedway: over 2 miles but not road course
Road course: has legit right turns length not considered

Brian In PDX
Reply to  Brian

Exactly! We Brians are so smart ;-)

Not sure I’d consider either Indy or Pocono a superspeedway. More like abominations.