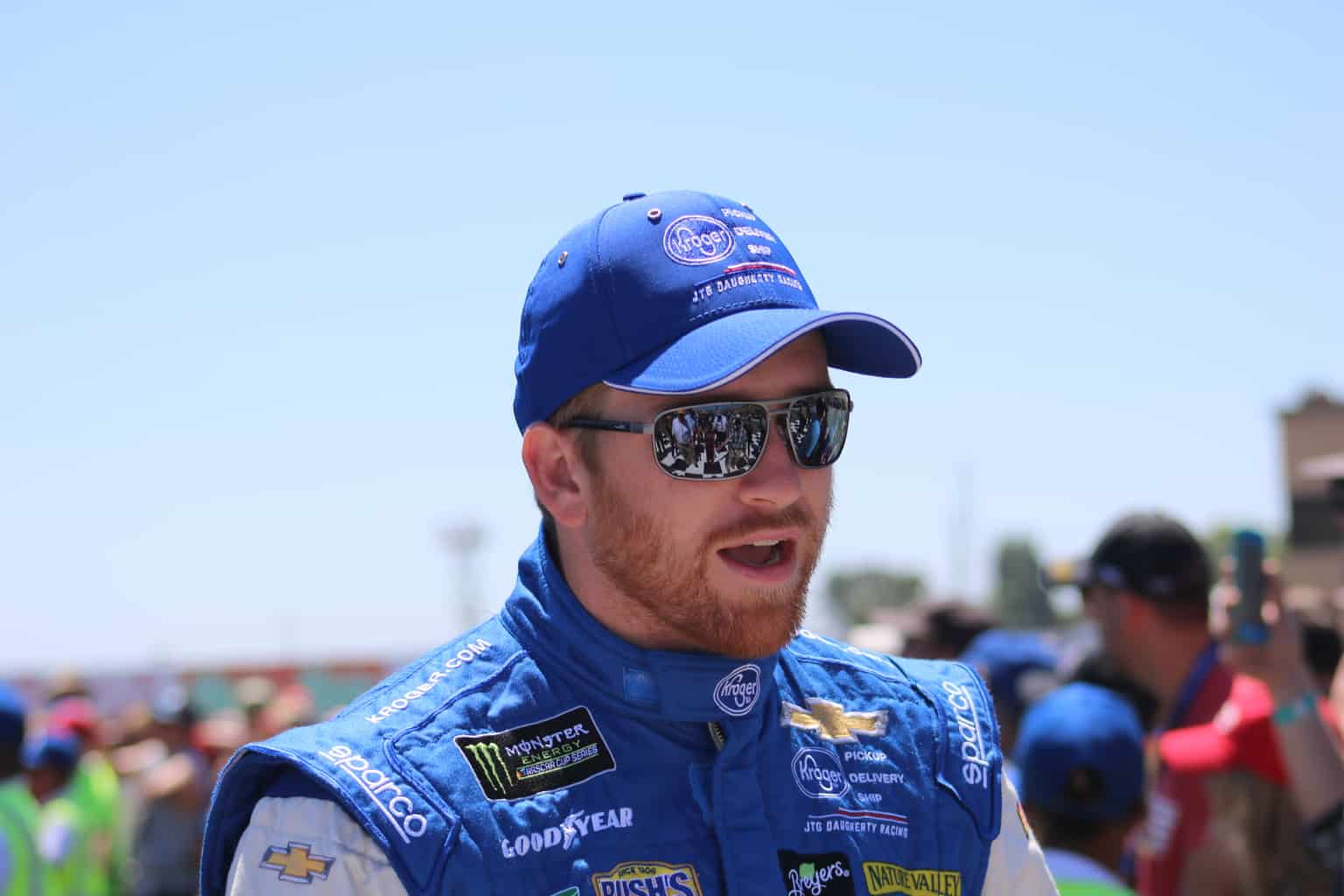 Chris Buescher reclaimed the top slot among the “other guys” on Saturday night (July 13) in the Quaker State 400 at Kentucky Speedway. The No. 37 JTG Daugherty Racing Chevrolet crossed the stripe in 10th position.

The result was his fourth top 10 in the 2019 Monster Energy NASCAR Cup Series season. Buescher has never had more than four top 10s in a 36-race season prior to this year. Having that many after just 19 starts further illustrates how far both he and his No. 37 team have come. Buescher qualified in 25th, but moved up steadily after the start.

After the race, he spoke about overcoming the handling troubles that plagued the car early on.

“Our Planter’s Camaro was pretty good tonight at certain times, but we definitely fought it,” Buescher said. “We worked hard to keep it where we needed to be all day long. That was good strategy on top of the pit box; hats off to our group. We’ve got some work to do yet, but that was a great finish.”

When asked if he was encouraged by the speed the team has shown, he responded, “Yeah, absolutely. It’s encouraging to see it. To be 100 percent honest, tonight was not one of our better 1.5-mile tracks compared to where we have been in the last couple of months. With that being said, we definitely got a finish out of it. We ran good; we ran on the lead lap all night long. We are trying to find some more speed. We hadn’t qualified really well, and I think tonight was about trying to figure out a way to get some more raw speed out of it. At the end there, it was a wild restart and we were able to come out with a good top-10 finish.”

Behind Buescher, there weren’t too many underdogs who had banner days. The only other underdog to crack the top 20 was Matt DiBenedetto. DiBenedetto brought his Leavine Family Racing Toyota across the finish line in 16th position. He too gained from his initial starting position of 23rd, and seemed to be the only other underdog capable of contending with the frontrunners.

On Friday (July 12), the NASCAR Xfinity Series drivers enjoyed their moment in the spotlight. Highlighting the efforts of the underdogs in that division was Ryan Seig, who rebounded after a less than impressive month of June to finish ninth in the Alsco 300. Jeremy Clements wound up 13th at the finish and Gray Gaulding continued his solid performance in 2019 with a 15th-place run.

The NASCAR Gander Outdoors Truck Series took their shot at the Kentucky Speedway on Thursday night (July 11). Ross Chastain and Austin Wayne Self both gathered up top-10 finishes, coming home fourth and sixth, respectively. It was also a solid night for Tyler Hill in 11th, Tyler Dippel in 12th and Codie Rohrbaugh 14th.

In 2008, the Truck Series was in the midst of a transition. The drivers and teams that ruled the roost were shifting to more of what it is today. The schedule was evolving as well. That year was the final time that the Mansfield Motorsports Speedway, a half-mile asphalt bullring in Ohio, would host a truck event.

David Starr was dominant throughout the race, leading 170 of the 250 laps. He took the top spot on lap 80, and despite a whopping 15 caution flags, held onto it for what appeared to be the remainder of the race. But as the field took the white flag, longtime modified competitor Donny Lia made his move and muscled his way past Starr as the trucks beat and banged together. Lia took the checkered flag for the victory in what may have been the biggest upset in series history.

Don’t feel bad if you haven’t heard of Lia. Many people watching that race live had never heard of him. In all honesty, I didn’t know much about him at the time either. He only ran 39 races in the series, and outside of that May afternoon at Mansfield, never finished better than ninth. As a matter of fact, Lia only led one lap in his time racing trucks. But he certainly made it count.

That’s 8 more than he had in the three seasons prior, combined.

Congratulations to my little brother @Tyler_Hill_ earning his best @NASCAR_Trucks finish with a strong p11. It’s rewarding to see our @HillMotorsport team grow each race! Can’t wait for our next one! pic.twitter.com/21Y00rX4aO

For everyone asking…the hat has been checked and released from the infield care center. pic.twitter.com/icFIrhgHJV

Wearing this fire suit today that @AlexBowman88 wrote “Hi Matt” on with a sharpie pic.twitter.com/h6XdNx6IP4