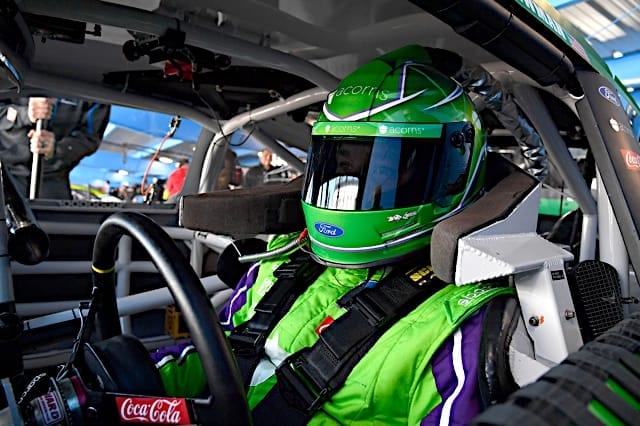 In this week’s edition of the Frontstretch Podcast, Dustin Albino and Mike Neff discuss a long, hot weekend of racing at Kentucky Speedway, which saw Kurt Busch oust his brother Kyle Busch for his first victory with Chip Ganassi Racing.

What did we think of the Kentucky race? The finish was spectacular, as was Clint Bowyer‘s sixth-place run, which the No. 14 team desperately needed. Also, get our takes on William Byron‘s restart violation, which cost him a shot at the victory.

In NASCAR Xfinity Series competition, Cole Custer and Christopher Bell stunk up the show in one of the least thrilling races of the year — one which left some drivers outspoken about the product.

The Gander Outdoors Truck Series race was thrilling, seeing Tyler Ankrum pick up his first career victory. There was a mid-race scrum between Natalie Decker and Spencer Boyd, as Boyd turned into Decker and caused a big wreck. Post-race, it was Ben Rhodes chasing down Brennan Poole for what he believed to be dirty racing on the track. In addition, we go in depth on Stewart Friesen‘s day, as NASCAR confiscated his No. 52 truck prior to practice.