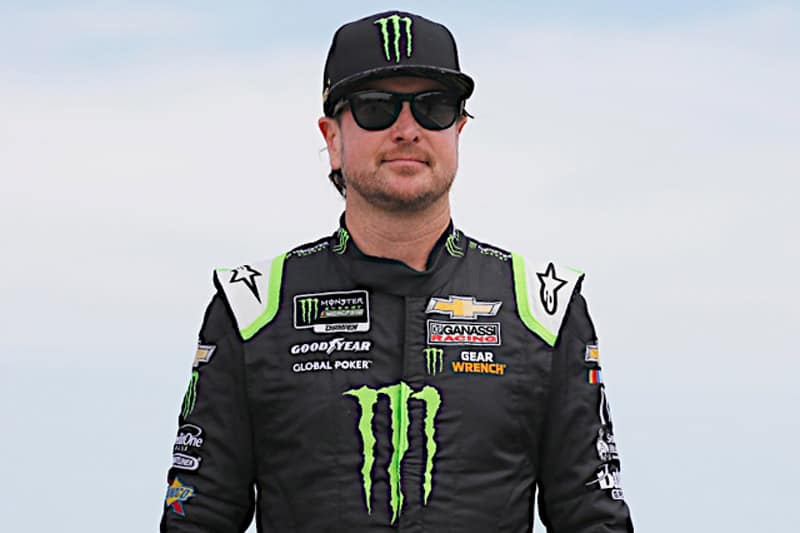 Only Kurt Busch could do the unthinkable. Time and time again, the 2004 Monster Energy NASCAR Cup Series champion has lifted a struggling team to become triumphant. Chip Ganassi Racing is just the latest in Busch’s quest for another championship ring, and thus far, he’s on pace to potentially have his best season in NASCAR’s premier series.

When he beat younger brother Kyle Busch at Kentucky Speedway, he showed the entire garage that this 40-year-old can still get the job done. He proved that years of experience have paid off, putting the No. 1 car in victory lane for the first time since 2013. More importantly, Busch’s swagger on and off the track, combined with an innate ability to drive a racecar unlike many others, has made him a title favorite for the first time in years.

“I’ve never had an owner call me literally every Friday and go, alright, you qualified fourth this weekend, how is the race going to go?” Busch said after his win when asked about his relationship with owner Chip Ganassi. “You’ve got to be straight up with him. There’s no BS with Chip. I like that.”

Busch said that it only took a 30-minute phone call to seal the deal with Ganassi. The mutual respect was there.

But some have said this might be Busch’s last year in a Cup car. While he did admit he’s considered it, he didn’t say he’s made any decisions yet.

It would be a shame if Busch, who’s one of the baddest and most agile racers in the garage, would retire from full-time Cup racing. It would be yet another blow to NASCAR, which has lost the likes of Jeff Gordon, Tony Stewart, Dale Earnhardt Jr. and Carl Edwards in a short span.

Busch’s demeanor is exactly what NASCAR needs. He literally doesn’t care what people think about him, and that’s perfect. Here’s a 40-year-old guy who is taking a mediocre program and elevating it to something special. Who else can Ganassi even get to do what Busch is doing behind the wheel?

When Jamie McMurray drove the No. 1 car, there were moments of brilliant driving every year. However, the consistency was lacking. It’s not that McMurray was a bad racer, but Busch knows how to get the most out of his equipment. Ganassi signed him because he can improve not just results, but the work ethic of those around him. He has this unique attitude that makes him a combination of Dale Earnhardt and Ryan Newman. He’s arguably the most intimidating racer out there right now, and he’s certainly one of the toughest to pass.

Obviously, some media members don’t like Busch. He’s been short with them in the past and this year, he’s been extremely annoyed by the redundant questions during post-qualifying scrums.

Can you blame him though? Imagine if someone hits you in the face with a giant microphone (that can, by the way, pick up sound from far distances, so there’s no need to even shove it in someone’s face). Yeah, some media members have done that this year.

Oh, and let’s not forget about the horrific “tell me …” or “talk about …” Good for him. He should call them out for not doing their jobs properly. Want Busch to not be short with you? How about asking a real question?

In the many times I’ve encountered Busch, I’ve only had great experiences. He answers questions methodically and honestly, which is rare in 2019 NASCAR.

For everyone’s sake, let’s hope Busch doesn’t retire and stays racing for years to come. He pushes everyone, including his team, media and fans alike, to strive for the best.

I am o.k. with Kurt winning, a cheap win. But a win. The problem as I knew would happen did. Kurt is now a God, it gave the NASCAR LSM media juicy “brother rivalry” BS which will be regurgitated and vomited for a long time to come.

The actual fact and real deal is. “BUBBA” caused the caution it was clear Logano was on his way and more than likely the winner. He had it, and it was taken away.

….A two lap shootout does not seem worthy of the accolades it is getting. It is the big flucking deal because of the two Busch bros. The media and NASCAR should be thanking and would not be surprised paying “BUBBA” for the gift that will keep on giving, and giving and giving. The hype and the BS is just ramped up times thousands.

Joey was on the way, the most likely winner..it would have been “news” but nothing like the GIFT “BUBBA” handed them.

Let’s be honest. Happy it wasn’t the younger asswipe brother. But if the caution did not come out, more than likely it would have been Logano in VLANE. Certainly not Kurt and more than likely not Kyle. Again Kurt got the checkers, but let us be real.

As a student of the NASCAR hysteria, the media hysteria storyline…this will be played out till we all die. But it was because of a caution and a short restart! Not the hype they a making it out to be.

The NASCAR media is lame, so is NASCAR.

Watch we will all be getting BUSCHLASH for years to come! Over 2 freaking laps.

KB, if you’re so damned put out with the on track product, why do you even bother watching and commenting? I, too, don’t like the on track product but for a far different reason. The cars need to be more closely aligned (from a cosmetic perspective) to their street counterparts. The racing needs to be less contrived (i.e., ditch the segment BS) and the drivers (with a couple of exceptions) need to be less vanilla and show some personality.

Anyway, if you can’t offer a solution, kwitchyerbellyachin

I have offered solutions in the past. If you are a regular reader of The FrontStretch you would know this. Besides, sign me up if NASCAR ever does listen to fans and actually implement changes!

I am entitled to my opinion and the love or hate of a sport is not all or nothing. I have been watching for years with all the joy and frustration MANY fans feel and “report” on. You seem to possess a childlike view of things. Frankly your whole rebuke of my comment does not align at all with my comment. Again very childlike and off the mark. But like us all, opinions are like assholes…we all have one.

Take your own advice, stop reading what I write and “kwitchyerbellyachin”.

NASCAR will be fine with or without either Busch.
I rarely agree with KB but Busch won because of a caution and the GWC + double file restart which created a crapshoot ending. Logano deserved to win that race, Busch was a lucky recipient of circumstances and opportunity. I’d much prefer the race end under caution like it used to because it has a higher probability of rewarding the driver that deserved the win. To hell with entertainment. I want to see the guy that deserved to win get the win.

Damn good article that hits exactly the sentiment a lot of us are starting to feel about Kurt in his later years. He was eminently hateable for the majority of the 2000s, but he’s really turned into the kind of tell-it-like-it-is, old school badass that NASCAR has been built on, and has the swagger that none of these 20-something new drivers can match.

I also really appreciate you checking the media on this. Fans clamor for a no-bullshit driver, but the instant a driver gets genuinely frustrated with the lame, redundant media probing, those same journalists turn around and preach about how much of an asshole that driver is, and the fans who listen to these journalists follow suit. Media shouldn’t be immune to criticism, and the drivers should be encouraged to hold them to a high standard. Fans loved Tony Stewart for doing exactly that.