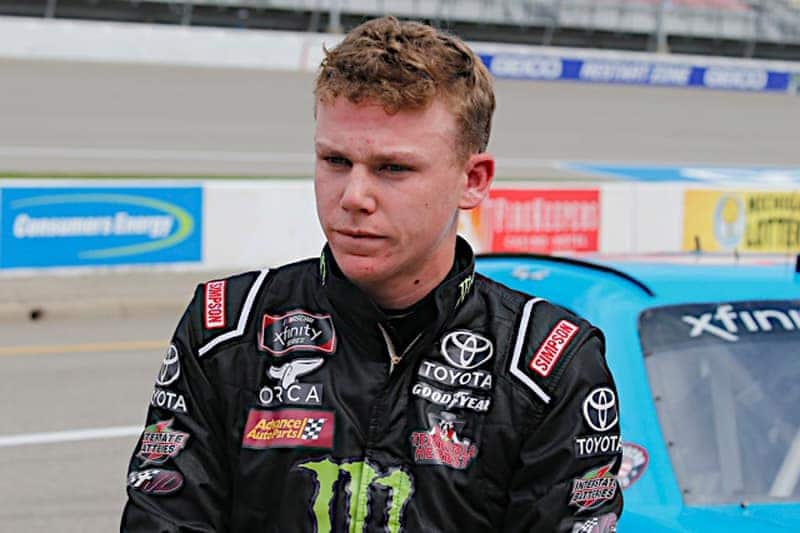 The NASCAR Xfinity Series heads to the 7/8-mile, banked short track at Iowa Speedway as 39 drivers will attempt to qualify for 38 spots to complete in the 11th annual U.S. Cellular 250 on Saturday afternoon.

Joining the series regulars will be drivers Ryan Repko, making his second start of the season for JD Motorsports. Repko’s only race this year was at the first Iowa race, where he started 32nd and finished 22nd, five laps down.

Ryan Vargas will also be making his Xfinity Series debut as JD Motorsports will give him the reins to the No. 15 car at Iowa. Vargas ran the full season in the K&N East Series before being let go by Rev Racing.

Zane Smith will be driving the No. 8 car for JR Motorsports, while Riley Herbst will taking control of the No. 18 car for Joe Gibbs Racing.

Like Vargas, Will Rodgers will also be making his Xfinity Series debut at Iowa. Rodgers competed full time in the K&N West Series in 2017 and has made occasional starts in both the West and East Series in 2018 and 2019.

Originally listed as a TBA on the entry list, Mike Harmon Racing announced Tuesday that Mark Meunier will attempt to make his Xfinity Series debut in the team’s No. 17 Chevrolet.  Meunier has made 39 career starts in the ARCA Menards Series with a best finish of 16th at Elko Speedway in 2013.