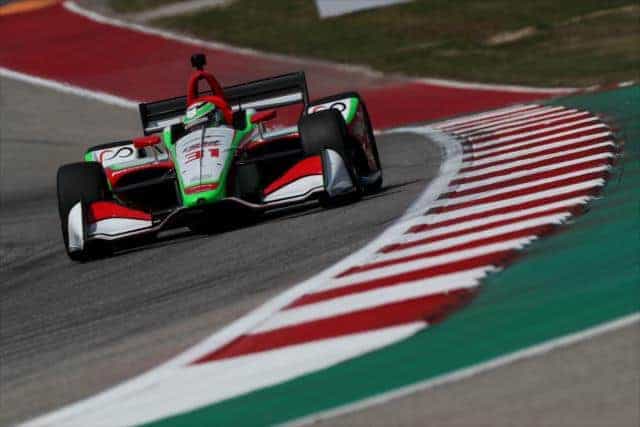 RC Enerson returns to IndyCar competition this weekend, slated to drive the No. 31 for Carlin Racing at Mid-Ohio Sports Car Course for the Honda Indy 200.

The 22-year-old will have backing from the Lucas Oil School of Racing in the team’s Chevrolet.

Enerson made his IndyCar debut in 2016, driving three total races for Dale Coyne Racing, recording a best finish of ninth at Watkins Glen International. His debut, also at Mid-Ohio Sports Car Course, was a 19th-place effort in the No. 19.

Also driving in Indy Lights for two seasons, he won one race in 2015 – at Mid-Ohio – and recorded five podium finishes. 2016 saw Enerson race eight of the series’ 18 races, tallying one podium during that span.

Enerson made his WeatherTech SportsCar debut in 2017 at Daytona International Speedwat, piloting the No. 52 for PR1/Mathiasen Motorsports. He started eighth and finished ninth in the P class.