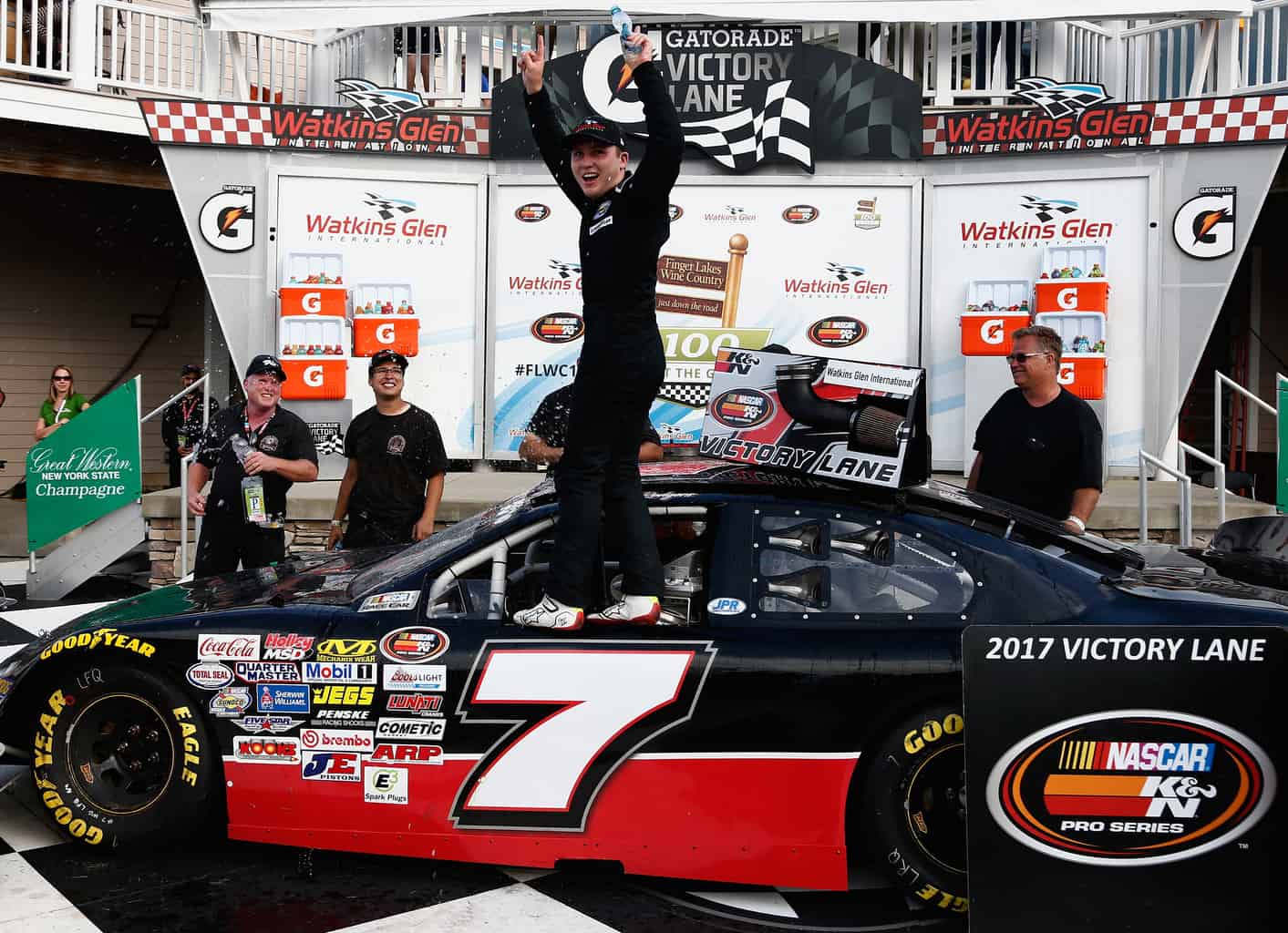 Another NASCAR Next driver will be making their first career national series start this weekend.

“It’s really been something I’ve been working on for a long time,” Rodgers told Frontstretch. “Not that we’ve had a very solid path or direction we’ve gone in, but a certain amount of circumstances and opportunities have kind of happened in the last month.”

Rodgers has raced in both K&N and the ARCA Menards Series, running six races in 2018 for Ken Schrader Racing, scoring four top 10s.

Rodgers most recently ran for Levin Racing in the K&N Pro Series West event at Sonoma Raceway, where he finished sixth. He’s yet to make a national series start, but when Brandonbilt came calling, he was all in.

“I’ve been networking as much as I can in the garage the last few years and gotten to meet a few different people, including a couple people who’ve worked for Brandonbilt,” he said. “Being a smaller team from Virginia with a bunch of new guys, they’ve done really well. They’ve run between 14th and 20th every week. In the Xfinity Series, that’s pretty darn good when you’re going against JGR, SHR and groups like that. I’ve definitely seen that. Recently, some of those contacts reached out and said “Will, we’d love for you to come race a few times with us this year.’ (They) offered a great opportunity and (I) was able to match it.”

Rodgers’ relationship with the American Liver Foundation runs deeper than just sponsorship, as he was diagnosed with primary sclerosing cholangitis (PSC), a severe and chronic disease of the liver, as child.

In two prior K&N Pro Series starts at Iowa, Rodgers has scored a pair of top 10 finishes (10th and eighth). He’s looking forward to hopping in a new car at the track, but isn’t planning on making his first NXS start a huge ordeal.

“Everybody, in my opinion, make a big deal out of their debut. I don’t want to, really,” he said. “I just want to get that done. I feel comfortable there, it’s a very tough race track with a very tough field, but I’m confident we’ll be able to accomplish the goal we’re setting out to do.”

Rodgers hinted at more races on his schedule with Brandonbilt for 2019, hinting at the road course stretch of Watkins Glen, Mid-Ohio and Road America in a one month span as the next time you may see him behind the wheel.

“I can’t announce the exact races yet, but there’s a very high chance we’ll be turning left and right in the near future,” he said.