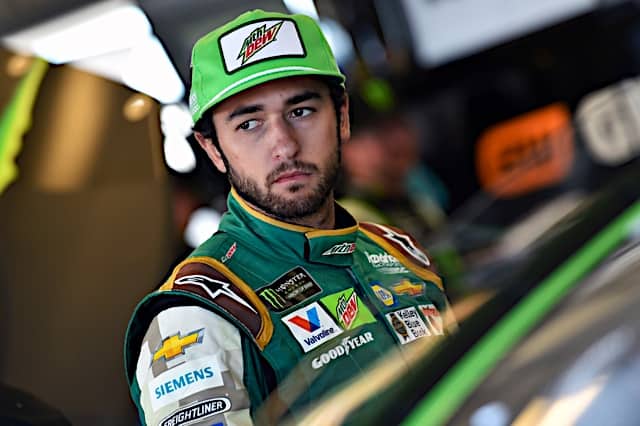 This 2019 NASCAR season has been a very crucial year for the sport regarding several aspects including rules, attendance, ratings and leadership. We have seen a little bit of everything as we close in on the month of August and the race to the playoffs in all three of NASCAR’s national touring series.

With that said, can 2019 be considered successful so far from NASCAR’s standpoint? What about it has been successful and what may be a failure?

NASCAR has done a ton of marketing the last few seasons utilizing its young drivers such as Chase Elliott and Ryan Blaney versus champions like Kevin Harvick, Kyle Busch, or Jimmie Johnson. We have seen very few marketing campaigns with the veterans compared to young guns.

Does NASCAR do a better job this season of veterans being marketed? Should we shy away from young guns or keep it the way it is? Is it working?

Q: Do you think 2019 can be classified as “successful” from NASCAR’s standpoint? Daniel A., Columbia, MO

A: From NASCAR’s standpoint, you can definitely say 2019 has been successful so far. There has been a lot of debate as to what could be classified as a successful season, but if you’re NASCAR, you really cannot ask for much more out of many of these races.

From a fan’s standpoint, and somebody who may not be a fan of the low horsepower and high downforce, it could be considered a failure. However, if you’re NASCAR, the new package has mostly gone according to plan.

There is one thing I do hope NASCAR does keep in mind, though. Just because this season may be successful doesn’t mean that everything is perfect and should be left alone.

There is proof that this season has been more successful than year’s past with on track statistics, ratings rising a bit, and the finishes we have seen. For most races, you could say the race itself was not great but the finish was one to remember. There have been several races this season that have been great from start to finish (Chicago, Bristol, superspeedway races, just to name a few).

When this season is in the books, NASCAR will have many decisions to make. This will include how to deal with the aero package knowing the Gen-7 will roll out in 2021, how to change the schedule up in 2021, and what else they can do to improve the sport as a whole. The only thing that has not been proven to improve is attendance. While there have been many memorable races as of late, many races still see low attendance. That is something NASCAR is going to have to figure out, which is how to put people in the seats again.

With social media, we all see the mixed reaction from fans every week about the racing on track with this current package. Now, while you can’t please everyone, many times this year, fans have been pleased with results. Even if things are going as planned, NASCAR must continue to make improvements as the sport evolves. Listen to drivers, listen to fans, listen to media, and listen to people who want what’s best for the sport and the on-track product. This is how the sport will make its comeback and get better year to year.

A: NASCAR has really pushed the youth movement the last few seasons since guys like Elliott, Blaney, Bubba Wallace, and others have come into the sport. It seems like sometimes NASCAR does forget that the veterans are still there and they are still dominating the sport.

There has only been one guy below the age of 25 who has won, and that is Elliott. Alex Bowman recently turned 26 and could be considered a young gun as well, but other than those two, Joey Logano is the youngest at 29. Everybody else is over 30 and well established as veterans and champions.

Obviously, in every sport, you want to have future stars and promote them. Compare it to the NFL right now with all the young guys coming into the league and establishing themselves as superstars. The NFL seems to be marketing them more than the veterans from what we see. NASCAR seems to be doing the same.

Most of what we see in advertising involves young guys like Elliott. Now there are marketing campaigns where we do see guys like Kyle Busch and Harvick in as well, but there is a sense that the veterans are being left out. Busch talked about this at media day to open the season in 2018 and called it “stupid.” While it’s not stupid, there should be a presence of the veterans mixed in there as well.

We used to have commercials galore with a mix of all the drivers and their sponsors (Gillette Young Guns, Coca Cola Racing Family with many veterans, etc). Now we see Elliott appear in NAPA and other sponsor ads, while Harvick is maybe the only other driver in any sort of popular ad. While Elliott is NASCAR’s current Most Popular Driver, the sport also needs to be advertised with its current crop of champions.

While I believe the marketing team does an excellent job, I would love to keep seeing the progression. Since last year, there seems to be more of a veteran presence and I do hope they continue down that path. While the young guns should certainly get their spotlight, adding in the “old guys” would help fans be attracted to the sport. For now, the best guys are still the champions and the young guys will get there one day. What needs to be portrayed to the public is that there are vets who are still the very best in the business.

One thing is for sure though: Whatever they are doing, people are still watching and ratings have gone up. It is working.

I guess if you dumb down the definition of success, anything can be successful.

You can rationalize anything even if its wrong.

If this season is considered successful,it’s only because the bar has been set so low during the last decade.

Please do not confuse NASCAR marketing with sponsor marketing and ads. The Chase Ellior NAPA and Harvicks Mobil one ads are not NASCAR but the sponsors.
Also, one thing to watch are any of the “NASCAR” oriented ads be it sponsors or whatever run outside racing related programming? Guessing not. This maybe where folks are missing the boat. To grow any entity you have to attract new folks from outside those already interested. Run an ad during programming such as The Voice, or Masked Singer, etc. and see what happens. Does that draw in any new folks to the sport?

I think Bill B, DoninAjax, and Mike pretty much nailed it…