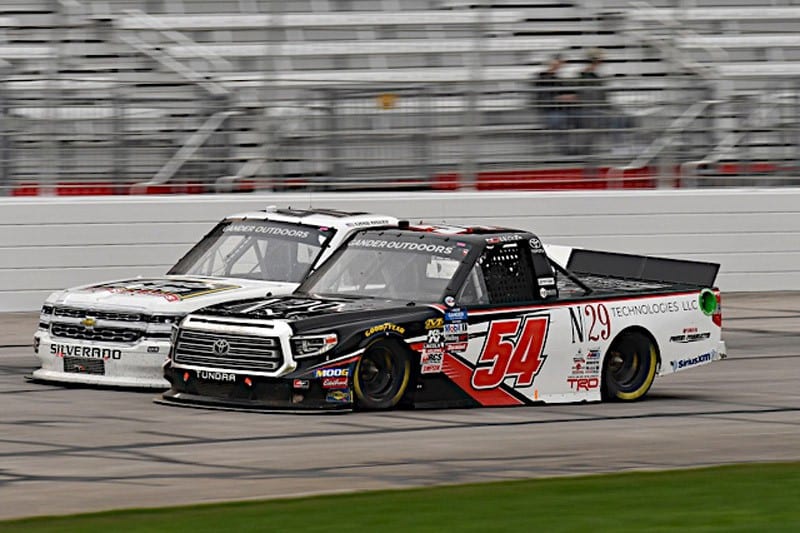 Kyle Strickler returns to Eldora Speedway in the NASCAR Gander Outdoors Truck Series, as DGR-Crosley announced Thursday, July 25, that Strickler will compete in its No. 54 next week.

The team also confirmed Tyler Ankrum will drive the No. 17 Toyota and that it does not currently plan to field more than two trucks (it has entered as many as four in 2019).

Strickler competed in the 2018 Eldora Dirt Derby, driving the No. 63 MB Motorsports Chevrolet. He finished fifth in his heat race, but in the Dirt Derby itself, he was involved in a crash, ultimately finishing 31st.

“I’m really excited for the opportunity to work with (team owner) David [Gilliland] and the guys at DGR-Crosley,” Strickler said in a team release. “I feel like things are coming full circle. My first job in NASCAR was working in a fab shop for a team that David was racing for. He won that year in Kentucky, and that win helped propel him into the Cup Series. So to say it’s cool that I now have a shot at winning for David is an understatement.”

Strickler competes full-time in dirt racing. He is a two-time World Short Track Champion at the Dirt Track at Charlotte.

The No. 54 Toyota has been largely driven by Natalie Decker this season. It is currently in 22nd place in the owner point standings.

DGR earned its first Truck Series victory earlier this season when Ankrum won the Buckle Up In Your Truck 225 at Kentucky Speedway.