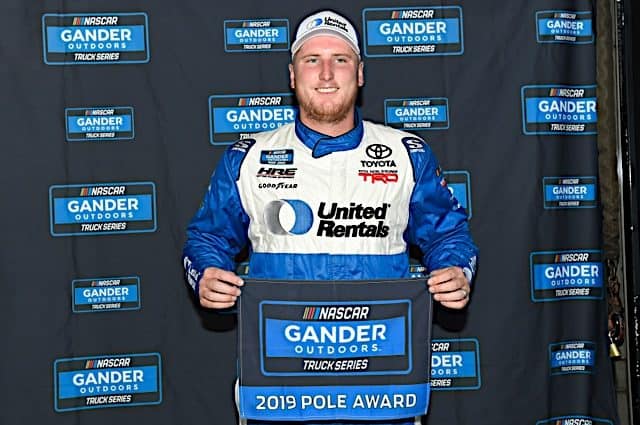 Starting alongside Hill on the front row is Ross Chastain. He missed the pole by 0.074 seconds, but still clocked in at 171.106 mph. In Truckin’ Thursdays, Beth Lunkenheimer wrote Chastain can lock himself into the playoffs this weekend.

Rolling off third for the 2019 Gander RV 150 will be Stewart Friesen. He was the fastest driver in qualifying without a win this season. He drove his No. 52 Halmar Friesen Racing Chevrolet at a speed of 170.661 mph.

Thirty-two drivers entered, so it will be a full field and nobody failed to qualify.

The race will begin at 1 p.m. ET with TV coverage provided by FOX.

Mark joined Frontstretch at the beginning of the 2019 NASCAR season. He is an Eagle Scout & a proud University of Dayton alum. He also writes about NASCAR for Beyond the Flag.
@MarkKristl
Previous Christian Eckes Wins ARCA Race At Pocono
Next Christopher Bell, Cole Custer Lead Iowa Xfinity Practices 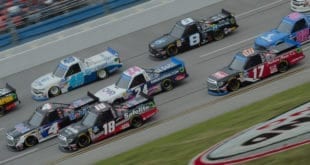