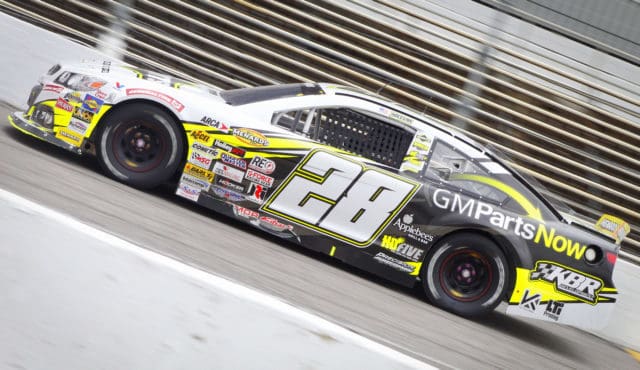 A young driver is set to debut at Eldora Speedway next week in the NASCAR Gander Outdoors Truck Series. Carson Hocevar will drive the No. 3 Chevrolet Silverado for Jordan Anderson Racing, the team announced Thursday (July 25).

Hocevar has experience in the ARCA Menards Series where he drove 11 races for KBR Development. He has six top five and nine top 10 finishes, along with two poles in the series. His best finish was third at Salem Speedway in April of this year, but also finished fourth last week at Iowa Speedway. His average finish across all his starts thus far is 6.5.

“I’m very excited and thankful to make my NASCAR Truck debut at Eldora Speedway.” said Hocevar in the team’s release. “Eldora is such a cool place with so much history. I’ve been fortunate enough to have been there a handful of times for the Prelude to the Dream, as well as the 4 Crown Nationals. I’ve raced at Little Eldora in a quarter midget, so to have the opportunity to jump over to the big track in a Silverado on the dirt is pretty humbling.

“I’m really thankful for the opportunity to be going there next week with Jordan Anderson Racing. It’s not every day that you get opportunities like this, so to be able to put something together with Jordan and his No. 3 team is really something I’m grateful for.”

Anderson drove the truck for the first 13 races of the season, and earned a 13th-place finish at Kansas Speedway. He will give the reins to the talented 16-year old next Thursday, August 1. Coverage for the Eldora Dirt Derby will be at 9 p.m. ET on Fox Sports 1.