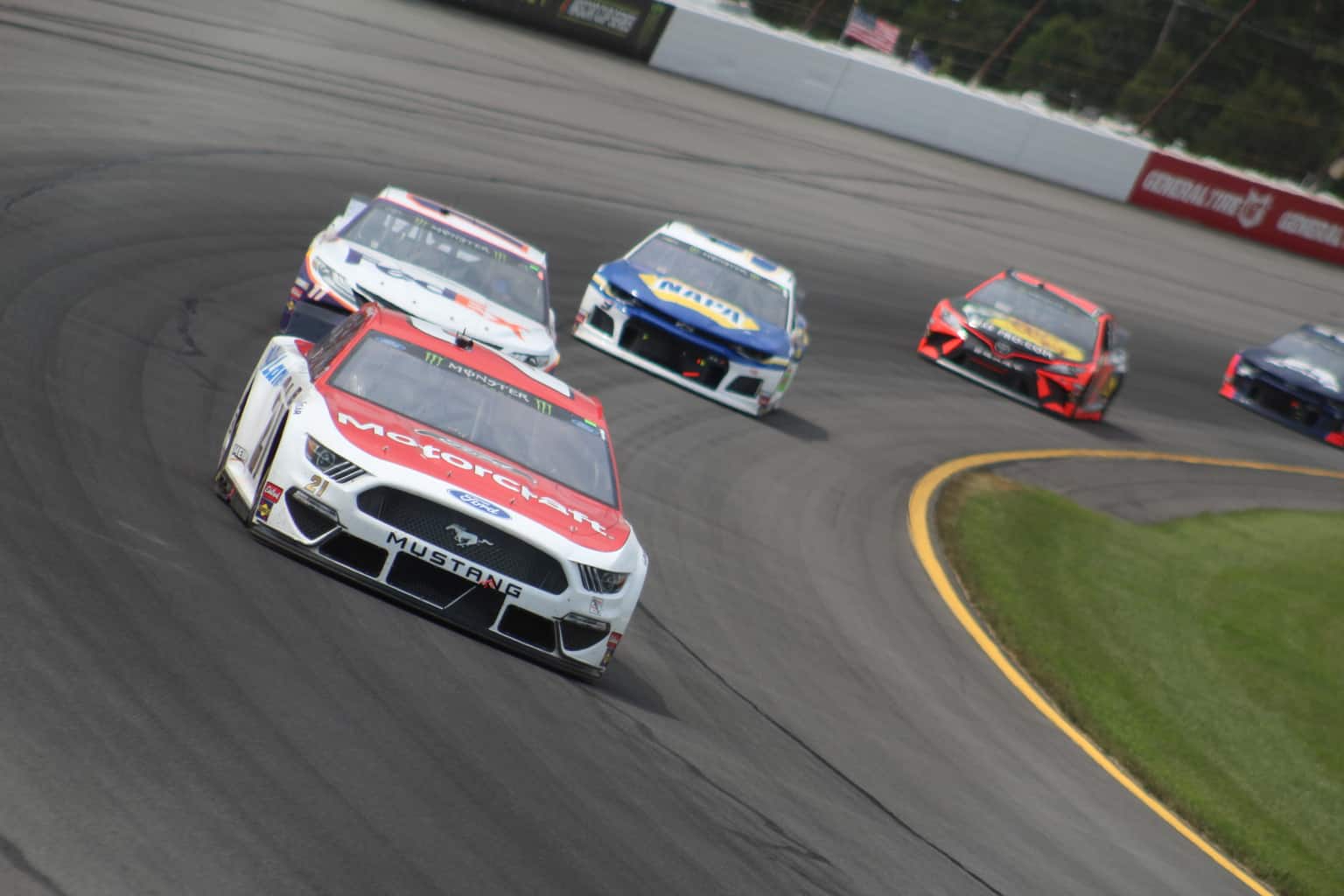 Guess what’s back, back again? Pocono Raceway’s back, tell a friend.

The Monster Energy NASCAR Cup Series teams head back to the Tricky Triangle for Sunday’s (July 28) Gander RV 400. The cars will again use the lower horsepower package with aero ducts. This time around, though, the PJ1 traction compound will be on all three turns.

Pocono is 2-and-a-half miles long with wide straightaways and three distinct turns. Only 160 laps are contended, which means only 40 extra DraftKings points are available for laps led. In June, the winner led 79 laps and had 49 fastest laps. Only two other drivers had more than 10 laps of each.

What does this mean for daily fantasy? Well, for one, you want the winner in your lineup, and two, you’ll need drivers capable of finishing higher than where they began. Also, tech inspection is Sunday morning and lineup will be official after. Anyone who doesn’t pass will start from the rear of the field. If any cars fast in practice incur this penalty, they could be great value for your roster.

Here are the 2019 DraftKings NASCAR Rules

You can use the following picks as a starting point for building your own DraftKings lineup. Be sure to check for updates Sunday before the race and adjust your roster as necessary.

Kyle Busch comes at a premium price on DraftKings, and for good reason. He’s the favorite to win, with all three of his wins coming within the past four races there. In June, he led 79 laps and had 49 fastest laps en route to his 55th career series victory. Recent years produced similar results; in 2017, he led 174 laps across both races and had a combined 70 fastest laps.

Since his last win this season, he’s earned three top fives (including two runners-up) and four top 10s. Overall, Busch has four wins, 11 top fives and 17 top 10s in 20 races this year. He also is averaging a 7.1 finish. According to Linestar, he was in the perfect lineup on DraftKings seven times so far. While you don’t need to be perfect to cash, you should consider rostering him this week because of his speed and ability.

Blaney generally has finished higher than where he began at the Tricky Triangle. One of those instances came in 2017, when he led just 10 laps but earned his first Cup series victory. He does only have two other top 10s there (in 2016 and 2018), but he’s capable of earning you some much-needed place differential points.

So far this year, Blaney has six top fives and eight top 10s, and he ends the race on average around 15th. He’s the lone Team Penske driver still striving for a win. While he had more fastest laps at the beginning of the season, he has been finishing fairly well since the first Pocono race. He’s also steadily earned 40-50 DraftKings points in that stretch (except at Daytona International Speedway). You need a consistent driver like Blaney to cash your contests.

Busch has only had two top fives and three top 10s since the first Pocono event. However, one of those was a memorable overtime finish where he surged ahead of younger brother Kyle on the final turn. At that Kentucky Speedway race, he led 41 laps and had 36 fastest laps. Those statistics boosted his DraftKings score that night to 77 points. While such a score has not been the norm thus far, he still has upside at a fairly reasonable price.

Additionally, Kurt has a fairly successful history at this track across his 36 starts. While he has just three top fives and five top 10s in the last nine races, one of those was a victory in 2016. Earlier this year, he qualified 21st and finished 11th, earning 43 DraftKings points for those who rostered him. If he again qualifies poorly but shows speed in practice, he could be a valuable play for your lineup.

Jones is another fairly inexpensive driver that could be good to stack with his Joe Gibbs Racing teammate Kyle Busch. Although Jones doesn’t have an extensive history at Pocono, it’s pretty incredible what he has done. His best finish was third (twice) in June of this year and in 2017. There’s only one race where he started and completed the race in the 20s. If he could start in the teens and finish in the top five, he would be a great value in daily fantasy.

Not only has he had success there, but he’s also been very fast this season. He’s finished with a season’s best third five times so far, including the past two races. He has six top fives and 10 top 10s, but has only led 50 laps so far. Still, he is capable to get points for fastest laps and has amazing upside if he doesn’t qualify well. At Kentucky, he earned 70 DraftKings points, finishing third after starting 21st and had 21 fastest laps. He’s a good bet to end Sunday’s event in the top five and possibly even win, if he can beat his cohorts.

Wow, how about Ryan Newman? He has had an amazing year so far, especially in recent weeks. So far this season, he has one top five and eight top 10s and has an average finish of 13.5. Five of those top 10s have come after June’s Pocono race. He’s been a man on a mission, persevering through every setback that has come his way, and has great momentum coming into this week. While he hasn’t qualified as well, his high finishes has helped boost his DraftKings score. Aside from the second Daytona race, he has three 50-plus fantasy points out of four races. That’s some incredible value for his price.

Even though his lone win at Pocono was in 2003, he does offer the potential to finish ahead of where he started. His best finish in the past few years came in last year’s Gander Outdoors 400, when he was eighth. In June 2016, he ended the race 12th, 10 spots ahead of where he began. He also finished the second race in 2017 six places higher in 14th. If he continues to produce great finishes like he has this year, he could be key to cashing your fantasy contests.

Buescher, driving for JTG-Daugherty Racing, has had a fairly good season thus far. He hasn’t finished outside the top 20 since Dover International Speedway and has four top 10s, including at Kentucky. He also has a tendency to finish ahead of where he began, which is helpful when looking for value fantasy plays. In the first race in Long Pond, Buescher scored 40 DraftKings points after starting 24 and finishing 14th. He also won this event in 2016 after a strategy call and overbearing fog placed him in the lead. If he has similar results from this season and past races at Pocono, he would be a great low-cost play for your roster.

He’s listed here because of his recent achievements within the previous five races this year. He has two top fives and three top 10s in that stretch. The speed he showed last week at New Hampshire Motor Speedway proved that his finishes at Sonoma Raceway and Daytona weren’t flukes. While he doesn’t have a stellar history at Pocono, he still has the capacity to end races higher than where he begins. DiBenedetto would be a good cheap option for your lineup, as long as he avoids trouble on the racetrack.