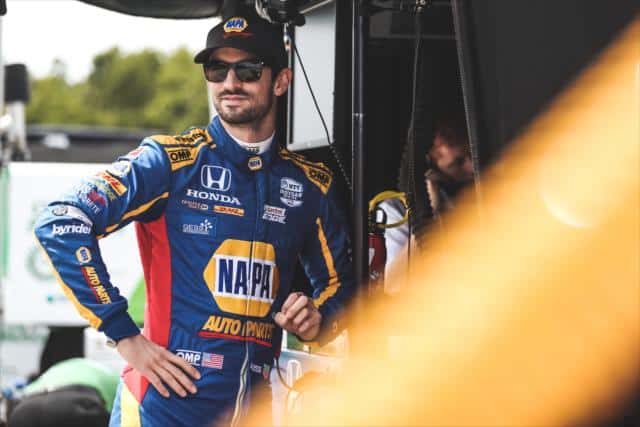 After much speculation of where Rossi might land if he did not re-sign with Andretti, the driver-team pairing has inked a three-year contract for the driver of the No. 27 NAPA Auto Parts machine. Rossi holds a one-year option with the new deal.

Rossi has won two races so far this season and won his first career race – the 2016 Indianapolis 500 – as a rookie with the team.

The contract for the driver extends until 2024 and was finalized on location for the series this weekend. That’s at Mid-Ohio Sports Car Course, where Rossi and the field will take the green flag on Sunday.

NAPA has been with Rossi since his rookie season, and the driver has quickly emerged as one of IndyCar’s brightest young stars.

Honda’s contract was also vital to the team’s future, with the manufacturer wanting a slightly longer deal for Rossi. This was due to Honda wanting Rossi to become the lead developmental driver in the series’ new 2.4-liter engine formula, set to make its debut in 2021 and feature an increase to 900 horsepower.

“We’ve been working hard on this, and I’m happy to see everything come together,” team owner Michael Andretti said.

After considering a move back to powerhouse and Penske backer Chevrolet, Andretti stuck with Honda, who primarily backs teams such as Andretti and Arrow Schmidt Peterson Motorsports.

The longtime pairing of Andretti and Honda has brought three championships and five wins at the Indianapolis 500,

“Over the past four years, we’ve built a very strong team with great chemistry and I believe that we have the tools necessary to win races and championships,” Rossi said. “I’m looking forward to not just calling this my team, but my home in the IndyCar Series.”