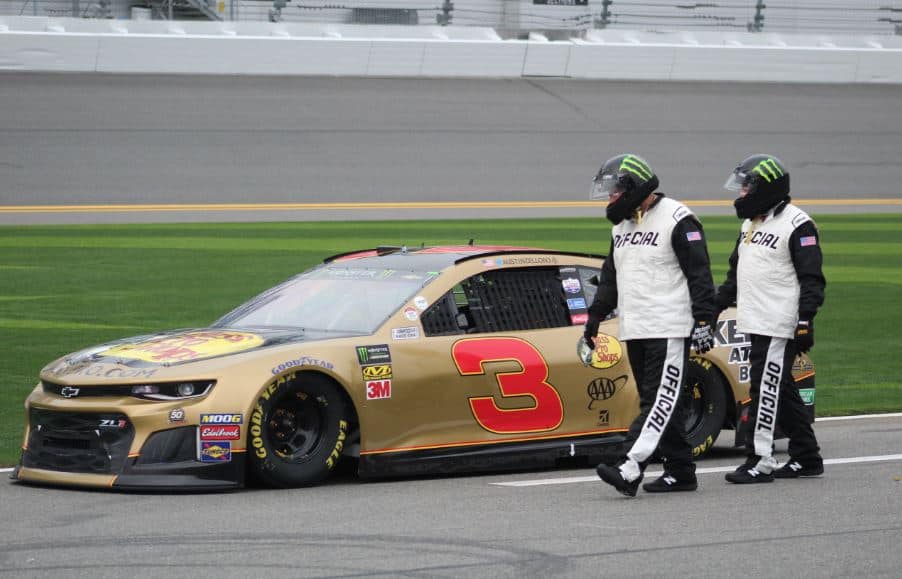 The curse of inspection in 2019 carried onto Pocono Raceway, with nine different drivers forfeiting their starting positions after failing inspection Sunday morning (July 28).

Hendrick Motorsports was hardest hit, with its flagship teams of William Byron and Jimmie Johnson forced to start at the rear. Both teams will lose top 10 starting spots as a result. Austin Dillon also failed inspection after qualifying fifth on Saturday. The No. 3 team passed inspection at approximately 12:30, and has had a crew member ejected after taking three tries to clear tech.

The failures this weekend were confined to the Chevrolet and Ford camps, with all Toyota entries clearing inspection. Outside the top 10 starters, Michael McDowell, Ryan Blaney, Chris Buescher, Corey LaJoie, Saturday’s Gander Outdoors Truck Series winner Ross Chastain and Reed Sorenson all failed inspection and will be forced to start at the rear for today’s Gander RV 400.