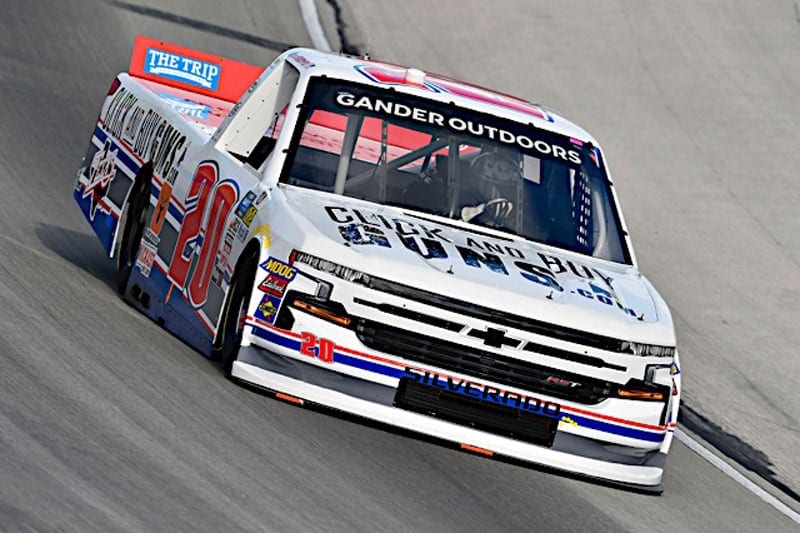 With Boyd out of the seat, Landon Huffman will fill in for the driver of the No. 20.

Boyd alluded to back pain as the cause on Twitter, and that he went against his doctor’s advice and raced at Pocono Raceway last weekend.

“I’ll be taking his advice this time and sitting out Eldora and perhaps more races to heal properly,” Boyd wrote.

Thanks for the support guys. #boyd20 pic.twitter.com/ya8zEt0EnA

This year has been Boyd’s first full-time season in Truck Series competition. He started off the season with a fourth-place effort at Daytona International Speedway, with his second-best finish this season an 11th-place result at Texas Motor Speedway.

“I’m devastated to say the least, but I know I have a long career ahead of me with many more races,” he tweeted, adding that he looks forward to being back on track when he feels 100%.

His replacement for Eldora, Huffman, has raced three Truck Series races over the last two seasons, finishing 17th at Martinsville Speedway in 2017.

No other substitutes have been announced for the additional races Boyd may sit out.

The Eldora Dirt Derby qualifying heats will get underway shortly after 7 p.m. on Thursday, Aug. 1, with the main event set to start after 9 p.m.

Tony Stewart punched out a heckler the other night. Odd that no outlet that covers NASCAR has the story of a major team owner punching some fool heckler out. https://nypost.com/2019/07/30/tony-stewart-punches-a-heckler-in-the-face-at-racetrack/