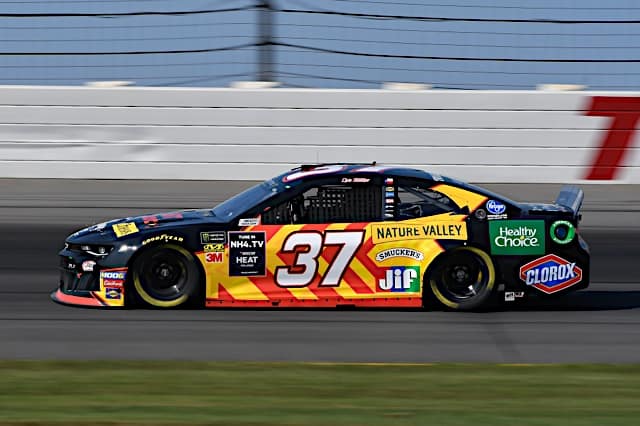 The majority of the battles for supremacy in terms of underdogs in 2019 have been between Chris Buescher and Matt DiBenedetto. Sunday (July 28) at Pocono Raceway was just more of the same.

Buescher and the No. 37 JTG Daugherty Racing Chevy took top dog honors, but not by much. His 16th-place finish was only one spot better than DiBenedetto, who claimed the 17th position in the final rundown. Buescher now has an impressive 10 consecutive top-20 finishes, by far the longest such run of his Monster Energy NASCAR Cup Series career.

The No. 95 Leavine Family Racing Toyota has been on a bit of a hot streak lately, with two top fives and three top 10s in the last six races.  DiBenedetto qualified 10th and finished lower than his starting position for the first time since Charlotte in May.

While no other underdog drivers managed to sneak into the top 20 on Sunday, it is worth noting Matt Tifft, who finished 22nd. Tifft has been one of the more improved drivers in recent weeks and continues to notch finishes in the low 20s for his Front Row Motorsports team.

On Saturday (July 27), the NASCAR Xfinity Series drivers took to the Iowa Speedway for their second visit of the summer. Highlighting the efforts of the underdogs in that division was Shane Lee. Lee earned the first top-10 finish for his new team, H2 Motorsports. Ryan Seig finished 12th, Gray Gaulding 14th, and Josh Williams was 15th.

The Gander Outdoors Truck Series drivers had their turn on the Pocono triangle Saturday afternoon as well. Ross Chastain continued his stunning 2019 campaign, picking up his third win of the season. Chastain is already among the championship favorites despite only accumulating points for two months.

In 1990, Kenny Bernstein was the owner of a single -car team with the No. 26 Buick. Quaker State sponsorship had the car sporting a bold green color, and after the departure of Ricky Rudd, the team needed a new driver. In stepped Brett Bodine, the middle brother of the Bodine trio, sandwiched in between 1986 Daytona 500 winner Geoff and Busch (Xfinity) Series standout Todd. Brett hadn’t been to victory lane yet but Bernstein had, and it seemed as though the pair could enjoy success together.

After a best of eighth over the first six races of 1990, Bodine found himself running among the leaders at North Wilkesboro Speedway. During a round of green flag pit stops, the caution waved, leaving NASCAR fumbling through its scoring information about who should be in the lead. The caution flag dragged on for 18 laps while officials tried to sort out the mess. Finally, Bodine was declared the leader and the race resumed. With passing difficult on the tight half-mile, Bodine was able to hold the lead over the final 64 laps under green and scored the win.

After the race, runner-up Darrell Waltrip protested to NASCAR executive vice president Bill France Jr., claiming that Bodine had been given the lead when he actually should have been posted one lap down. France told Waltrip to simply drop the argument, based on the fact that he would win plenty more races and Bodine may not have as many opportunities. While it would prove true that Bodine never won another Cup race, Waltrip went winless in 1990 and would only win five more races in his Cup career.

Great weekend in Pocono with lots of blessings to be thankful for! Races like today are what help our team continue to grow and thrive. Proud of how hard everyone works to get the absolute most out of what we have, and never giving up. pic.twitter.com/F6BXjLKZL7

On the grid and ready to roll! pic.twitter.com/BtAYD0LRsf

This was a neat surprise…the whole crowd outside the media center sang to me! https://t.co/ANWqqvCI10