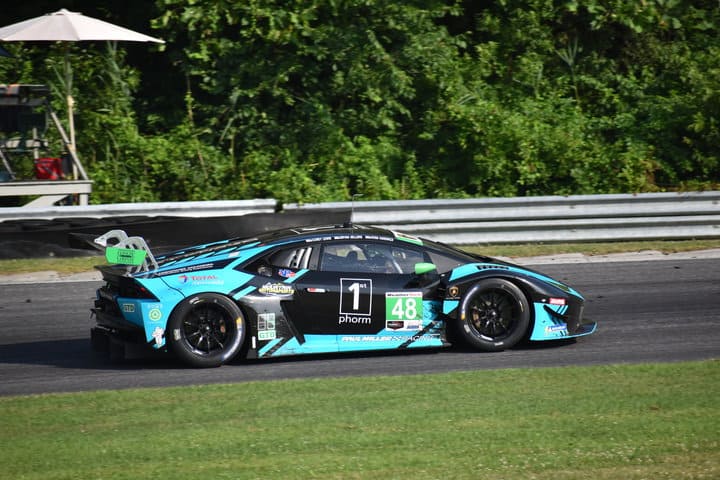 For Sunday’s IMSA Road Race Showcase at Road America for the IMSA WeatherTech SportsCar Championship, there are currently 35 teams entered.  This is a slightly fewer number of entries as compared to the last race with all four classes in action at Canadian Tire Motorsport Park.

In the Prototype class, there are only 10 cars entered this weekend.  The biggest news here is that Juncos Racing is not making the trip.  Victor Franzoni‘s huge crash at CTMP wrote off their only fully built-up Cadillac DPi-V.R.  As a result, the team was forced to build a replacement car out of their spare tub.  The new car is not yet ready, forcing the team to miss Road America.  After Sunday, there are only two races remaining for Prototype teams, the next one being at WeatherTech Raceway Laguna Seca in September.  Look for Juncos Racing to return there.

The remaining 10 DPi teams are all present and unchanged lineup-wise from CTMP.  There have been adjustments to the Balance of Performance that will see the Mazdas and Cadillacs have 20 kilograms (~44 pounds) added to them.

LMP2 still only has the two full-time squads from Performance Tech Motorsports and PR1 Mathaisen Motorsports.  Both teams have driver changes of note.  At Performance Tech, Kyle Masson will not be in the car this weekend.  In his place will be James French, who has raced with the team for years, but will be having his first go in the ORECA 07-Gibson.  PR1 Mathiasen Motorsports welcomes Patrick Kelly to replace Eric Lux.  Kelly is a former competitor in what is now the IMSA Porsche GT3 Challenge Cup.

GT Le Mans will see no changes from Lime Rock.  All eight teams will be back in force.

Finally, GT Daytona has 15 entries this week.  Paul Miller Racing was supposed to have Ryan Hardwick back this weekend after missing Lime Rock.  However, a subsequent visit to the doctor revealed some bad news.  According to the team, Hardwick had a MRI that revealed a torn ACL, along with meniscus tears in his left knee.  The need for surgery will end Hardwick’s season.  As a result, Corey Lewis will continue in the the No. 48 Lamborghini alongside Bryan Sellers for the rest of the season.

Starworks Motorsport is back after missing the last two rounds in order to improve their Audi R8 LMS GT3.  Lone Star Racing is also back with their Mercedes.

Finally, the Porsche Young Professionals will switch cars this weekend.  Dennis Olsen, who co-drove the class winning PFAFF Motorsports Porsche at Lime Rock with Zacharie Robichon, will drive the No. 91 Porsche with Wright Motorsports alongside Anthony Imperato.  This was the originally planned lineup for Blancpain GT World Challenge America for the team before the series ruled against it.  Meanwhile, Matt Campbell, who is Imperato’s regular Blancpain GT World Challenge America teammate, will move to the PFAFF Motorsports Porsche alongside Robichon.  Scott Hargrove is scheduled to return to the team at VIR.