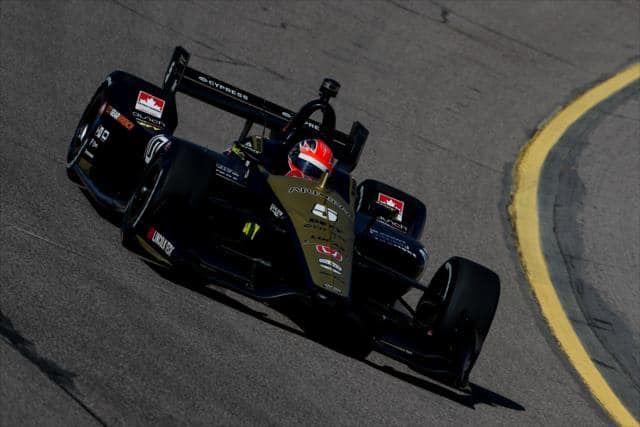 Some new technology is coming to INDYCAR in the future. INDYCAR announced Thursday (Aug. 1) that it will begin implementing hybrid engine technology for the 2022 NTT IndyCar Series season.

The new system would also allow for drivers to activate the starter from inside their cockpit, a design feature first incorporated onto the Panoz DP01 for Champ Car in 2007. That car also had the more traditional method of starting via external motor from the rear available as well.

Honda and Chevrolet, which provide the current engines, will partner with INDYCAR to manufacture the 2.4-liter internal combustion engine with a hybrid powertrain.

INDYCAR officials believe that this system should help the on-track product for both drivers and fans of the series, as it will boost the push-to-pass system’s horsepower.

“It’s an exciting time for INDYCAR with the forthcoming evolution of the cars and innovations like the hybrid powertrain being incorporated into the new engine,” said INDYCAR President Jay Frye. “As we move toward the future, we will remain true to our racing roots of being fast, loud and authentic, and simultaneously have the ability to add hybrid technology that is an important element for the series and our engine manufacturers.”

The new hybrid technology introduced comes along the same timeline as the next generation’s chassis. It also allows extra time for an additional Original Equipment Manufacturer to join Honda and Chevrolet in the series.

“Chevrolet supports delaying the implementation of the revised engine regulations until 2022 to coincide with the NTT IndyCar Series introduction of new technologies with the chassis,” U.S. Vice President of Performance and Motorsports Jim Campbell said.

“The partnership between Chevrolet and IndyCar remains a strong platform for showcasing relevant technologies that we incorporate in our production engines, and transfer learnings in performance, reliability and efficiency between the racetrack and the showroom.”

The hybrid system will give a power boost for the vehicles, producing 900-plus horsepower under push-to-pass. Currently, drivers have approximately 750 horsepower when using push-to-pass.

“Honda is committed to racing in order to develop people and technologies relevant to the future of our sport and our world,” said Honda Performance Development President Ted Klaus. “INDYCAR offers us the perfect platform to prove out both people and technologies in an environment where measurement of successes and failures is crystal clear.”

It would also help drivers to restart the cars themselves while stalled on the racetrack. This lowers the amount of time used while waiting for the AMR Safety Team to restart the vehicle manually.

North American motorsport is being drug headlong into the future.

On board starters? About time.