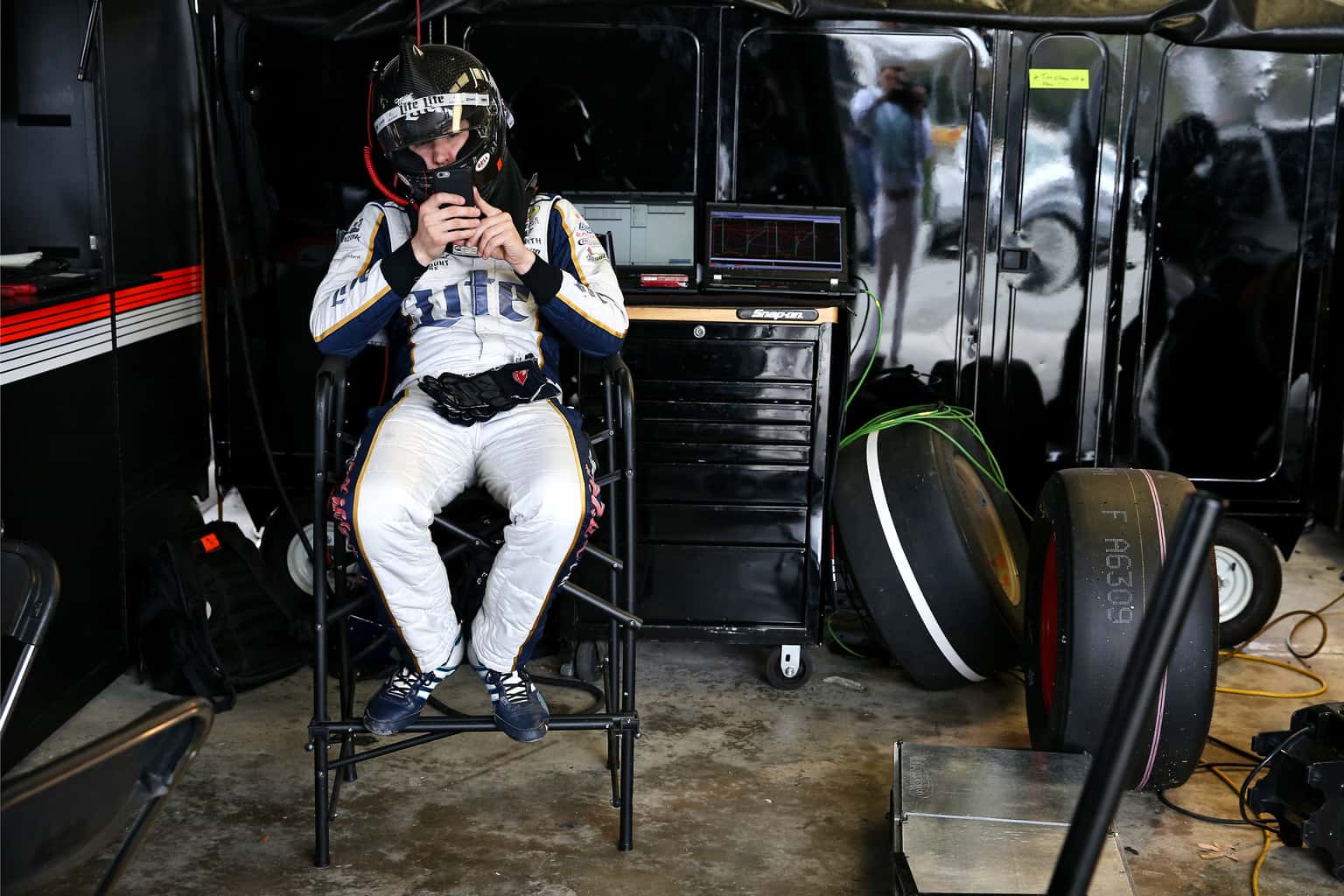 For the second time in less than a year, Jimmie Johnson will have a new crew chief. Was the move necessary and will it help their results?

Mark Kristl: The move felt like a Hail Mary from Hendrick Motorsports. In his first year with Ally as his sponsor, Johnson has underperformed. Chase Elliott and Alex Bowman already are locked into the playoffs with wins and William Byron has greatly improved in his second Monster Energy NASCAR Cup Series season. Whether the crew chief change pans out remain to be seen, but Jimmie Johnson and the No. 48 team feel pressure to perform better.

Wesley Coburn: Yes, it was necessary, but no, it won’t help their results. Johnson’s at the point in his career where he’s just another car in the pack taking up space. It happens to everybody, but he should hang up the helmet next year. The only way he has a chance to win now is by spinning people (see Martin Truex Jr. at the ROVAL or the Clash).

Amy Henderson: Um…maybe?  Something had to change, but I’m not convinced the crew chief is the issue–it’s hard to overlook the fact that Johnson has struggled hard since losing his longtime car chief Ron Malec, and so perhaps that’s where the change should have come.  That said, Johnson and Kevin Meendering had kind of a strange vibe on their communication during races, as Meendering would often relay information to the spotter to pass on rather than to Johnson directly. That always struck me as strange. Overall, the move was a Hail Mary, as Johnson is looking at missing the playoffs since the playoffs were a thing. He’s had speed sometimes, but not consistently, so if someone else can figure out how to get more out of the No. 48, it can only help.

What is the best way to fix the inspection issues that continue to come up every week?

Henderson:  Um…show up with legal cars?  At the end of the day, it’s on teams to bring a car that will pass inspection. However, I still think the process is too technical anymore.  Go back to the individual templates (not the full body claw thing) and manual measurements and call it good. It worked just fine for years, and while I get wanting to be fair, it was a lot more fun when there were at least a few grey areas teams could play with and still be legal if they did it right. I miss that.

Last week, some drivers called each other out and voiced their disagreements regarding on-track incidents over social media. Should drivers air their dirty laundry?

Henderson: I don’t have a problem with it, to a point.  I think there is a line–don’t cross into personal territory–but if a driver wants to call someone out for doing him wrong, whatever.  He’d just better be ready for the backlash.

Coburn: Probably not, but they’re human, so they do.

Kristl: Like my colleague Wesley Coburn writes, they should not, but they do. At least it provides entertainment for some fans.

Eldora has become a marquee event not only for the Truck Series but for NASCAR as a whole. What Cup driver would you like to see run this event?

Kristl: Kyle Busch should compete in the Eldora Dirt Derby. Why? Because he is the winningest driver in NASCAR Gander Outdoors Truck Series history, and racing at Eldora Speedway may further display his tremendous talent. It may also silence a few of his critics who believe he wins in the Truck Series simply because he has the best equipment. At Eldora Speedway, the dirt largely neutralizes the differences in equipment.

Henderson: Honestly?  None.  I like that it showcases the talent in the Truck Series.  I don’t like Cup interlopers in other races, so why should Eldora be any different? I do miss the Prelude to the Dream race that they used to run at Eldora, when racers from several series, even NHRA drag racing, tried their hands in true dirt cars.  With nothing on the line but a trophy and bragging rights, that was fun.

If this doesn’t work out, and Johnson ends up with a new crew chief again before the end of 2020, watch out for the Danica Patrick jokes.

Coburn, they usually don’t inspect all the cars at the end of the race. The last I heard it was like the top 3 and maybe two random cars. Maybe that’s changed. I like the way Mark is thinking. If someone sits out or put at a severe disadvantage (like 5 laps), then everyone will magically start passing inspection.

I’m OK with the drivers airing their issues over social media. It will save them time finding the other driver after the race and it may brew a little more rivalry once someone says something that really touches a nerve. Is it good? I don’t think there is anything good about social media. I think it’s dragging the whole culture down. So no, it isn’t good but why should the drivers not be doing what everyone else already is.

Maybe J-Jo could change his hair stylist too. That would result in a bigger change.