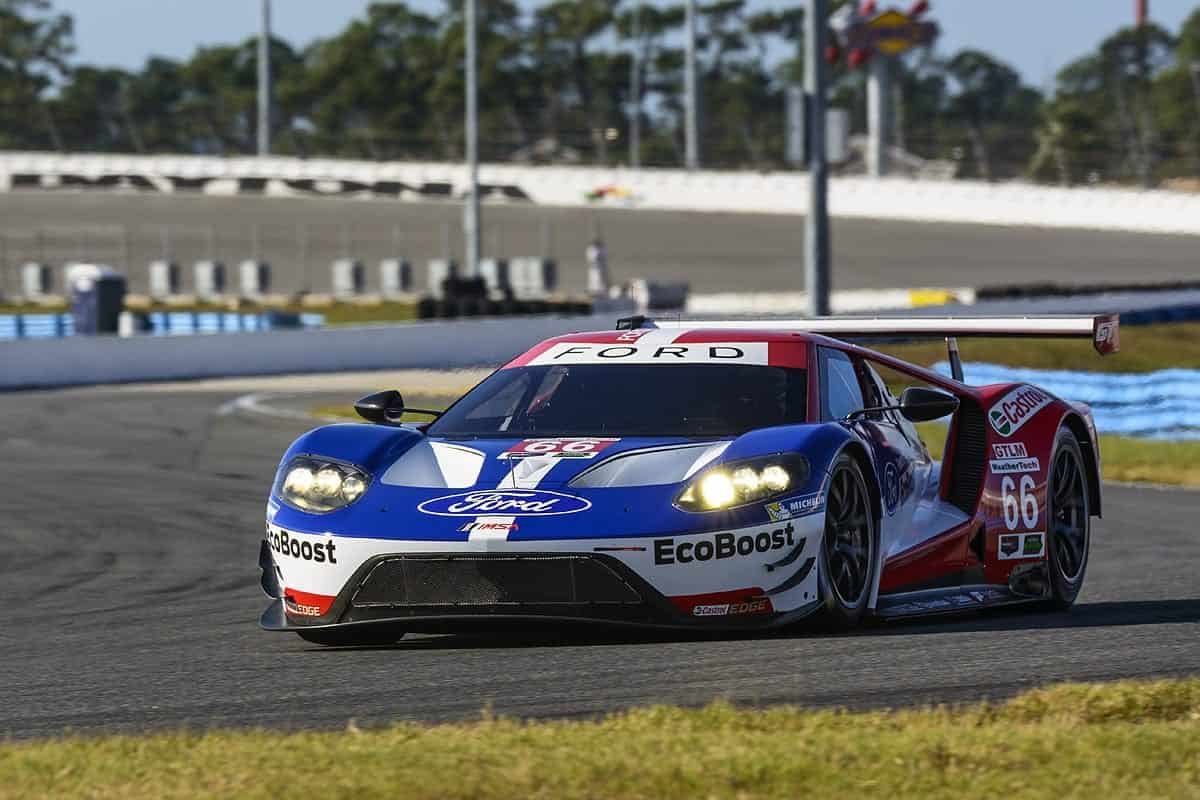 IMSA held its annual State of the Sport address at Road America Friday night (Aug. 2). In the short term, the sanctioning body released 2020 schedules for IMSA’s series. It also gave an update on the development of the next generation of DPi chassis.

For 2020, there really will not be all that much change schedule-wise. The IMSA WeatherTech SportsCar Championship will have 12 rounds once again, starting with the Rolex 24 at Daytona in January and ending in October at Michelin Raceway Road Atlanta. Long Beach in April has been moved back a week, but that is only because of where Easter falls in the calendar in 2020.

Also important is that Mid-Ohio in May will no longer clash with the FIA World Endurance Championship. The WEC announced last week that Spa has been moved up a week in order to prevent a clash with the inaugural Seoul e-Prix.

TV-wise, NBC will air the first three hours of both the Rolex 24 at Daytona and Motul Petit Le Mans at Road Atlanta. In addition, it will air the full race at WeatherTech Raceway Laguna Seca. Road America, which will occur during the 2020 Summer Olympics in Tokyo, will air on CNBC. The Mobil 1 12 Hours of Sebring will be split between NBCSN and CNBC.

For GT Daytona teams, the WeatherTech Sprint Cup returns for 2020. Detroit will remain a Sprint Cup-only race for the class that doesn’t count towards the regular championship. Also, there will be 15 additional minutes of Bronze and Silver practice at the beginning of the second practice session of the weekend. This time will not be exclusive to GT Daytona teams, though.

The LMP2 class will have the Rolex 24 at Daytona removed from the championship in 2020. That said, LMP2 teams are still welcome to come and compete, but no regular points will be on the line. Michelin Endurance Cup points will still be on offer. The result will be a seven-race schedule with six counting toward the regular championship. The hope is that this will cure the car count issues in the class (only two teams are currently full-time, while DragonSpeed added two cars to the grid for Daytona only). In addition, amateur drivers will get the same extra practice that GT Daytona amateur racers will get.

For GT Le Mans, there will be two new cars on the grid, the Porsche 911 RSR-19 and the not-yet-revealed Chevrolet Corvette C8.R. The schedule is unchanged with no Detroit.

For 2020, there will be no change from 2019 for the IMSA’s primary support series. There will still be 10 races on the schedule, all on the undercard for the WeatherTech SportsCar Championship.  The Australian publication Auto Action reported in June that Mazda is developing a new TCR racer based on the Mazda3.  The car will likely race in both Michelin Pilot Challenge and the TCR class in TC America.  The car would also compete in TCR competition in Australia, where the Mazda3 is one of the best-selling cars.

Once again, Prototype Challenge teams will have six races in 2020. The season will start with a three-hour race at Daytona International Speedway in January as part of the ROAR Before the 24 on Jan. 5. Additional races will be at Sebring, Mid-Ohio, Canadian Tire Motorsport Park, Road America and Michelin Raceway Road Atlanta.  Road America will replace Virginia International Raceway on the schedule. Like this year, the CTMP round will serve as the second three-hour enduro of the year. The remaining four races will be 105-minute events.

The biggest change here will be the elimination of a 150-second minimum pit time, which allowed teams to take their time. For 2020, pit stops will be live. In addition, Platinum and Gold-rated drivers will not be allowed to compete in the series in 2020. It will effectively be amateur-only. Each car must have a minimum of one Bronze-rated driver. There is also a new minimum of two drivers for every race and a  maximum of three drivers. Three-driver teams are only allowed in the three-hour races. In 2019, single drivers are currently allowed in the 105-minute races. Finally, IMSA has created the Bronze Cup , a championship-within-the-championship for Bronze-Bronze driver lineups.

In addition, the IMSA Michelin SportsCar Encore at Sebring is back this year, scheduled for Nov. 10. This year, the race will have GT3 teams added to the mix, in addition to the LMP3, GT4 and TCR cars that return from last year. GT3 cars were actually originally on the list for last year, but they were ultimately dropped. The race is oriented toward amateur drivers. There is a maximum of one Gold-rated driver per team. Platinum-rated drivers are not allowed to participate. Also of note, the race doesn’t have any major conflicts this year, which should boost car count.

That race will be joined by the new Sebring NovemberFest, which is a series of exhibition race for Porsche GT3 Cup cars. This will be a series of three 45-minute races open to all Porsche 911 GT3 Cup cars from the 991 generation.

Finally, there were some updates given to the DPi 2.0 plans. Currently, IMSA is in discussions with 10 or 11 manufacturers that could potentially provide the single-source hybrid technology. That said, both turbocharged and naturally aspirated engines will continue to be legal going forward. There will be much more creative freedom in styling as compared to the current DPis, but there will still be certain areas of the car that are locked down.

The official timeline is that IMSA wants to have the Technical Regulations for 2022 released sometime in the first quarter of 2020. IMSA president Scott Atherton wholeheartedly believes such a timeline to be feasible. There are currently nine manufacturers that are in on the discussions (a 10th, according to Atherton, is “threatening to join”).

Finally, IMSA is expanding its green initiatives in 2020. Tire allocations in both the WeatherTech SportsCar Championship and Michelin Pilot Challenge will be cut in 2020 in order to reduce environmental impact. The move will also likely save teams a little bit of money as well.  In addition, the series is researching the return of alternative fuels as part of the DPi 2.0 initiative. Currently, the teams race on either E-10 or E-20C fuel.