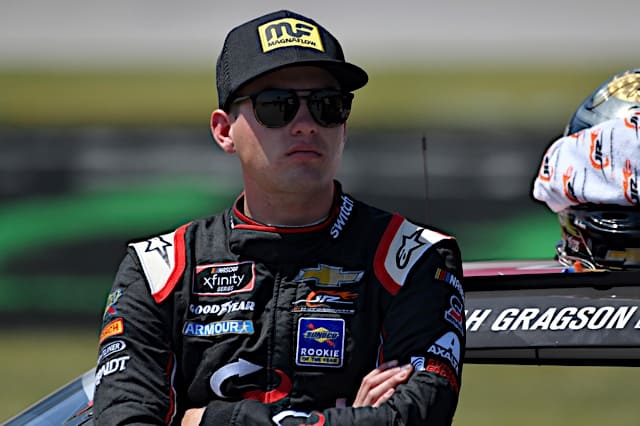 Noah Gragson came into his first full season in the NASCAR Xfinity Series with a lot of momentum. In his series debut for Joe Gibbs Racing at Richmond International Raceway last year, Gragson led 10 laps and challenged for the win before finishing second. He ended up with two top-five results and no finish worse than seventh.

The reality of racing for JR Motorsports while Cole Custer, Christopher Bell and Tyler Reddick have dominated the season to this point has tempered Gragson’s expectations significantly. Now, he no longer expects to win.

“I’ve had to really change my mental approach going into weekends,” Gragson said in Watkins Glen Friday. “Based on my three runs last year, we were going to go compete for wins. We changed that approach to [where] we need to maximize that day for what we have. [If I can do everything I can] on my end, that’s what feels like a victory to me right now.”

On paper, it sounds somewhat defeatist. Gragson looked like it as well. However, that mentality was not so much because of his season, but due to his on-track performance in practice. Gragson was 11th in the first session and ninth in Happy Hour. He was more than a second off of the pace set in both sessions by Kyle Busch, who was more than a quarter of a second faster than second in both sessions. Gragson described seeing Busch drive away from him in the Esses to be frustrating. He also believes that he has no chance at beating Busch in the race, stating “we’re all in Kannapolis, while he’s here in Watkins Glen.”

Gragson’s demeanor recalls that of Bill Elliott in the 1987 Winston 500 at Talladega. After dropping out due to engine failure, ESPN’s Dr. Jerry Punch asked Elliott about whether he (when he was still running) or anyone else could beat Davey Allison.

Gragson also referenced a priority that is often seen in series such as Formula 1. His goal for now is to be the best driver at JR Motorsports, and he feels that if he can do that, his day will be a success. Based on those criteria, Friday wasn’t all that bad. In both sessions, Gragson was right there with teammate Justin Allgaier, while he was quicker than both Michael Annett and Ryan Preece.

Despite those feelings, Gragson has still managed to put up decent results. Through 19 races, he is sixth in points with four top-five and 11 top-10 finishes. His best result to this point has been a second at Michigan in June, while he enters Watkins Glen with the momentum of a fourth-place finish last weekend in Iowa.

Going forward, Gragson’s primary goals are centered upon minimizing mistakes and making sure that he is the best finishing JR Motorsports Chevrolet. It’s not as flashy as winning races and isn’t the ultimate destination, but it’s progress.