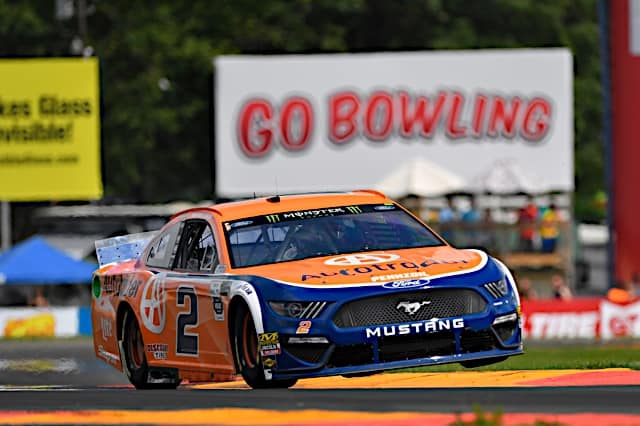 NASCAR often seems to be in a constant state of change.

Many of those changes have been hotly debated among fans, especially when it comes to the future of the sport.  But there is one change in the last decade that often gets overlooked and may well impact NASCAR’s direction into the 2020s.  Road course racing is on the rise in NASCAR.

Consider how most fans, and even a lot of competitors, thought about road racing just 10 years ago.  The Monster Energy NASCAR Cup Series’ annual visits to Watkins Glen International and Sonoma Raceway were hardly expected to be highlights of the season.  There would usually be a handful of drivers with a history of excellence on road courses who were the most likely to compete for victories.

Jeff Gordon and Tony Stewart would probably be the first two drivers in this group who come to mind.  Other racers, like Juan Pablo Montoya and Marcos Ambrose, who ran mid-pack most weeks, had an opportunity to shine and steal a win for themselves.  But there were a lot more drivers who approached road racing with a “just get through it” attitude until the next oval race on the calendar.

Road racing certainly was not new to NASCAR.  The Cup Series made regular visits to Riverside International Raceway for decades, and Sonoma and Watkins Glen have been fixtures on the Cup schedule since the late 1980s.

Yet the road course events of the 1990s and 2000s never reliably produced compelling racing in the way that short tracks or superspeedways did.  Drivers often struggled with making passes while navigating the twisty tracks in heavy, ill-handling stock cars.

As NASCAR’s popularity boomed with the arrival of the new millennium, it did so with the understanding that road course racing was something that lived on the fringes of the stock car landscape.  Sure, road races were a nice change of pace, but they were not a significant part of what made NASCAR special.

Much of that attitude has changed in the last decade.  We are in the midst of a cultural shift in how the stakeholders of NASCAR view road course racing.  Gone are the days when a big chunk of the industry shrugged off road racing as little more than a distraction.  Sonoma and especially Watkins Glen have become two of the most anticipated events of the year, often producing exciting, intense races chock full of memorable moments.  Road course racing has entered NASCAR’s mainstream.

Perhaps Elliott has become the new man to beat at Watkins Glen, just as Truex has been successful at Sonoma. But there is still a sense that the days of a small group of drivers being able to whip the rest of the field at road courses are over.

Another important factor is how much more physical road racing has become.  The durability of the COT and the Gen 6 cars have allowed road races to take on some characteristics of short track racing.  Passing can still be difficult at road courses (remember Sonoma earlier this year?), but with increased driver confidence comes an increase in the use of the chrome horn.  Where drivers of previous decades would shy away from making contact at road courses, today’s drivers do not.

And speaking of contact, there was plenty of it at the Glen.  Something must have been in the water at Seneca Lake this weekend because tempers flared even among some of NASCAR’s more mild-mannered racers.

In Saturday’s Xfinity race, Justin Allgaier did not appreciate getting turned in the bus stop by Ross Chastain.  So Allgaier spun Chastain in the carousel later in the race, sending Chastian’s No. 4 into the tire barrier.

It turns out the Allgaier/Chastain affair was just a teaser for the Cup race.  First, Kyle Busch spun in turn 1 while trying to pass William Byron early in the race.  Busch responded by shoving the No. 24 through the bus stop toward the end of the first stage, prompting Byron to retaliate by hitting the No. 18 in the back bumper.  The final exchange was when Busch jammed on his brakes, causing significant damage to the nose of Byron’s car.

But the fireworks in the carousel were not done yet.  On lap 39, Bubba Wallace spun into the tire barrier, apparently after contact from Busch.  Wallace got back to Busch on lap 62, and, much to the delight of the crowd, spun Busch into the turn 1 runoff area.  That altercation happened just as Jimmie Johnson spun in the carousel after contact from Ryan Blaney.  The two drivers would exchange words with each other after the race, which ended with an intense battle for the win between Elliott and Truex.  For a while, the long straightaways and sweeping turns of the Glen felt more like the tight confines of Martinsville Speedway.

Sunday’s race is the last time the Cup Series will run a road course event until visiting Charlotte Motor Speedway’s ROVAL at the end of September.  In the more immediate future, the Xfinity Series has upcoming races at Mid-Ohio Sports Car Course and Road America in the next few weeks, while the Gander Outdoors Truck Series will visit Canadian Tire Motorsports Park later this month.

Considering how prevalent road courses have become in the Xfinity Series, it will be interesting to see if NASCAR adds any road races to the Cup Series schedule for 2021.  Having four or five road races in one season would be a pretty big departure from most of NASCAR’s modern era schedules, but the demand is there.

As turbulent and frustrating as the 2010s have been for NASCAR at times, the new appreciation for road course racing is one of the best changes to come out of the last decade.

If more road races do get added to the Cup Series schedule, they will likely become eagerly-anticipated events.  That would have been hard to imagine 10 years ago, but road course racing has become a more central part of NASCAR than ever before.

10 years ago we were clearly stating we wanted more road races and fewer cookie cutters.
Dufus of the race, bubba for sure.
Kyle finished 11th and once again finished 28th, beating only part time cars. Way to go bubba, you cant even wreck a guy right.

Bubba did the right thing. And there is no case for more road courses. Period

Right on. More Vegas clones with glass-smooth pavementt. Makes for a bright future.

The right thing would have meant kyle wouldn’t have finished 17 positions ahead of bubba. He’s inept at taking someone out, but great at taking himself out. Bet you love watching ping pong too.

That was for Michael

Nonsensical article. The hype for road racing is just ignorant desire to “punish” the superspeedways. The racing on road courses is THE LEAST COMPETITIVE in motorsports. Road courses by definition are the worst in incidence of passing and no, it’s not a positive that a bunch of stupid wrecks happen at these places. And they’re not adding to the sport’s popularity. They’re a joke

I think road courses are excellent and provide something car enthusiasts can relate to. Week in and week out car enthusiasts take their personal cars to “track days” at various road courses across the country, running some of these very same tracks which allows a different perspective and appreciation for the fans to realize how good some of these drivers truly are. While wrecks should never be a consideration in the “entertainment value” of a race, I truly enjoy seeing these drivers manage a heavy stock car around a road course and can appreciate when they make a mistake like wheel hopping under braking into a corner because they are pushing it so hard.

Plus, it’s really fun from a fan perspective to be able to to a road course and walk around the track and see the race from different angles, corners, etc. I would really like to see mascara expand its venues for road course racing. While there are certainly things that can be improved upon, it’s far better than adding artificial compounds to tracks to try and increase the competitiveness and number of grooves. In summary, MORE road courses please!

You tell ’em, Mr. Expert. More 1.5 milers. That’s all the sport needs to continue on its stunning upward trajectory.

How about Robby Gordon? You left out the best one.