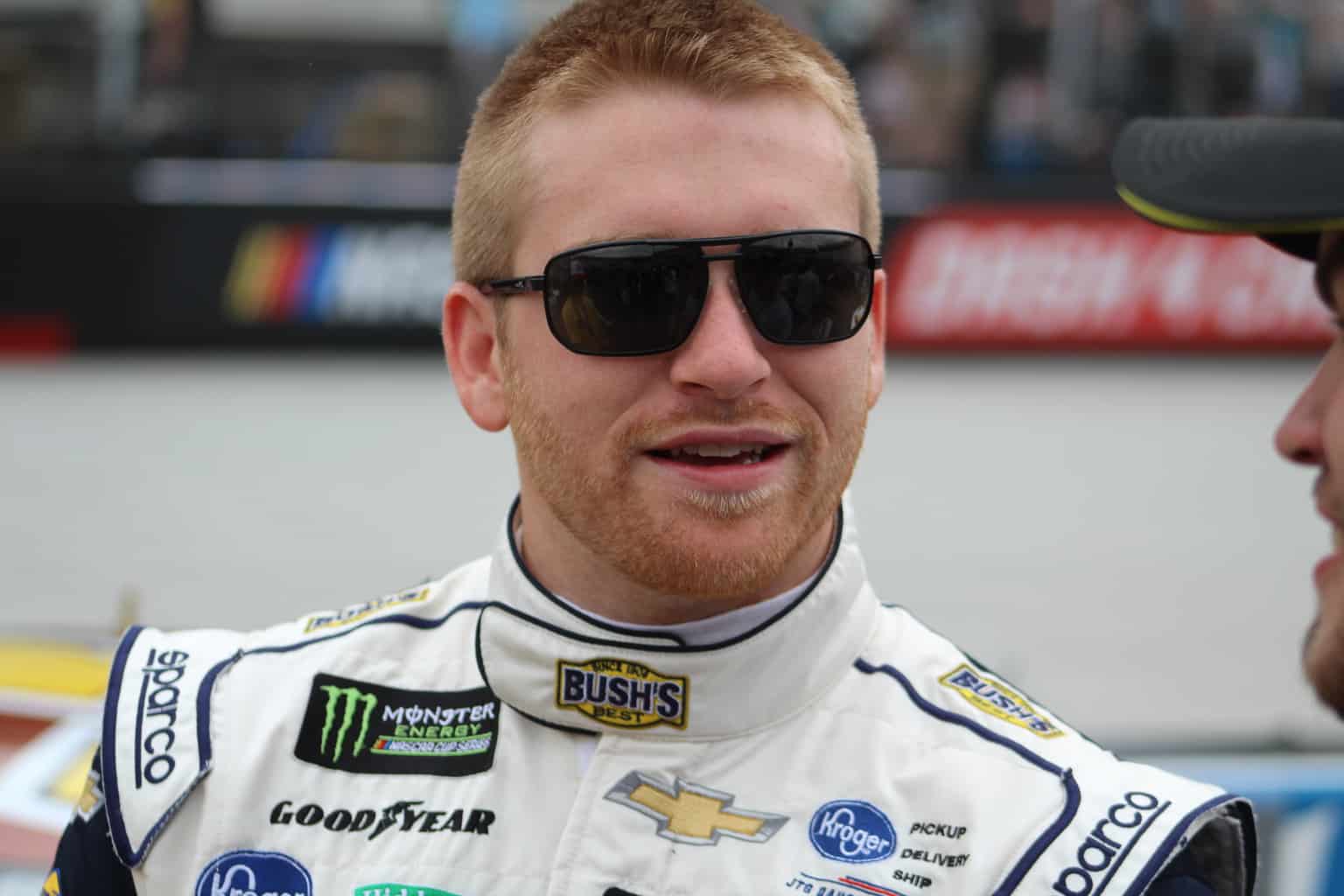 Road courses and short tracks are two of the best track layouts in NASCAR. The handful of races on the schedule that make up these track types are fan favorites, producing some of the best on-track action we will see.

Which track layout is better, short tracks or road courses? Which provide us the best entertainment at the Cup level?

2019 has been a year for drivers exceeding expectations. One driver who has done so very quietly is Chris Buescher and his No. 37 JTG Daugherty Racing team. Buescher currently holds an 11-race top 20 streak dating all the way back to May.

Has he been the driver to watch as far as underdogs or does somebody else catch your eye? Is this his best season yet? Can he potentially somehow steal a win in the last four races before the playoffs?

A: Both are definitely the two best types of tracks for excitement in the sport, but if I had to go with one, short tracks would be on the top of my list. This is at least at the Cup level. In Xfinity, road course races are some of the best races you’ll ever watch because of so many factors, different faces near the front, and passing galore all race long. For Cup, short tracks seem to get people more excited from what I have seen.

Road courses are great, but to be honest, Sonoma has not provided in the last few seasons, at least since stages were implemented. The strategy game has been taken away in that race and the racing has not been the greatest. Sonoma is a great track but with the long runs and the strategy aspect completely wiped out, the racing has become somewhat stale. Watkins Glen provides us some of the best races every single year, and it is hands down one of the best tracks in NASCAR. Now with the ROVAL too, that race last season was one of the most entertaining races we saw.

However, short tracks are better. Given the choice of  three good road courses versus three great short tracks, I would take short-track racing over road courses in Cup. Bristol and Martinsville have been, in my opinion, more exciting than Richmond in recent years, but all three give us the best short track action. Since they started using PJ1 at Bristol, that has been one of the best races every single season. Martinsville will always be Martinsville and put on a show as well.

People always say they want more short tracks and more road courses added to the schedule. Can you blame them? Both are excellent layouts for racetracks and they give us not only the best racing but they seem to draw the best crowds (minus Bristol in the spring and the Daytona 500), get fans the most excited, and they give people a chance to get a glimpse of old fashioned racing at times.

If they do wind up adding more short tracks and road courses to the schedule, it would be a huge hit with everyone. We may be done with road racing in Cup this season but there are still three more short track races to go, including the biggest of them all, the Bristol night race in just over two weeks from now.

Q: Which driver in Cup has outperformed their equipment and expectations most this season? Leonard G., Fairfield, CT

A: There have been so many drivers who have exceeded expectations this season. Even though he likely will not make the playoffs, I would put Chris Buescher at the top of that list.

Now some honorable mentions would be William Byron for the expectations part and Matt DiBenedetto for his recent hot streak, but Buescher has outperformed some of the best teams on a weekly basis the last several months.

Buescher currently rides an 11-race top 20 streak with a worst finish of 18th during that time. He does sit 21st in the points, ahead of both Dillon brothers and guys like Daniel Hemric who was expected to have a great season at the beginning of 2019. While Buescher probably will not win a race unless some crazy circumstance occurs, he has done extremely well for the equipment he drives.

This is not a knock towards JTG Daugherty Racing. They are a solid team and have just had bad luck with the No. 47 many times this season. However, they are also not at the same level as Joe Gibbs Racing, Team Penske, Hendrick Motorsports of the series. They are a mid-pack team most of the time. Buescher, though, has done very well and at times, has been legitimately running inside the top five to seven. That tells us how much talent the driver has.

He has a championship in the Xfinity Series with Roush Fenway Racing back in 2015, but since then, his career has kind of been at a standstill. Yes, he has that one Cup win at Pocono in 2016, but nothing much else to show for otherwise. This season, he is quietly opening eyes with how well he has done for his race team.

Bristol is coming up, which could be an opportunity for him to shine. He has had some great runs there, just to be stricken with bad luck. I am definitely not saying he will win at all, but with some help, he could definitely sneak in a top five potentially and who knows from there.

Going into the season, not many people would have said Buescher would have a chance to even be close to pointing his way into the playoffs. Even though, realistically speaking, he will have to win, he is less than 100 points out and only a few points outside of top 20 overall. That’s pretty good for a driver who has not had the best of seasons his first two years with JTG Daugherty Racing.

He is talented and can definitely get the job done. One day, he will get his big break and wind up in a top Cup ride. He has proven time and time again that he is capable of running well at this level but as far as this season goes, keep an eye on him the last four races before the playoffs. While it is a longshot, anything can happen come desperation time.

My vote goes to DeBenedetto as the driver that has outperformed their equipment.