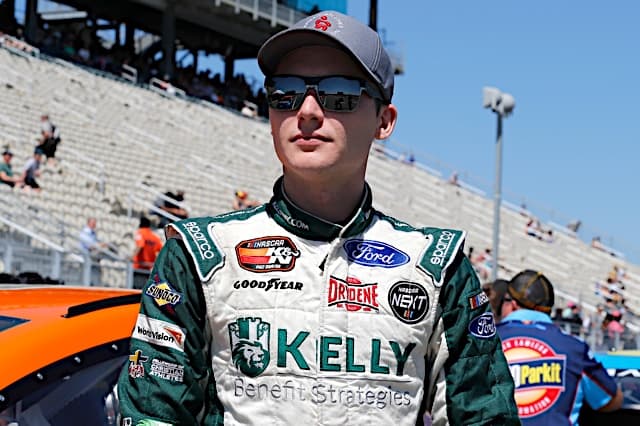 After being highly touted for his road racing abilities, Will Rodgers is being slotted in the No. 86 Brandonbilt Motorsports car at Mid-Ohio Sports Car Course and the ROVAL over the next two months.

That pairing will start this Saturday (August 10) at Mid-Ohio, a place Rodgers has never competed at the national level of NASCAR. Brandon Brown, primary driver for Brandonbilt, will move over to the No. 68 Chevrolet, a car the team has ran in two races this season (Charlotte and Iowa).

“I honestly think the [No.] 86 and this Brandonbilt Motorsports team is a little underrated at the moment,” Rodgers told Frontstretch. ” I think the equipment, especially if I’m able to rise to the occasion,  can do very well at a place like Mid-Ohio or Road America. I don’t exactly know how we’ll end up on the board or where we’ll compete, but I think it will be toward the front end of the field.”

Rodgers has been praised for his road racing talent by veteran Monster Energy Cup Series drivers such as Kevin Harvick. In 2017, Rodgers battled the former Cup champion for the win in a K&N Pro Series West race at Sonoma Raceway, ultimately finishing second.

In addition to running the No. 86, Rodgers served as Brown’s driving coach last weekend at Watkins Glen International, where the Virginia native was making his road course debut.

“I’ve trained a lot of people in road racing and I feel like I can give him some good advice,” Rodgers added. “It also gives me the opportunity to look at the team, get used to them and work with them a little bit and see what it’s going to be like going into these next races.”

Brown is excited to have Rodgers on the team, believing he could be in contention for the win at Mid-Ohio and the ROVAL.

“I think he’s going to give the [No.] 86 a chance to run up toward the front,” Brown said. “It wouldn’t surprise me with a top 10 or a top five. The kid’s got it, and I think the equipment he’s getting ready to jump in is really good, so he could be contending for the win.”

Rodgers made his Xfinity Series debut at Iowa Speedway two weeks ago (July 27), finishing 28th with a mechanical issue after starting 21st.