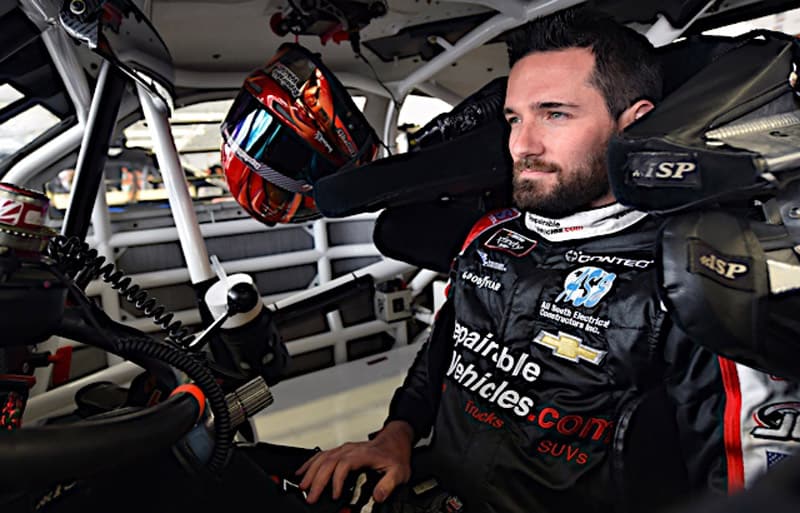 Since Jeremy Clements began racing full-time in the NASCAR Xfinity Series in 2011, consistency has been the way the small, Spartanburg, S.C., team has gotten by.

Over the past 37 races — dating back to Kentucky Speedway in July 2018 — Clements has taken consistency to the next level.

No, it’s not running up front and leading laps (he led just three laps in the same time frame) and contending for wins, but Clements is top-20ing the field to death, scoring 32 top-20 finishes, tied with defending champion Tyler Reddick and Michael Annett for the series-high.

“That we’re consistent and they need to take us seriously,” Clements told Frontstretch of his consistency. “I want to do better. I’m not here to be here, I’m here to win. I want to win. I know I can win given the opportunity. We don’t have engineers, we don’t have simulation [time] or any of that stuff, so it’s kind of like taking a knife to a gun fight.”

Better, indeed. Clements ended 2018 on a string of 17 consecutive top-20 results. Through the opening 20 races this season, the No. 51 team has five finishes outside the top 20, including engine failures at Daytona International Speedway and Richmond Raceway and crashing out at both Talladega Superspeedway and, most recently, Iowa Speedway two weeks ago. The only other time Clements finished outside the top 20 was early this spring at Texas Motor Speedway, finishing 26th, four laps down.

To put it in better perspective, in that same time span, other Xfinity regulars like Austin Cindric have 31 top 20s, and Cole Custer and Justin Allgaier each have 30. Christopher Bell has 29, while Brandon Jones has been wildly inconsistent with 25 top 20s and seven DNF’s this year alone.

An 11th-place finish this past weekend at Watkins Glen International jumped Clements one position in the championship standings to 14th. With an average finish of 18.1 this season, he feels the team should be running in the top 15 consistently.

“I take a lot of pride, for sure,” Clements said of being consistent. “We should run top 15 every week. On a really good week, if we have all of our P’s and Q’s, we should be top 10.

“If we wreck every week, I’ll be out of this sport pretty quickly. It costs a lot of money. … The better you finish, the more money you get, and that’s really what funds our racing. We run off the purse, mainly. We get some sponsorship, but the purse is what keeps us going.”

Earlier this season, Clements joined the Frontstretch Podcast to discuss funding and sponsorship. He noted that the No. 51 team runs off anywhere between $200,000-400,000 per year in sponsorship, the head of his “class” of teams that he battles against weekly. But in order to take the next step, it would take a ton of money.

In terms of equipment, Clements’ team has taken the next step. Why? Over the offseason, the No. 51 purchased four chassis from Chip Ganassi Racing, an organization that shut its Xfinity program down following the 2018 season — ironically enough because it didn’t have funding for 2019 after DC Solar went under last December.

“I actually went to Hawaii for a cruise in January – I think it was the 26th – and when I left, we hadn’t even gotten those cars yet,” Clements said, noting the No. 51 team got the cars with not much time to turn them around. “All that happened really late, which was a blessing to get better cars. We chased them for a few months and got them better, and once we got to where we’re comfortable with the setups that we got to – of course there’s a lot of stuff we’d like to try and I think it can be better. The big thing is you think it could, you don’t know.

“We work our asses off. We’re there day and night, way more than I want to be but that’s what it takes.”

Clements admits he doesn’t know what cars he got and how new they are from the CGR stable. However, he’s seen a difference on the track and looking back at scoring and timing.

“We were three to three-and-a-half-tenths better from last year,” he said. “That told me that our cars are about three- to four-tenths better, just car. We’re running the same motors. It’s definitely helped.”

To shed a little light, prior to 2019, the newest car Jeremy Clements Racing had was a 2015 chassis, which he said the team he got it from, “ran the dog crap out of it.” On a weekly basis, Clements was running cars that were five to seven years old. In fact, the chassis he won in at Road America two years ago was eight years old.

Don’t bother asking Clements if he still runs the old equipment, because he will go to all costs not to run it.

“I don’t want to race [the old equipment]. A guy or two at the shop will be like, ‘Why can’t we just race one of those cars because they’re about ready?’ I said ‘Heck no. We’re not racing those cars unless we have to because they’re just not as good.’ I know that as a driver,” Clements said.

“Win a race,” he said thoroughly. “I go back to it, it’s the car. The cars are just better. We’ve got the same brakes and transmissions, motor, so the cars are just way faster. I’m really excited about Mid-Ohio [Sports Car Course] and Road America.”

Each season, Clements looks forward to August as it’s filled with three road courses, Bristol Motor Speedway and the team’s home track, Darlington Raceway. Five of his 16 career top-10 finishes have come at the tracks the series visits this month, including the undermentioned win at Road America in 2017 that shocked the NASCAR world.

Consistency will continue to be key for the No. 51 team as the season progresses. Last weekend at WGI, Clements scored his 12th top-15 finish of the season, tying his previous career high he set just last year. But he puts it quite simply: “I just try to do the best I can and hope like hell that it’s going to be good enough.”