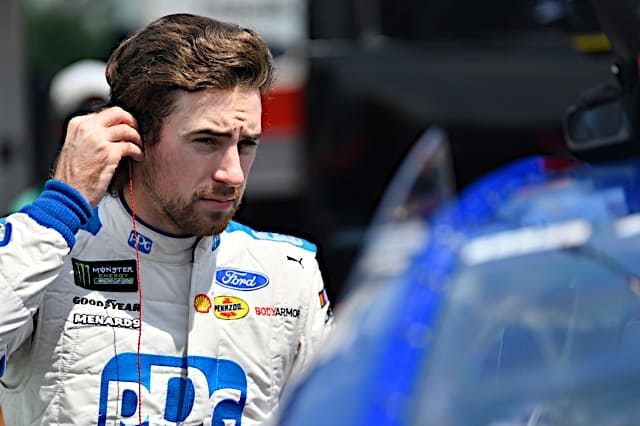 In this week’s edition of the Frontstretch Podcast, Dustin Albino and Mike Neff differ on opinions of last week’s road course action at Watkins Glen International that saw Chase Elliott run a perfect race to hold off Martin Truex Jr. for the victory.

Kyle Busch was the center of attention for a lot of the event after run-ins with both William Byron and Bubba Wallace. Post-race, Wallace didn’t hold back, but did he cross the line in hooking the No. 18 entering turn 1? We discuss.

Same song, different verse with Ryan Blaney and Jimmie Johnson post-race, as the seven-time champion was none-to-pleased with Blaney, believing the No. 12 car ruined his race. Is it good to see this feisty side of Johnson?

Austin Cindric won his first career NASCAR Xfinity Series race at The Glen, but it was Justin Allgaier and Ross Chastain who stole the show, similar to the Busch vs. Wallace incident the following day.

Stewart Friesen finally pulled through to get to victory lane at Eldora Speedway. But what was going on with NASCAR officiating, running nearly half the race (68 of 150 laps) under caution, some of which were because the lineup wasn’t straight?

Finally, it’s a good week to have Blaney join the show as he discusses his 2019 season, outlook toward the playoffs, travelling the world with Elliott and drinking beer in Ireland.