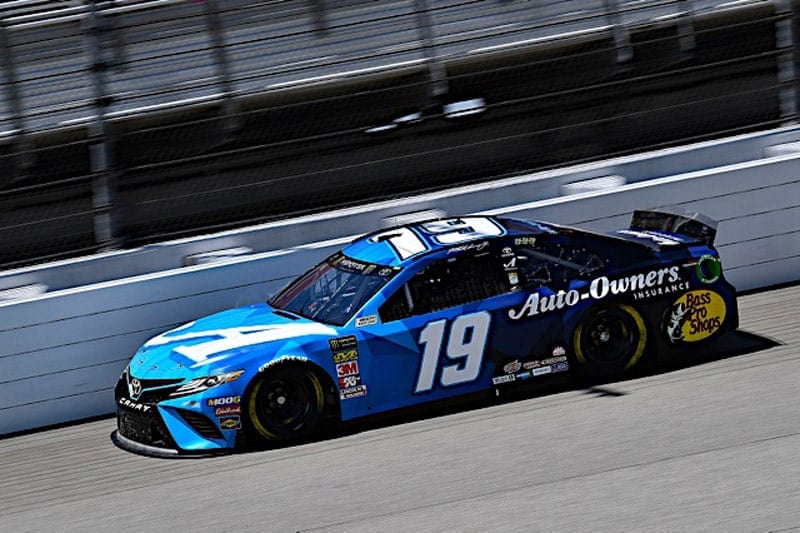 Did you miss me? If the answer is no, how dare you! Back from my one-week sabbatical, I return with some possibly controversial opinions. The great thing about auto racing fans is that you can seldom get 20 of us to agree on anything, including whether the weather was awesome at the track. But one thing that is constant is that if people don’t like your opinion, they will let you know right away.

When did the racers get so soft that any attempt to race hard for position became a big deal? It would be hilarious to see what would happen if the second coming of NASCAR Jesus occurred today. Dale Earnhardt was only the most visible of the intimidators. Long before Earnhardt came along, other tough guys ruled the NASCAR world with their bumpers. If you ran them too rough, you could expect the same thing in return. If you raced them cleanly, they would return the favor.

Nobody whined much after the fact, although a few good fights did occur now and then if the lines were really crossed. But after the payback, those two guys would usually go on to coexisting in the rough and tough world of NASCAR because they had to put up with each other every week.

Now, if Driver X makes the least bit of contact with Driver Z, the NASCAR media and fan outrage is nonstop. Will Driver Z ever be welcome in Driver X’s million-dollar home again? Will their kids no longer play together at MRO events in the infield at races? How will roughing up Driver Z affect Driver X’s longterm NASCAR career? Film at 11!

There are several things that you can count on in life: taxes rising instead of a government budget ever dropping and NASCAR fans and media overreacting when there is contact at the racetrack. Fans love beating and banging, but what we saw at Watkins Glen International was child’s play compared to the good old days. Road rage is inevitable with this rules package and road rage idiocy is inevitable, too.

A few years ago, NASCAR and Eldora Speedway were threatened with a lawsuit for using the Mud Summer Classic name, but that is the only name that will ever fit that event for me. I’m not sure why, but the last two seasons, this dirt race event at Eldora has lacked the excitement it had the first few years. Maybe it’s the change of format or maybe it’s a change to the rules for the Gander Outdoors Truck Series.

It is possible it is just getting to be less of a novelty now that we have seen it for a few years. This year, it didn’t help that NASCAR put this race up against the first preseason football game for the NFL. Despite great weather, this event wasn’t overflowing with fans like it had been in the past. Judging by social media postings, it also didn’t seem to get NASCAR fans excited like it has in the past. Hopefully, this will end the talk of adding dirt racing events to the Monster Energy NASCAR Cup Series schedule in the future. There is a reason that NASCAR left the dirt many years ago. While I hope the Truck Series will continue to have a race on dirt for many years to come, it does seem that the Eldora Truck race is losing some of its luster.

Leave it to the folks at Michigan International Speedway to change the track surface by adding grip to another part of the track. There is nothing more annoying for a race handicapper than a change to the conditions. This is similar to a horse-racing handicapper trying to compare a sloppy track to a fast track at the same racetrack. How the drivers attack this new surface will be a mystery. We did see a very even track among the manufacturers earlier this year with Ford, Chevy and Toyota sharing the top-three finishing positions. Ford managed to have six of the top-nine finishers at a track that used to be dominated by Ford.

Win: Martin Truex Jr. – Should be in the running for his first-career win at Michigan.

Long Shot: Jimmie Johnson (40-to-1 odds) – Too nice of a price on seven-time to pass here.

I too was dissapointed that NASCAR chose to ran Eldora on the same night as the Hall of Fame game. HoF game was on NBC while Eldora was on FS1. I posted this on one of the fan pages that I am a part of on Facebook and got a lot of backlash (who cares about football. Its only preseason no one cares. etc) Well when one has 2 TV’s up in a bar and one has football on it and the other has trucks driving circles in the dirt, most will tune into the football game. What a shame, bad move by NASCAR imo.

Drivers have been soft for well over a decade now and social media is not helping. I am a huge Kyle Busch fan, was a T. Labonte fan before that (hence my screen name), the posts I saw on the Facebook fan site were disappointing. People saying “remember who got you a job”, “Bubba should be fired for that move”, and on and on. How disappointing! Look, Bubba didn’t appreciate how Kyle raced him and he showed him that on the track, that is fair and square and I would have expected Kyle to do the same (return the favor if you may). I became a huge Kyle fan because of his aggressiveness and will to wreck someone to win and unfortunately he has even gotten soft over the last 5 years :( Hearing drivers get out of cars complaining about being raced too hard, getting the bumper, being roughed up. Too bad, you don’t like being raced hard? Then drive in the back!, You don’t like the bumper? Then let the guy go by! Truex imo has been the WORST at this over the last 2 years. Since he has gotten good equipment anytime he is raced “hard” or gets “moved” he turns to the nearest mic to express his displeasure. Logano has even become soft after his incident at Martinsville by the lack of a move at Richmond earlier this year! Use the bumper and move him! Wins are hard to get in the cup series and the drivers damn well should act like it! Tired of guys getting out of their car so happy about a top 5, only 1 driver should be happy imo and that is the race winner (its ok to be ok with where you finished but I shouldn’t see a smile on your face like you won the damn thing!) I am not sure what fans want anymore and I am sure they don’t even know, they would just rather get on their social media and b**ch about what they didn’t like rather than what they did like.

Thanks for the awesome comments!!