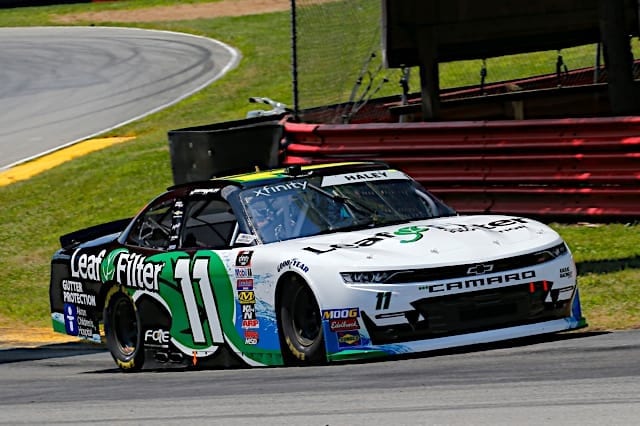 In the first practice, it was Haley securing the top spot with a lap of 95.201 mph. Haley ran 17 laps in the first session but his fastest lap came right before the session ended.

Christopher Bell was second, followed by Cole Custer, last week’s winner Austin Cindric, and Regan Smith, who is making his first start of the season, to round out the top five.

There were a few incidents in this session. Michael Annett got stuck in the sand, which required assistance to get out. Vinnie Miller also found trouble when he dropped a hose on the track. The final incident was when the No. 68 of Will Rodgers had a fire inside of his car and he had to get off the track and get out of the car.

There was a small electrical fire near the dash that halted Will’s practice run. The team is trying to diagnose the issue in the garage. {PR} pic.twitter.com/e3LXZEH5f5

In the final practice, it was Hawksworth, who replaced Jeffery Earnhardt in the middle of the week, leading the charge with a lap of 95.204 mph. Cindric was second, followed by Bell, Chase Briscoe and  Justin Allgaier, the defending winner from a year ago.

Qualifying is scheduled for tomorrow at 11:40 a.m. ET on the NBC Sports App, with the green flag waving shortly after 3 p.m. ET on NBCSN.