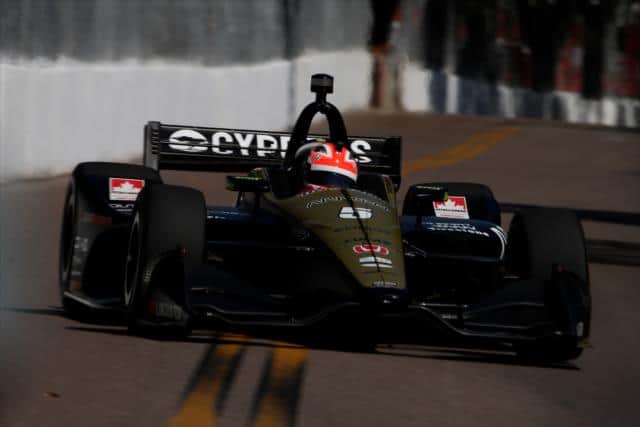 McLaren will be returning to the NTT IndyCar Series on a full-time basis in 2020, the team announced Friday, Aug. 9.

This will be done in an alliance/merger with Arrow Schmidt Peterson Motorsports, which will be moving from Honda engines to Chevrolet as part of the move.

Title sponsor Arrow Electronics will remain with the team, which will be renamed as Arrow McLaren Racing SP and will field two cars.

“IndyCar has been part of McLaren since our early years of racing, and the series today provides not only a commercial platform to continue to grow our brand in North America, but competition with some of the best teams in international motorsport,” Zak Brown, McLaren Racing CEO, said in a press release.

According to the team’s website, the current Arrow SPM infrastructure will remain the foundation of the team’s operations, while McLaren will provide help on the technical and marketing sides. It will be a separate entity from McLaren’s Formula 1 efforts, just as Haas F1 is separate from NASCAR’s Stewart-Haas Racing.

“I’m really excited that we could pull together our long-term partner Arrow and forge a new partnership with McLaren to become a unified force,” Arrow SPM cofounder Ric Peterson said. “I’m equally thrilled that Sam [Schmidt] and I are able to continue on in our long-standing relationship together and maintain our ownership position in the company. I can’t wait to see what the future holds.”

It is likely this news means that Canadian veteran James Hinchcliffe will be driving somewhere else, as he has a personal contract with Honda. Hinchcliffe has scored a podium and seven top 10s in 13 starts during the 2019 season.

His teammate, Swedish rookie Marcus Ericsson, has a podium and three top 10s so far this year.

McLaren last competed in IndyCar on a full-time basis in 1979, though it has dabbled in the series in recent years with the 2017 and 2019 runnings of the Indianapolis 500.

Weslie Cogburn, The CEO of McLaren Racing is Zak Brown, not Zak Best. This is typical millienial journalism, no fact checking.

Wesley Coburn
Reply to  Tom B

Thanks for the correction, it’s fixed now.