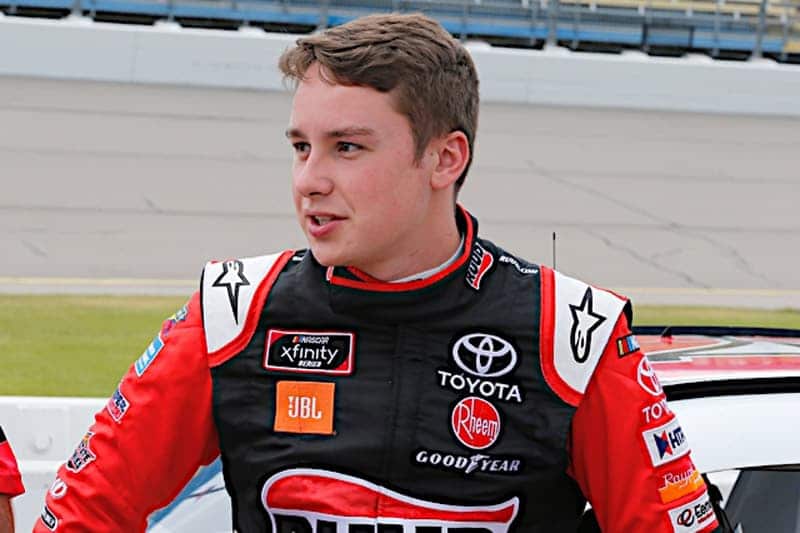 With Matt DiBenedetto announcing he won’t be returning to Leavine Family Racing in 2020, all eyes pointed to Christopher Bell to move up from the Xfinity Series to fill the No. 95 car.

Bell didn’t hesitate to announce he doesn’t have an update on his 2020 plans on Thursday (Aug. 15) at Bristol Motor Speedway.

“I’m sure everyone is wondering about 2020, but nothing is official until it comes to me or whatever team or whatever happens,” Bell stated to a group of media members. “I have no news to tell you guys right now, so we’ll have to wait for another day.

“Ultimately, my future is not really in my hands. The only thing I can really control is if I can go out there and try to win races and do as good as I can. I have to play the cards how they fall.”

Bell, 24, has spent the past two full seasons with Joe Gibbs Racing in the Xfinity Series. In that time, he’s won 12 of 54 races, while also winning at Kansas Speedway in a partial 2017 season.

At the beginning of 2019, LFR formed a technical alliance with JGR, which has bettered the team’s performance. DiBenedetto’s led to the team to four top-10 finishes, a career-high for the No. 95 team.

Regardless, Bell says it’s up to the car owners (Joe Gibbs and Bob Leavine) on what his 2020 holds.

“Ultimately, it’s the car owners,” Bell added. “It’s coach, himself, deciding where he wants my future to go right now. It’s ultimately up to the car owners on what drivers they want to put into the cars. The only thing I can do is try to put my best results and go out there and do as good as I can, and prove that I deserve to be in the Cup Series.”

While most drivers with top teams have an agent(s), Bell doesn’t. He handles all of his business decisions himself. In a perfect world, he wishes there were more car owners in NASCAR so his future didn’t affect other drivers.

“It’s obviously unfortunate that there are only so many car owners,” he said. “The sport as a whole needs more car owners. We need more people out there to give opportunities to young guys. We’ve got a bunch of veterans like Matt Kenseth and Carl Edwards that are still out there that could probably win today. We need more car owners in the sport to give more opportunities and it would be a better situation for everybody, for sure.”

A few months back, Bell did sign an extension to remain at Joe Gibbs Racing, so Gibbs dictates where he goes.

When asked about LFR being the most logical alternative, Bell said, “That’s tough for me to answer because right now I drive for Joe Gibbs Racing, and the [No.] 95 is not a Joe Gibbs Racing car. We’ll have to see how it works out in the next coming weeks.”