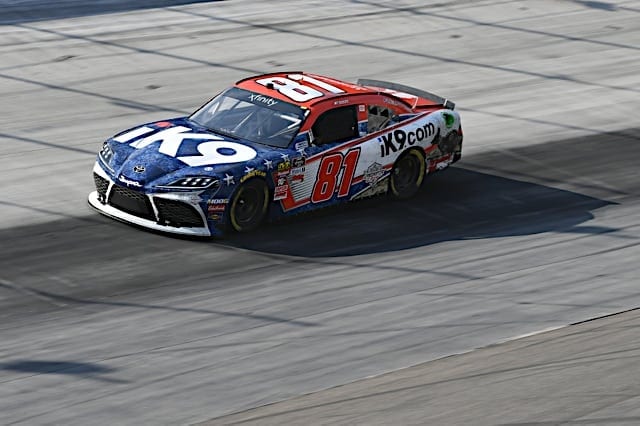 The quickest JR Motorsports Chevrolet was Justin Allgaier in 12th. His teammate Noah Gragson made contact with the wall in the opening minutes of the session.

There was two incidents in the session. The first was from a broken shock that caused Josh Williams to pound the wall. The latter was due to a broken track bar on Brandon Brown‘s No. 86. Ironically enough, these two drivers had an incident last week at Mid-Ohio Sports Car Course that led to a war of words on Twitter.

For the second practice in a row, Jones was the quickest guy in town, running a fast time of 123.618 mph. The Michigan native has two Xfinity victories at Bristol in five starts.

Briscoe, Busch, Reddick, Gragson and Jeb Burton, making his fourth start of the season for JR Motorsports rounded out the top 10.

Custer was the quickest on long run speed, averaging 121.894 mph on 10-lap averages. Jones was just behind in that category. Meanwhile, Nemechek ran 101 laps, by far the most in the session.

Qualifying for Friday’s race is set to get underway on Friday at 4:05 p.m. ET.

Great job of leaving the practice results link there so people could click on it and look at practice. I enjoy the website, but I find myself having to look elsewhere for info because this is done half ass on frontstretch