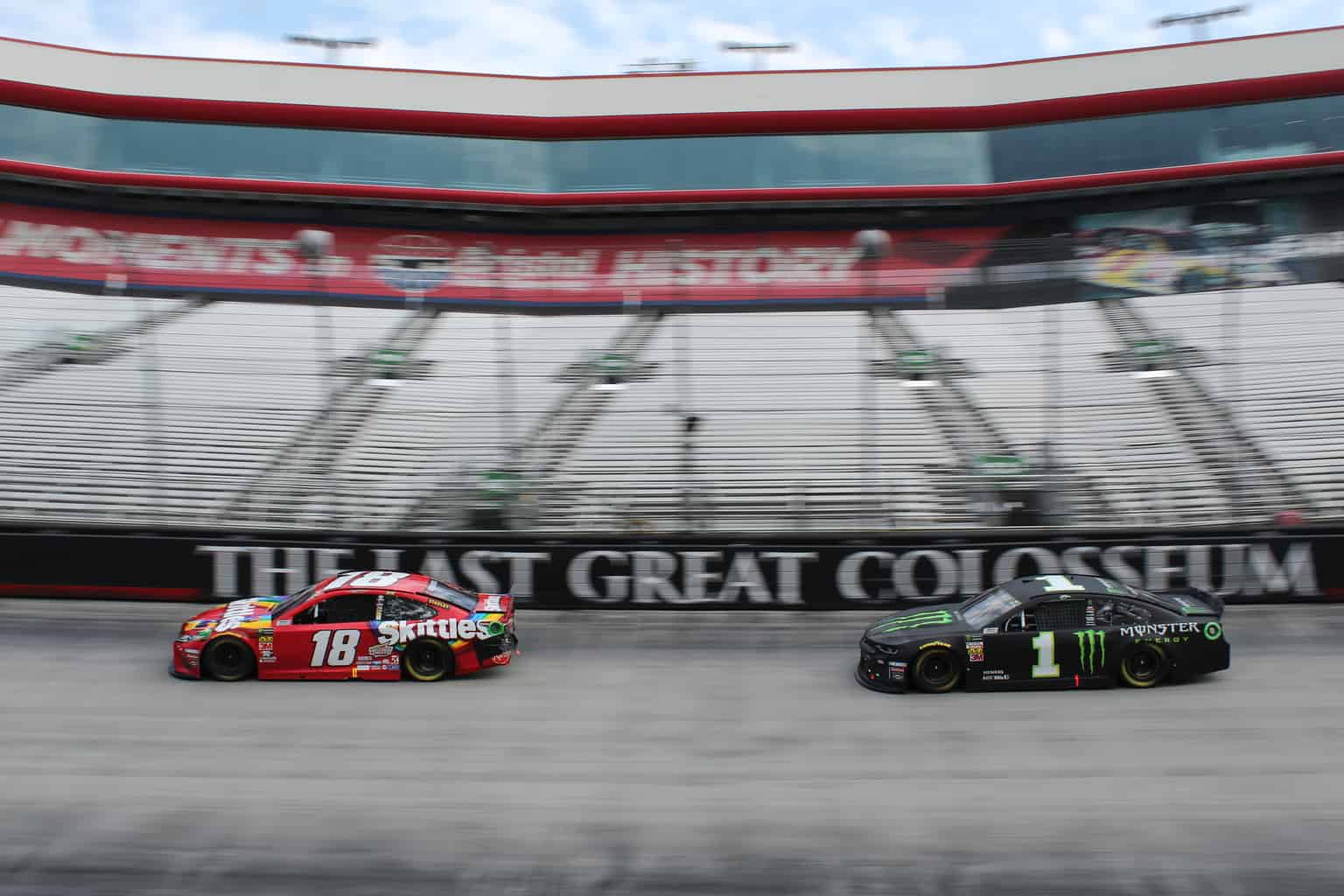 It’s Bristol, Baby! Those three words used to get everyone fired up back in the day when 160,000 wedged their way into their skinny seats for a night of crazy drama. They call this place “The Last Great Colosseum,” and it really felt like this must be what it is like to be at the chariot races back in ancient times (believe it or not, I am not old enough to remember those days). Nowadays, has Bristol Motor Speedway just become another race on the circuit?

Even after I started covering NASCAR as a media member, I kept season tickets to Bristol Motor Speedway. The waiting list back then was incredible, and everyone was my new best friend when they found out I had two extra tickets to the Bristol Night Race.

When the track was repaved, I was excited because I thought even better racing would lead to an even more crazy Bristol Night Race. I was wrong. There is no doubt the quality of the racing is better at the new Bristol, but the fans loved Bristol for something other than the racing — it was the drama.

It was a one-lane track where the only way to get to the front was to pull off the old bump and run. One tap lets you know I am there. The second tap lets you know I am faster and you better let me pass. The third tap was going to test your ability to control your car from spinning. Rinse and repeat 500 times around the fastest half-mile track on the planet.

Kevin Harvick flying across the hood to get to Greg Biffle. Dale Earnhardt actually getting booed after rattling the cage of Terry Labonte. Labonte getting wrecked but still winning while going past the finish line backwards. Can you name anything memorable that has happened since the repave?

Maybe Bristol crowds would have eventually thinned out on the old surface because night racing isn’t such a big deal in NASCAR any more. We will never know, and the leadership at Bristol had no other solution than a repave because that old pavement was falling apart. No matter how they did the repave, the old magic about Bristol would have been gone. The racing nowadays is like the racing was at Bristol before the track was changed from asphalt to concrete. It is actually better than the old one-lane Bristol, but I doubt that place will ever reclaim the greatness it once had with fans.

The Gander Outdoors Truck Series playoff lineup is the perfect setup for fans that gripe about the effects of money and drivers who only got to the big time because of their daddy’s checkbook. Last season, I was thrilled to see an underdog like Shigeaki Hattori win the title against the big guys. This season is even better.

The two main drivers for Kyle Busch Motorsports, despite having the best equipment in the garage area, failed to make the playoffs. Ross Chastain, who switched eligibility late in the season, is racing for the title for underdog Niece Motorsports. Austin Hill is giving Shigeaki Hattori a second chance at the title. In the weirdest move of the season, 18-year-old Tyler Ankrum got a waiver to compete even though he wasn’t old enough to run a few of the speedway races to start the season (don’t worry, I can’t figure that one out either). It’s kind of fitting for Ankrum since he didn’t plan to run for the K&N Pro Series East championship last year and ended up winning the title. God Bless America that Johnny Sauter also gets to run for the title. Maybe a wild and wacky Truck Series lineup will get fans more excited for the Truck Series championship.

Win: Martin Truex Jr. – Finished fourth after failing tech and starting in the back

Considering he has not won a Monster Energy NASCAR Cup Series race in over two years, it’s hard to believe that Johnson has scored more points than any active driver in the last five races at Bristol. But it is an easy pick this week since the Busch family has 14 career wins at the track between the two brothers. The next highest active driver only has two. Only seven active drivers lining up on Saturday night have won here. While the odds are bad this week, it’s hard to pick against Rowdy.

Win: Kyle Busch – Should raise his career win total at BMS to nine, but a lousy bet at 5/2 odds

Place: Chase Elliott – Starting to get the hang of this place and on a nice consistent roll of late

Show: Ryan Blaney – Has led the second most laps here over the last five starts

Long Shot: Kurt Busch (20-to-1 Odds) – The smarter Busch to bet at these odds