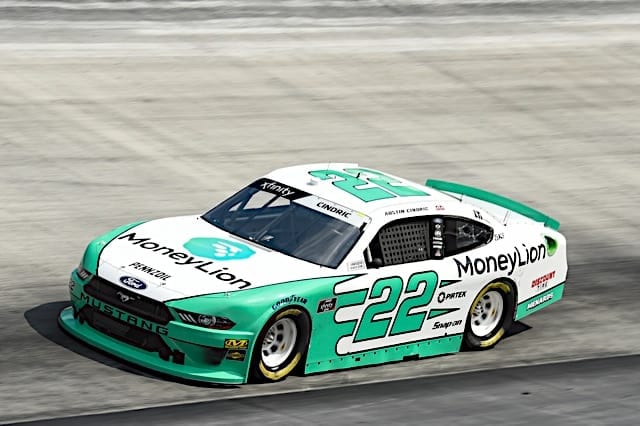 Austin Cindric is on a roll.

Cindric won the pole for the Food City 300 at Bristol Motor Speedway with a lap of 122.568  mph. Kyle Busch will be alongside Cindric on the front row, later this evening (Aug. 16).

“P1 at Bristol with this Money Lion Ford, this is pretty cool!” Cindric said after qualifying concluded. “We had a pretty unenthusiastic practice yesterday but we worked on the right things and it showed.”

Cindric has won the past two races and now has won back to back poles in the Xfinity Series.

Justin Allgaier will start third with Cole Custer and Jeremy Clements rounding out the top five.

Tyler Reddick was unable to post a time due to his car not passing pre-qualifying inspection. Reddick will also have to serve a pass-through penalty after the green flag flies.

Baby Busch is stealing again. Going out back to watch something better…the grass grow. And I don’t have to hear more about Jr.’s crash. However it will take some of the coverage off Baby Busch. Maybe one of the backmarkers will blow up when he’s lapping them for the 19th time.

Lol, HE was the one who blew up eventually!