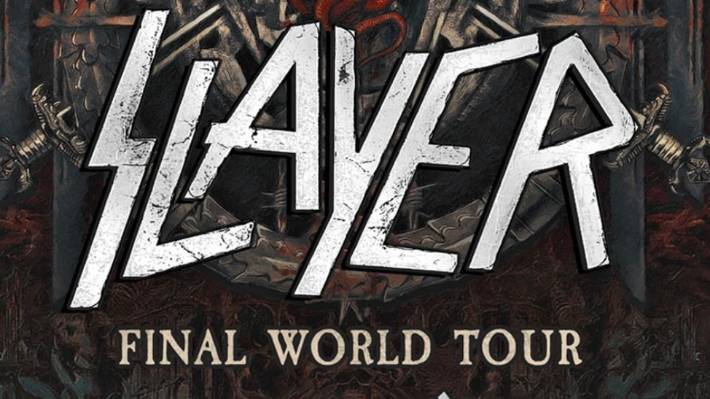 Rick Ware Racing no longer has Slayer on JJ Yeley’s No. 54 car this weekend at Bristol Motor Speedway.

As was previously announced last Friday (August 9), Slayer was scheduled to come on board with the Monster Energy NASCAR Cup Series team. However, on August 16 the organization announced PODS Moving and Storage would be on the car instead of the band.

According to an article on Billboard, the band released a statement regarding the decision to remove their logo from the vehicle prior to the Bass Pro Shops / NRA Night Race.

“Today, reportedly due to reactionary concerns from other long-time participating sponsors, Slayer has been pulled as the primary sponsor,” they wrote in a statement. “All Slayer signage has been removed from the car that was to be piloted by Cup Series veteran, JJ Yeley. The incontrovertible PODS Moving & Storage will now sponsor that car. After nearly 40 years, Slayer apparently remains as terrifying to some as ever.”

The band’s label also posted on Twitter about the news.

Pt 1 of 3: We are Nuclear Blast Records and In response to Fox’s @BobPockrass’s comment citing @RickWareRacing’s explanation that @Slayer sponsorship was a “tentative plan,” this is actually nothing but a classic case of backpedaling. https://t.co/uhLHrD3SFE

Pt 3 of 3: Ironically they left the blood splatter and barbwires designed for @Slayer and slapped a new logo on top!

RWR, in response, released a statement about the decision to remove the band’s logo from the car.

A bunch of you have asked about the Slayer car and why it didn’t happen with @RickWareRacing. Here’s a statement from the team. pic.twitter.com/c92HFvntIA

Yeley posted a poll on Twitter on August 12 asking fans to vote for which song they wanted played during Bristol driver introductions. Over 2,000 votes were made in the poll, and Raining Blood was the winner.

There’s no word as to whether the song will still play during driver intros.

The PC Po-Po have have spoken! Git yo ‘federate flags and Slayer albums outta NASCAR..

This is just ridiculous. Slayer is just the name of the band, it’s not what they do or promote.