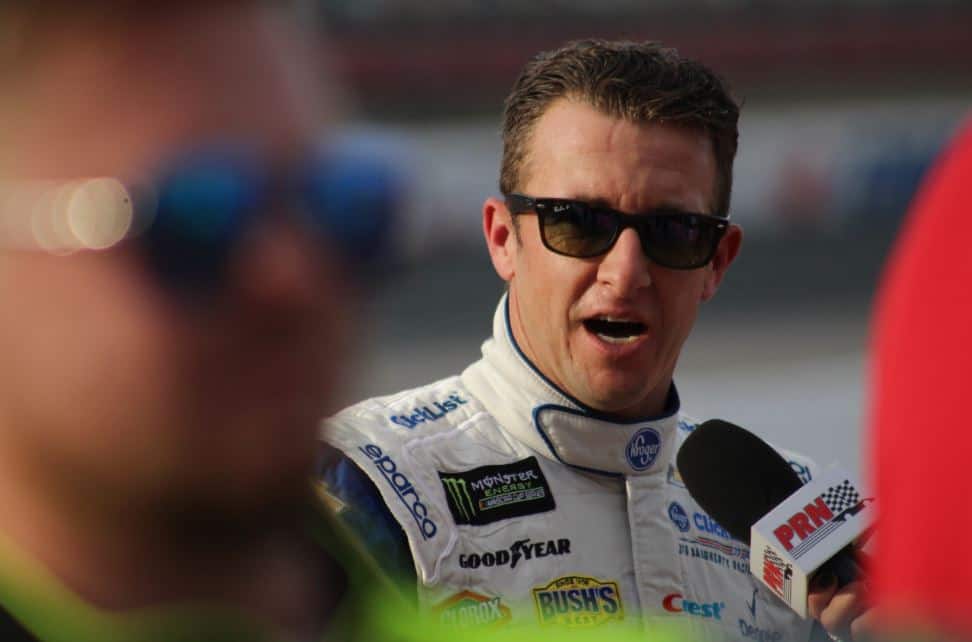 Did You Notice?… Not a single road course ringer entered the Monster Energy NASCAR Cup Series race at Watkins Glen International? An event that was once littered with part-time entries had just one unchartered car, the No. 96 of Gaunt Brothers Racing, when the Cup race rolled off Aug. 4. These tracks that were once looked at as opportunities for legendary names like Boris Said and Ron Fellows to steal a win, competing toe-to-toe with stock car racing’s best, don’t offer those chances anymore.

But wait! Maybe the road course ringer isn’t dead after all. Instead, they’re simply dropping down a notch to find competitive rides in NASCAR’s lower series.

A look at Road America’s entry list this week showcases some drivers attempting a crossover. There’s AJ Allmendinger, the former open-wheel star whose lone NASCAR win came on a road course in Watkins Glen. He’ll drive for Kaulig Racing, running a No. 10 car he’s run top five in during each of his previous three starts. (Allmendinger’s car got DQ’d in post-race inspection twice).

A local road racing standout, Nic Hammann from Elkhart Lake, Wis. will drive Mike Harmon’s underfunded No. 74 car. Hammann is a GT Academy graduate and raced in the Blancpain Sprint Series over in Europe. Then, there’s SCCA racer Preston Pardus, son of former NASCAR driver Dan Pardus, who will be making his Xfinity Series debut.

You could even include NASCAR’s man of the hour, Matt DiBenedetto, fresh off his second-place Cup Series finish at Bristol Motor Speedway last weekend. He’ll make his first Xfinity start since 2016 and hopes to build upon two top-six finishes at Sonoma Raceway and Watkins Glen in his Cup ride.

Those results actually pale in comparison to what we’ve seen from Xfinity road course ringers the past few seasons. Now-retired Justin Marks was sixth at Road America just last year; his lone NXS win came at Mid-Ohio in 2016. Open-wheel driver James Davison was fourth at Mid-Ohio only two years ago. And sports car racing’s Andy Lally has three top-10 runs in his last five starts in NXS from 2016-2018.

Why do these drivers find a safe, competitive home in NXS but not in Cup? The answer is simple: money. It simply costs less to slide into a ride that’ll give these drivers a chance to win, not just run around at the back in 35th. As the Cup Series became increasingly expensive to run this decade, the kind of sponsorship drivers like Fellows or Said could drudge up would only be good enough to pair with a backmarker team. That meant if everything broke their way, maybe a 20th-place finish was possible instead of getting a chance to run up front.

And isn’t that what every race car driver wants to do? Win? So why bother in Cup for a one-off race if you’re not getting a chance at top-tier success? Xfinity has trotted out winners at these races like Nelson Piquet Jr. (Road America – 2012), Marks and even a guy like Jeremy Clements (Road America – 2017).

So past history shows that as long as you can find a car to drive, you’ve got a shot. And finding an open seat in the Xfinity Series is easy! It’s the only one of NASCAR’s top-three divisions to have a handful of start-and-park cars each week. Filling the field is often difficult and a minimal amount of funding can land you a ride in half-decent equipment. Mid-Ohio and Road America also have a limited amount of Cup regulars, if any. That clears out some competition and even provides top-tier availability for rides at Joe Gibbs Racing and elsewhere.

Money problems are also to blame for race teams who once ran extra Cup cars for road course ringers. Finding sponsorship for their full-time programs in Cup is hard enough. Creating the structure now for part-time rides has proven near-impossible, especially during a playoff era where full-time competition, the 10-race playoff and championship points are the main focus. Why bother spending the money for a team that’ll run no better than 15th? Or be nothing more than collecting notes for the other three or four full-time competitors? Once again, the athletes want to win. An extra paycheck only means so much if you’re sitting there in 30th place.

But over in NXS? A team like JGR can afford to run a one-race deal for a road course driver who’s capable of winning. They already have the structure in place, full-time cars often a merry-go-round of Cup drivers dipping down for part-time schedules. So it’s a perfect opportunity for them to slot in these road course experts, drivers they’d put in a part-time Cup ride instead back during the NASCAR boom years of the mid-2000s.

So mourn the death of the road course ringer in NASCAR’s top division. I think it makes the racing that much more unpredictable and fun. But if you like seeing those unfamiliar names on the entry list? Especially when they’re running up front? You’re in luck. The unique conditions of NASCAR’s Xfinity Series should offer those opportunities for a long time to come.

There was a day when ringers might have a chance to pull off a surprise win in the Cup series back when only 20% of the regulars were adept at road course racing. Now the majority of the regulars are competent on road courses. Whatever advantage the ringers might still have isn’t great enough to outweigh what they lose by not being in-synch with the crew chief and pit crew. So why bother using ringers anymore? By contrast in the Xfinity series there are still a lot of up and comers that are still learning all aspects of racing, especially road course racing. So there is an opportunity for the ringers to come in because in Xfinity you are back to the 20% of regulars being adept at road course racing.