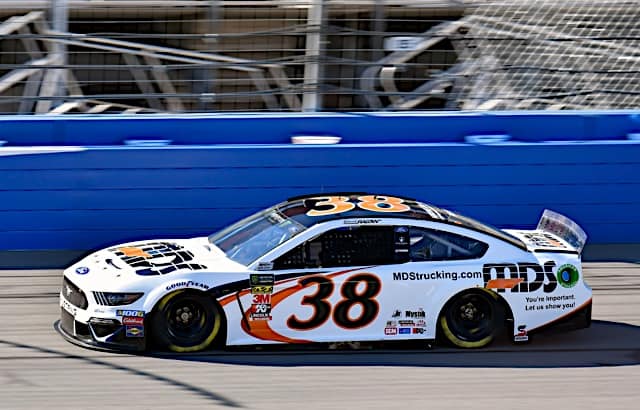 The first big piece to the 2019 Monster Energy NASCAR Cup Series silly season puzzle was dislodged last week with the announcement that Matt DiBenedetto would not return to the No. 95 at Leavine Family Racing despite a career year for both driver and team. And while it’s likely that Christopher Bell will fall into place in that picture, there are a lot of questions swirling this year as some big names and top rides could change hands. Here are a few to keep an eye on who could be players and a big reason why it could pay for some drivers and teams to look even further ahead.

While Busch has indicated he’d like to race another year or more for Chip Ganassi Racing, so far no deal has been announced. Busch did visit Le Mans earlier this summer with Ganassi amid speculation that he might be persuaded to run sports cars for Ganassi in the future.

If Busch returns, it provides CGR with stability and a known driver. Former champion Busch has a win in the No. 1 this year along with 13 top 10s and is solidly eighth in points, while teammate Kyle Larson has struggled to find consistency.

If Busch doesn’t stay, where he’ll end up is only part of the picture. Because of a failed deal (no fault of team or driver) for an Xfinity Series ride, Ross Chastain has been linked with CGR. He’s certainly an up-and-coming talent, currently gunning for a Gander Outdoors Truck Series title against considerable odds, entering the game very late and driving for a smaller team in the series. Whether he wins the title or not, his stock has risen considerably. Without a driver development program, Ganassi will have to go the free agent route.

Bowyer, who won twice in 2018 but has yet to visit the winner’s circle this season, has been at the center of a whirlwind of speculation as well. Some reports say he’s safer in the No. 14 for Stewart-Haas Racing than others have indicated. Bowyer hasn’t had much in the way of good luck this season, and like Kurt Busch, he’s over 40, which in recent years has been a strike against free-agent drivers. If he leaves SHR, options could be limited. He’s still an asset, but the team’s performance has dropped off this year, so changes could be in the pipeline even so.

If the No. 14 becomes available, the most likely candidate is probably Cole Custer, whose father’s role at SHR gives him an in, but who has also had an excellent season in the Xfinity Series, with five wins to date. Custer’s 10.9 average finish is actually down from 2019, where he averaged ninth place for the year.  That’s incredible consistency, and if it translates to the Cup Series, could be very enticing for SHR.

Mere days after learning that no matter what he’d done for Leavine Family Racing, Toyota had no intention of allowing him to stay in the No. 95, DiBenedetto had a career night at Bristol Motor Speedway, leading a race-high 93 laps en route to a second-place finish, the best of his career. He has led more laps and scored more top-five finishes than LFR did in the previous eight years of its existence. And LFR is still underfunded compared to many teams, not funded at near the level Furniture Row Racing enjoyed. Among teams with similar funding, DiBenedetto trails only Chris Buescher in season points.

But what he doesn’t have is a major sponsor to entice teams to offer him a ride. He’s certainly earned a shot at a next-level car, but if other drivers bring money, it won’t matter much. His best bet might be to pitch himself for a top-level Xfinity ride, and there could be a few vacated, like Custer’s seat if he moves up, or the No. 2 at Richard Childress Racing if Childress makes room in the Cup stable for Tyler Reddick. An NXS title would do more to keep DiBenedetto relevant than a lower-tier Cup ride.

As for the No. 95, that will almost certainly be filled by Toyota development driver Bell, whose 13 wins in less than three full seasons in NXS competition make him a prime target, and Toyota will do what’s necessary to keep him in the fold after losing several young drivers in the last few seasons to other organizations.

Yes it’s a small, underfunded team, but the No. 38 is currently the only Cup ride that’s for certain open for 2020 as David Ragan retires.

A driver like DiBenedetto would be a score for the team. In fact, he’s probably the most popular driver among the mid- and lower-tier teams, and has shown real talent every time he’s been given an opportunity. He’s improved every team he’s driven for. The No. 38 would be a step backward, but it’s a ride that will keep its driver in full-time Cup competition. For the team, it’s definitely an opportunity to attract more attention and hopefully more sponsorship.

It’s unlikely that Busch or Bowyer would take the ride. There’s been some speculation that SHR will pair with Go FAS Racing next year and put Custer in the No. 32, which could make Corey LaJoie another possibility for the No. 38, and for him, it could be a small step forward.

Having the only open seat makes FRM a player in Silly Season regardless, so expect the organization to stay on the radar until a driver is signed.

5. What’s coming down the pipe

There are a couple of other pieces that won’t likely fall into place this year but may very well be crucial a year from now, and may play a role in this year’s decisions. Nobody drives forever, and both Kevin Harvick (reportedly signed through 2019 but expected to return) and Jimmie Johnson (signed through 2020) are the two oldest full-time drivers and rumors have swirled about both in regards to retirement in the next few seasons.  If one or both announce that 2020 will be his last season, that could play an indirect role in this year’s signings. It could mean a driver like Custer takes that No. 32 to learn from the SHR veterans before moving into the team’s flagship ride. It could mean a driver like DiBenedetto takes a top Xfinity ride for 2020 in hopes that it serves as an audition for a top ride at SHR or Hendrick Motorsports.

So, while the Nos. 4 and 48 are unlikely to change hands for next season, they could be among the first pieces to the 2021 puzzle.

Ignoring the silly season will give me a chance to work on my Dykstra tribute to the 1986 World Series Champs. I’m calling it Lenny and the Mets.