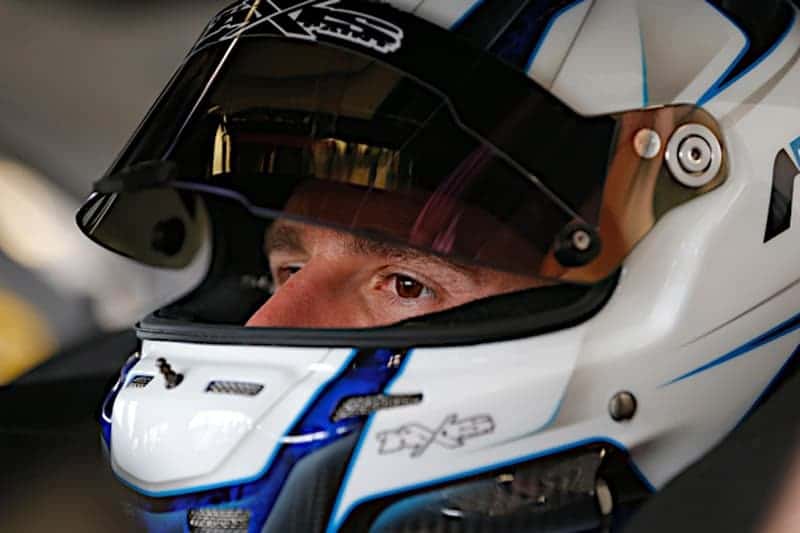 If you’re Matt DiBenedetto, would you rather have a mid-pack Monster Energy NASCAR Cup Series ride or a winning Xfinity Series car next season?

Joy Tomlinson: Neither. I mean, there are no guarantees of winning anything in NASCAR, but if I want to win races I would go to Xfinity. At least some Cup drivers race there occasionally, so I would still have to try to beat them. Once a person came so close to winning like Matt DiBenedetto did at Bristol Motor Speedway, it would be hard and frustrating to go to a lesser-funded team. Either way, it would still be a step down, but at least he would still get to drive in NASCAR.

Vito Pugliese: DiBenedetto is on the cusp of winning, finally beginning to get competitive in the Leavine Family Racing car that is essentially transforming into what the Furniture Row Racing was in the formative year of its strategic alliance with Joe Gibbs Racing. Likely the technology transfer is starting to ramp up with Christopher Bell reportedly coming on board. That said, DiBenedetto is showing what he can do with in the premier series, finally, so having him take a step back to Xfinity and win some 200-mile races seems a bit premature at this stage of his career arc. He’s about where Dale Jarrett was in 1991 at this point in his career, so to step back now would be tragic. That said, there are more than a few established drivers with top teams that should be put on notice, because as his stock continues to rise and his visibility increases, the chances of him displacing a current driver will exponentially increase.

Frank Velat: Fortunately for DiBenedetto, his performance over the last few weeks won’t be soon forgotten. While there isn’t an obvious landing point on the map now, a lot can change between now and February. Drivers who excel in lesser equipment are usually snatched up quickly (see: David Gilliland) by someone looking to maximize their potential.

Outside of DiBenedetto, what other driver do you think would excel if they ever got a shot in a top tier ride?

Velat: Brandon Brown. Brown has sponsorship from his alma mater, Coastal Carolina University, among others, and his performance in his family-owned cars has been borderline phenomenal. Brown is a nod to the old style of driver who not only drove the car but worked on it at the shop. He also finishes races, with only two DNFs (both mechanical failures). He takes care of his equipment, likely a result of having to fix it if he didn’t.

Pugliese:  Bubba Wallace. Let’s face it, Richard Petty Motorsports isn’t exactly a top-tier organization with the sponsorship situation being what it is. The hand-me-down Richard Childress Racing program only seems to pay dividends at Daytona International Speedway and Talladega Superspeedway. The fact that the Nio. 43 is still struggling to find funding after that runner-up Daytona 500 ride last year is still a mystery to me, when you see what kind of fully sponsored programs drivers who have the charisma of a potato continue on with in perpetuity.

Tomlinson: Ross Chastain. He’s already excelling where he’s at in the Gander Outdoors Truck Series, with three wins, seven top fives and 14 top 10s. He also has an Xfinity Series victory this year and already proved what he could do for Chip Ganassi Racing last season for a few races. Chastain is talented and can win races on a limited budget, and he could do wonders in a top-tier ride.

The Truck Series has its lone road course event this weekend, but none of the playoff contenders have a road course win. Which one do you think has the best shot?

Pugliese: Not a playoff driver, but Todd Gilliland needs something good to happen for him. He had some good runs going the last few races since Pocono Raceway and needs something big to help him break through and get him back on track career-wise. Road courses can devolve into strategy races, so maybe he can be fast enough to do something different than the rest of the field, but not slow enough to be irrelevant.

Velat: Whoever is the last guy to run second. Being the leader late at Canadian Tire Motorsport Park has not ended well, as we’ve had four instances of the leader getting dumped or shoved aside on the final lap. With a record like that, any runner-up within striking distance has to feel like it’s punt or be punted.

Tomlinson: Matt Crafton or Brett Moffitt. Crafton has three top fives and five top 10s at Canadian Tire, including a runner-up in 2015. Though he hasn’t found as much speed as of late, he needs a win this year. Moffitt finished third in 2018 there and has performed exceptionally well this year, with three victories and 10 top fives. Road course racing embodies speed, skill and strategy, and Moffitt and his team can definitely utilize all three here. However, he may consider playing it a bit safe since he won at Bristol.

Are NASCAR teams hurting the sport by turning down sponsors they don’t believe fit a so-called PC, family-style atmosphere like Slayer? Or does that help keep the sport’s brand intact?

Tomlinson: I don’t have a problem with organizations turning down sponsors, but the way this was handled with Slayer could’ve been done differently. Before any deals are made, drivers and teams should look into the sponsor to see whether they would mind them being on the car. That apparently wasn’t done for Bristol. That being said, I wouldn’t have minded Slayer being on the car, as I was thankful they were willing to be a sponsor. If NASCAR and teams want to attract new fans to the sport, maybe don’t back out of a deal after it was made.

Pugliese: Yeah, I’m sure Slayer was really making a push to be a fixture in motorsports. Looking forward to seeing the new Scuderia Slayer car in Formula 1 next year. Probably the most overblown story of the weekend of little to no consequence, though I’m sure Rick Ware Racing feels differently. In the larger scheme of things, I don’t see it having that material of an impact of potential sponsors unless they’re dabbling in the dark arts. I do remember the Butt-Paste sponsorship being short-lived because of some hand-wringing over the name on cars. I can only imagine the uproar a year from now as election season heats up and candidates start slapping their names on quarter panels of backmarkers to show their support for a voting block.

Velat: This was a bigger issue to the fans than it was to either party involved in the deal. The teams have to do what they think is best for their organization, but if this wasn’t a done deal, it would’ve been better to not announce or reveal anything in advance. As far as the PC aspect of it, sponsors shouldn’t be turned away for that reason alone. If you’re that worried about the children being corrupted, don’t rent scanners for them. There’s much more to be offended by over team radios than any logo you’ll find on a car hood.