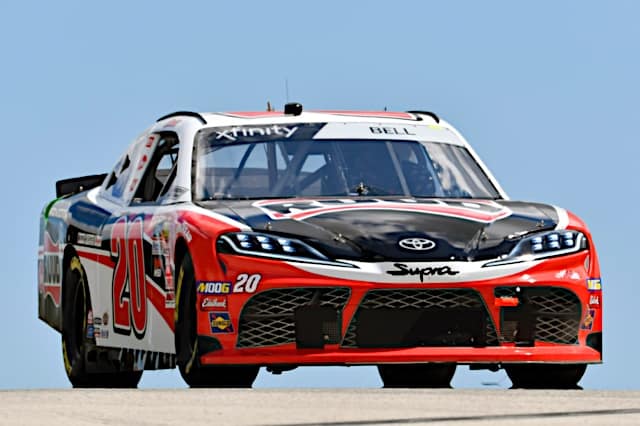 Christopher Bell found his stride as he led both Xfinity Series practice sessions for the CTECH Manufacturing 180 at Road America Friday (August 23).

There was one red flag posted in the opening period for debris on the course. Dexter Bean also spun, but was able to keep going without any stoppage.

No drivers completed 10 consecutive laps during the session.

The last session was a busy one, but more on that later. The period, again, saw Bell leading the way, posting a lap speed of 108.562 mph, slightly faster than his first run earlier. This time, DiBenedetto went 108.106 mph, taking the second-fastest lap. Kaulig cohorts Allmendinger and Haley were third and fourth, respectively. Custer rounded out the top five, with a lap speed of 107.895 mph.

Noah Gragson found himself among the top 10 vehicles in the session with the sixth-quickest speed. Cindric, Clements, Chase Briscoe and Smith finished up the top 10.

There were several incidents that brought out the red flag in that lengthy practice period. One that didn’t was Brandon Brown spinning off course in Canada Corner, with a couple of other cars following suit. All three cars were able to return to the track without any further trouble there.

With about 50 minutes left to go in final practice, Brandon Jones made heavy contact to the front of his car exiting the Kink. He has to go to a backup car and will drop to the rear before Saturday’s race.

Take a look at what happened. pic.twitter.com/ozc9ohsKQw

Clements car also was stalled on the track during that long red flag.

The red came back out for several cars stalling at multiple times during the session, Preston Pardus and Josh Williams among them.