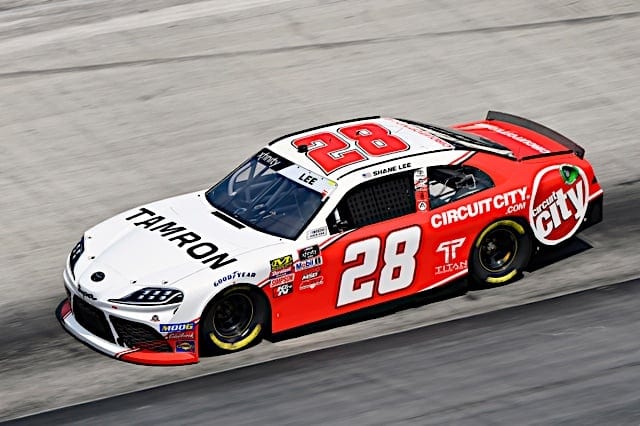 Lee has confirmed this news on Twitter in reply to a fan’s query, simply stating, “That is correct.”

The team debuted its No. 28 Toyota in the first Iowa Speedway event earlier this season, and in seven races Lee had a best finish of seventh at the second Iowa race, with top-20 results in five of those races.

Despite those impressive results for a start-up team, Catchfence reported that the decision was performance-based.

Lee is a 26-year-old from Newton, N.C., with 20 career starts in the Xfinity Series. He drove the No. 3 Chevy for Richard Childress Racing on a part-time schedule in 2018, earning three top 10s in 13 races with a best finish of fourth at Kansas Speedway.

A replacement for Lee at Darlington Raceway this weekend has not been announced.