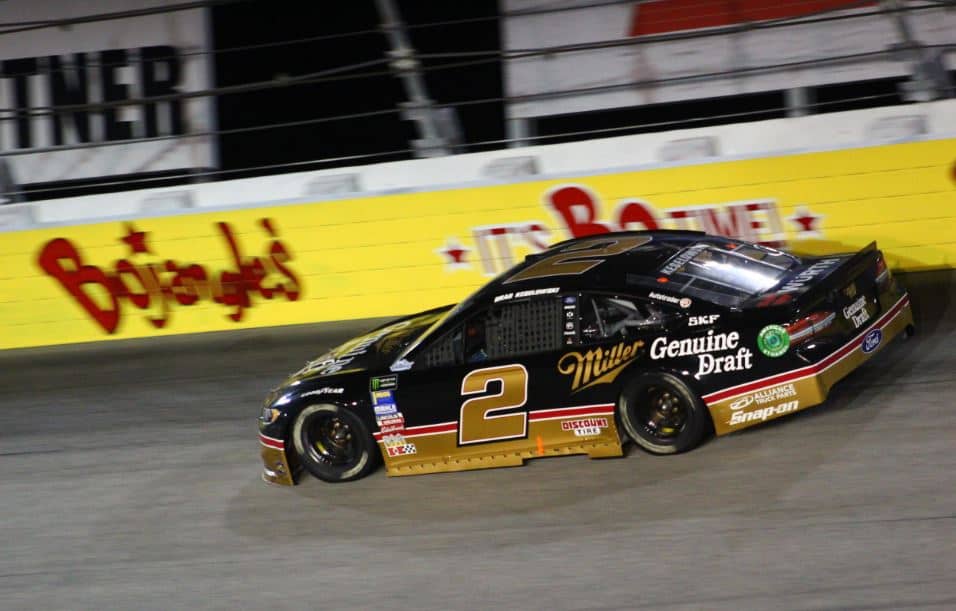 Nothing beats the anticipation of the beginning of the season and the thrill of the Great American Race — the Daytona 500. We waited all winter for it, and it’s a sign that spring is on the way when NASCAR returns. But a close second to the excitement of the Daytona 500 is the anticipation of the throwback weekend at Darlington Raceway. The Southern 500 should always be the last official summer race of the NASCAR season, and the folks at The Lady in Black have made this race even more special with the throwback paint schemes.

Believe it or not, we came very close to losing Darlington Raceway a while back. That is hard to believe now with the excitement surrounding this throwback weekend, but progress almost closed this place. Brian France was trying to move NASCAR to the next level following his father’s advice that you can’t stay the same size, you either get bigger or get smaller.

They abandoned The Track Too Tough to Tame for the traditional holiday weekend, thinking that Auto Club Speedway in Fontana, California, would add more luster to the weekend. Crowds slowly shrunk, and if Jim Hunter had not been running Darlington at the time, this place might have been closed.

Many times when some insider at NASCAR attempted to make huge changes, Jim Hunter said no. Every time I see a stock car running a lap at Darlington, I say thank you to Jim Hunter because it could have gone the same way as Rockingham or North Wilkesboro speedways had Mr. Hunter had not been on duty to make sure that dark day never came.

Last week, the NASCAR world was all abuzz with the news of Tyler Dippel‘s suspension. NASCAR tried to hide the truth from everyone, which actually made things worse.

The governing body has become so great at controlling the story from the inside on smaller issues that it thought it could do the same thing with Dippel. When Dippel’s truck was stopped in New York state for changing lanes without proper signal and a controlled substance was found in a backpack, nobody wanted to claim the police had probable cause for an arrest, and NASCAR had to react.

Thankfully, the news this week has been good, but again the story is being controlled, which only allows the rumor mill to flourish. Did the backpack in question belong to another NASCAR driver? The only thing we know as fact is that Dippel passed another drug test, so whatever was in that bag, he was not taking.

All charges have been dropped against Dippel, and with the ball is in NASCAR’s court, the sanctioning body rescinded his suspension on Wednesday (Aug. 28) night, which I expected them to do after they checked all the facts. It was sad to see so many in the media jump to conclusions expecting the worst, but NASCAR also spurned the rumor mill running wild when it tried to control the story too much. Maybe we can call this strategy the “Dippel Effect” when it backfires as it did this time.

Race the racetrack … this cliché is overused because it is true at Darlington. This 500-mile race used to be a test of man, machine and the heat, but with the advances in racing technology and a switch to a night race, it’s now a test of man and his brain. While I think the “classic” NASCAR races should be run without stage breaks (still award the points, just don’t stop the race), no matter how you conduct the race, 500 miles at Darlington is always a treat. It is also a tough race to handicap.

Win: Kevin Harvick – Has scored more points than any driver over the last five races there.

Place: Denny Hamlin – On a nice roll lately and is good at racing the track.

Show: Kyle Busch – Has never won the “real” Southern 500 in his career (he won it when it was held in the spring).

Wasn’t it Brian’s father, the second Bill France, who actually made the move to a Labor Day race in California? I might be a bit foggy there. Anyway, that was the beginning of the end of the golden era of the sport. Sometimes, you have to stick with what got you where you are. Fontana sjpi;d be closed and move that race to Sanoma for a second race.
Darlington had to survive Mother’s Day weekend and a couple other moves. Same with Martinsville, as they put those races during the International Home Furnishings Market in High Point and Palm Sunday. They haven’t upgraded the rest rooms at Martinsville and she keeps right on.
With the sport teetering on relevance, don’t listen to the goobers at Fox and pay attention to the people who purchase tickets.