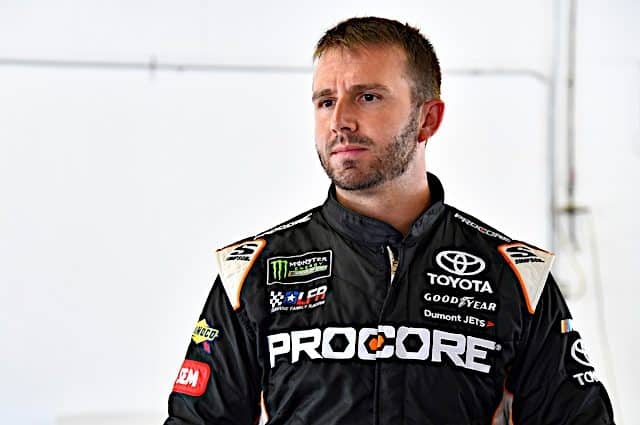 DiBenedetto tweeted his appreciation along with a confirmation of the two races.

LOOK WHAT IS HAPPENING…the beginning of a beautiful partnership coming to you at Vegas and Talladega 👀 https://t.co/gXx6PWI24o

DiBenedetto became an increasing fan favorite and favorite of Portnoy after his second-place finish in the 2019 Bass Pro Shops NRA Night Race at Bristol Motor Speedway. Portnoy attended the race and interviewed DiBenedetto and race winner Denny Hamlin. When he interviewed Hamlin, he dubbed DiBenedetto, “The People’s Driver.”

The race at Bristol Motor Speedway was the first race for DiBenedetto after Leavine Family Racing announced he would not drive the No. 95 Toyota next season. His runner-up finish was a career best.

DiBenedetto must win in order to make the playoffs, as he is currently 22nd in the championship standings with three top-five finishes, five top 10s and 143 laps led.

Mark joined Frontstretch at the beginning of the 2019 NASCAR season. He is an Eagle Scout & a proud University of Dayton alum. He also writes about NASCAR for Beyond the Flag.
@MarkKristl
Previous Marcus Ericsson Set for Formula 1 Return; Conor Daly Filling in at Portland
Next Holding a Pretty Wheel: Only a Test for NASCAR? 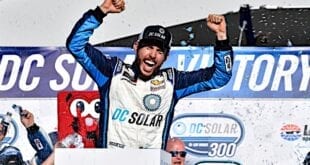