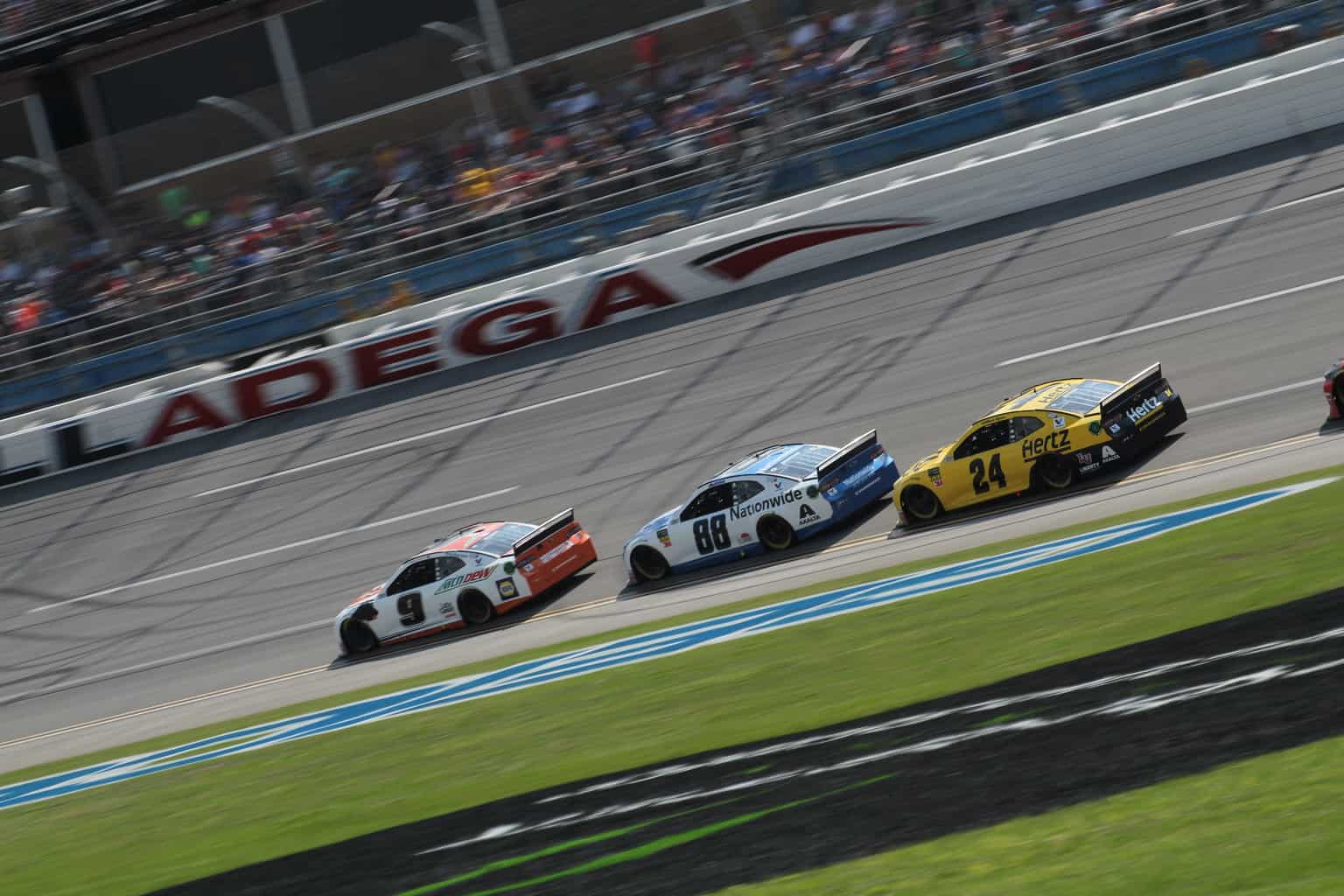 Regarding the suspensions of both Bayley Currey and Matt Borland, did NASCAR handle them appropriately, or should something be done differently going forward?

Adam Cheek: I believe so. There’s no place for that in the sport; if you’re going to use substances prohibited by NASCAR — on your own time or in the offseason — you’re jeopardizing your career and status within the sport by doing what Bayley Currey and Borland did.

Frank Velat: One issue here is that it’s impossible for NASCAR to make a rule that takes context into account. Recreational drug, herbal supplement or diet coffee can’t be considered when making the initial move. It all has to be laid out in black and white with clear guidelines set. If you fail the test, you sit until the situation is sorted out. It isn’t the popular way to handle it, but there is no other way that doesn’t compromise safety. How you’re treated by an also-ran with a platform and a microphone is a whole other story.

Amy Henderson: NASCAR made the right call.  You can’t have different rules for different people, so either a substance is banned, or it isn’t. NASCAR has done a good job with the substance policy. Teams are given a list of what they can and can’t have, so it’s entirely on them to know the ingredients in supplements and energy drinks.

There’s been some discussion about increasing the number of teams one organization can field. Is that a good idea?

Velat: No. I wish it could be less. But rather than open up competition, shrinking the allotment would probably just mean even fewer cars and jobs. However, permitting teams to expand would likely eventually lead to three superteams, one for each manufacturer, and nothing good would come from that scenario.

Mark Kristl: No. If one organization could field more than four cars, charter or not, then the well-funded teams would gobble up the underfunded teams. For instance, would Stewart-Haas Racing have allowed Cole Custer to race for Rick Ware Racing last season if it could have fielded an additional car for him? No, and RWR would not have received the owners’ points from it. There needs to be a cap on how many entries Xfinity Series and Gander Outdoors Truck Series teams can field in a race. ThorSport Racing has entered five entries in a few races this season, yet Jesse Little and JJL Motorsports have only run part time. If ThorSport was capped at four entries, perhaps it would have contracted the additional driver, crew chief, crew, etc., to JJL for the race. We need more teams collaborating, such as Jordan Anderson fielding two extra trucks at Canadian Tire Motorsport Park under the Roper Racing Team and Hill Motorsports banners. Allowing teams unlimited amount of entries defeats that purpose and hurts each respective series.

Cheek: If anything, five should be the cutoff. Four’s plenty, but if they wanted to increase it I’d cap it at five, no need for any team to have more than that. However, it should be left the way it is; the limit has been four for some time, and it’s a reasonable number.

Is the Truck championship favorite Ross Chastain, Brett Moffitt or someone else?

Velat: Brett Moffitt. The No. 24 truck has momentum, and that team is peaking at just the right time. In the playoff era, the formula for championship success is less about season-long dominance and more about getting a hot hand late in the going. We saw it over and over in the Cup Series with Jimmie Johnson. He’d gather a few wins during the season, and then when the playoffs began, he would hit his stride. Moffitt may not win seven titles, but after this season, he will have two.

Cheek: Moffitt. Ross Chastain is one of the best stories of the year, and he has a great shot to win the title, but Moffitt has had an incredible season and hasn’t had a championship hangover. Plus, Moffitt has swept the first two races of the 2019 playoffs — from the pole, I might add. If that’s not all the momentum someone could ask for, I don’t know what is.

Kristl: Although Moffitt can be beaten, he won’t be. He already has enough playoff points to likely advance to the Championship 4, he is the reigning Truck Series champion and GMS Racing is a championship-winning organization. Plus, GMS supplies support to Niece Motorsports. As the playoffs go further, will the team keep its best equipment and notes for Moffitt? If it wants to win the championship, it should.

The number of throwback schemes used for Darlington Raceway weekend over the past four years has surpassed 100. Describe one that you have yet to see but would really like a team to use.

Cheek: Brian Vickers’ multicolored GMAC car from 2006. It’s one of my all-time favorite schemes, and, considering GMAC became Ally Financial in 2010, Johnson running that scheme with Ally backing would be amazing. I would also enjoy seeing Chip Ganassi Racing throw back to one of the many Bellsouth cars driven by Joe Nemechek and Kenny Irwin Jr., preferably the green version that Irwin drove — such nice-looking liveries. Others I would love to see are Fred Lorenzen’s iconic white Lafayette Ford car and Jeff Gordon’s DuPont flames scheme.

Kristl: On Twitter, a user named Darlington Throwbacks creates fabulous looking throwback scheme possibilities. Although he created this paint scheme for AJ Allmendinger, this scheme could be applicable to either JTG Daugherty Racing driver.

Both Chris Buescher and Ryan Preece have driven a variety of different paint schemes this season. Terry Labonte won his second Cup championship driving a Chevrolet, and Rick Hendrick was his car owner. Now Hendrick Motorsports has an alliance with JTG, and no driver has driven a Terry Labonte ’90s-inspired paint scheme in Cup. As a longtime fan of Texas Terry, it is time teams throwback to Labonte and his Tony the Tiger scheme.

Velat: McDonald’s and CGR should team up for a throwback to Bill Elliott’s 1999/2000 scheme with the golden arch down the side and the black roof. Also, how about some of the one race designs such as Jeff Gordon’s Chromalusion, Terry Labonte’s Spooky Fruit Loops or Mark Martin’s Synpower? All great designs that can’t be overlooked simply because they didn’t adorn a car for an entire year.

Should be limited to just 2

Car owners should be limited to one.

Don’t they already do this with satellite teams?!

I think four teams are plenty. If TRD doesn’t want to lose developmental drivers then they need to financially provide resources for new Toyota teams. The only issue with this scenario is those ungodly charters.

Let’s do a throw-back pace car, convertable, with yellow flags attached to the bumper. And I am showing my age here, but some of the Mario Andretti Daytona 500 winning Ford.

Also, four teams are the maximum that should be allowed. And if you own 4 cup teams, you should only be able to field one Xfinity team. For each car you reduce, you can increase the number of Xfinity cars you own. Three cup equals two Xfinity. You get it.