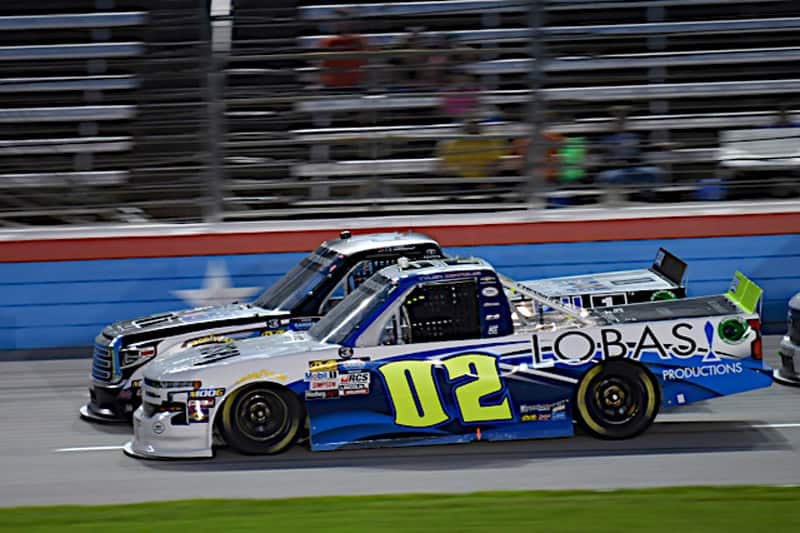 NASCAR reinstated Tyler Dippel on Wednesday (Aug. 28) night. The sanctioning body lifted his suspension after the charge against him of possession of a controlled substance was dismissed during his court appearance earlier the same day.

As a result, Dippel is eligible to return to racing when the NASCAR Gander Outdoors Truck Series resumes action at Las Vegas Motor Speedway on Sept. 13. Although Young’s Motorsports has not announced whether he will return to the seat of the No. 02 Chevrolet, the team did not fire him when he was initially charged, as Beth Lunkenheimer noted in her “Truckin’ Thursdays” piece.

Dippel issued a statement on Facebook on Wednesday to explain his side of the story and what led to the initial traffic stop, also announcing he had been cleared of all charges.

This saga comes to an end five days after it began.

Dippel was suspended indefinitely by NASCAR on Friday, Aug. 23 for “actions detrimental to stock car racing” and “a violation of the sport’s code of conduct.”

Young’s Motorsports issued a statement the following day and announced DJ Kennington would replace Dippel as the driver of the No. 02 Chevrolet at Canadian Tire Motorsport Park. Kennington went on to finish 15th in Sunday’s race.

During the FS1’s pre-race show, FOX Sports analysts Todd Bodine and Jeff Hammond offered pointed takes on Dippel’s situation. Their coverage was a topic of conversation in this week’s edition of Couch Potato Tuesday.

FOX Sports reporters Bob Pockrass and Alan Cavanna reported Monday (Aug. 26) that Dippel was charged with possession of a controlled substance, determined to be “‘Amphetamine and Dextroamphetamine’ in a pill bottle inside a backpack” in Wallkill, New York, which NASCAR confirmed led to an indefinite suspension.

The Truck Series will race in the World of Westgate 200 on Friday, Sept. 13. Despite missing the 2019 Chevrolet Silverado 250 at Canadian Tire Motorsport Park, Dippel is in 13th in the championship standings. In his rookie season, he has one top-five finish and three top-10 finishes. When asked at Michigan International Speedway, he said he hoped to be back driving for Young’s Motorsports in the Truck Series next season.

Congrats NASCAR on doing the right thing. I was wrong