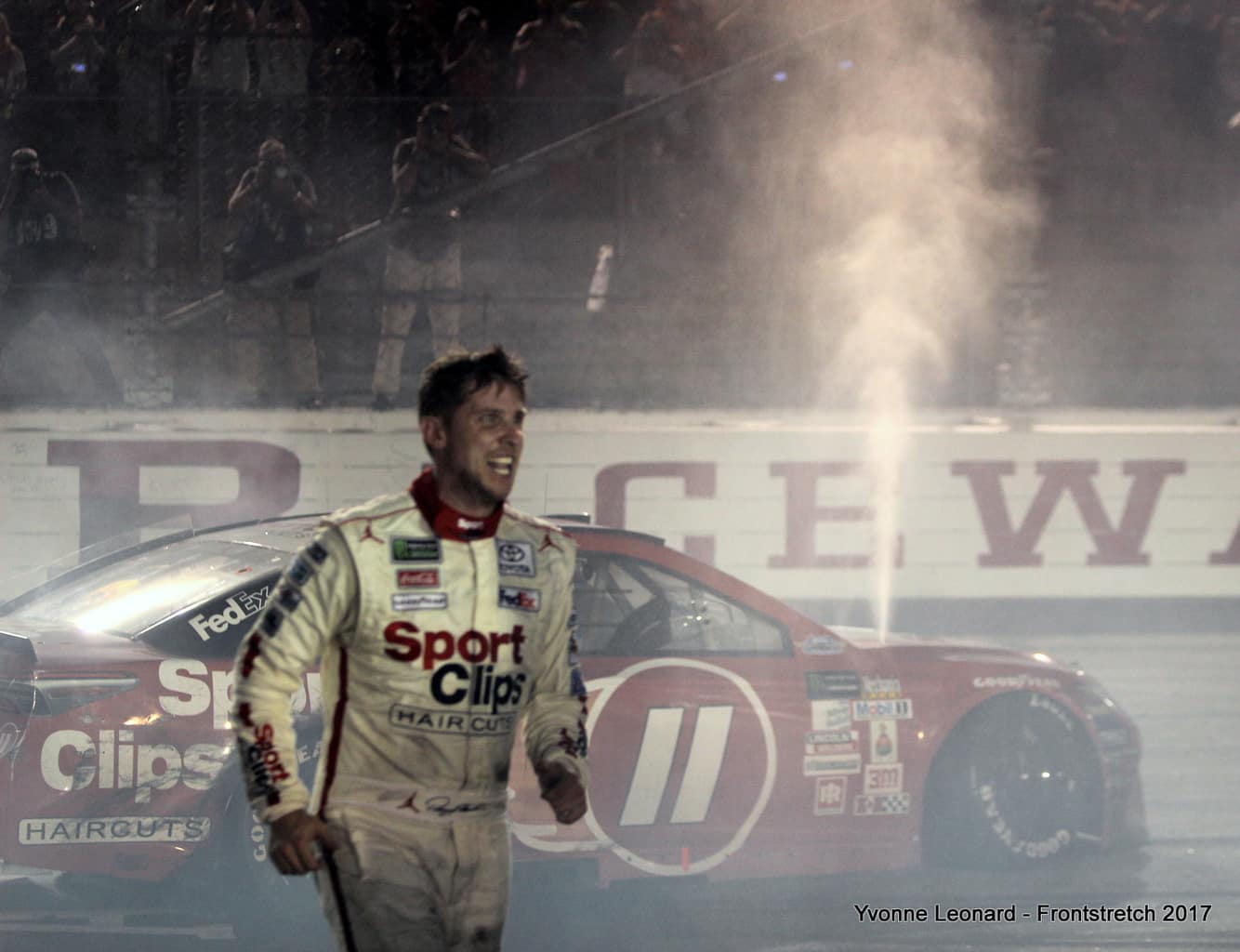 It’s crown jewel time. After a week off, the Monster Energy NASCAR Cup Series heads to Darlington, S.C., for one of its most prestigious races of the year — the 2019 Bojangles’ Southern 500. The race will take place on Sunday, Sept. 1, at 6 p.m. NBCSN will air the event.

A big race needs a big lineup, and it’s important to throw back to drivers with a rich track history when filling out your daily fantasy roster on NASCAR’s official Throwback Weekend. Darlington Raceway is a driver’s racetrack, meaning it comes down to the talent and endurance of the driver more so than the ability of the car. The 1.366-mile track is one of the most grueling on the NASCAR circuit, as each of its turns are unique and difficult in their own respects. The track is a narrow one for 39 cars, and it often leads to many cars scraping the wall and earning their “Darlington Stripe.”

Just because a driver has been good all season doesn’t mean they will shine at Darlington. Pay attention to which drivers have performed well at the track in the past and which are good at taking care of their equipment to be there at the end. Just because someone starts out fast in the Southern 500 doesn’t mean they will finish that way — a few hits to the wall certainly affects someone’s handling.

Also, with only 0.1 points awarded for each lap led by a driver, the need for a dominator is less important when building a winning lineup. The 367-lap race will have a total of 36.7 points up for grabs in this category. Take note when building your roster and focus on mid-pack competitors who can climb up toward the front on race day.

Here are a few drivers to keep an eye on for Sunday night’s race:

Hamlin is the hottest driver on the circuit right now, having won four races this season including two of the last four. And now, we go to a track where the Joe Gibbs Racing veteran is king. He has the best average finish among active drivers and the best all time among those who have made three or more starts at the track. He’s never finished worse than 19th and has only run outside the top 10 twice. He’s led 56 or more laps on five occasions. Among active drivers, only Jimmie Johnson has more Darlington wins than Hamlin.

If you’re a believer in lucky numbers, the No. 11 in general is extremely successful at Darlington. It’s won at the track with NASCAR Hall of Famers Ned Jarrett, Cale Yarborough, Darrell Waltrip and Bill Elliott. Hamlin is donning a Waltrip throwback on his car this weekend, who won at the track five times. Seeing Hamlin’s car and Waltrip’s colors in victory lane this weekend certainly wouldn’t be a surprise.

Keselowski is the defending Southern 500 champion, posting Team Penske’s first win in this race since Bobby Allison in 1975. His No. 2 Ford is throwing back to Hall of Famer Rusty Wallace’s 1996 No. 2 paint scheme. While Wallace never won at Darlington, Keselowski has an excellent track record there.

The 2012 Cup champion has the fourth-best average finish among active drivers at the track and has only finished worse than 17th once — a 32nd in 2013. He has led laps in the past five Southern 500s, including 196 in his second-place finish back in 2015. Last year, Keselowski never led until lap 259 of 367 and emerged late to take the win. He’s precisely the type of driver who will take care of his equipment and emerge near the front at the end.

Another week, another race where Newman is the best bang for your buck. While he has never won at The Lady in Black, Newman owns the most top 10s at the track among active drivers. He has the eighth-best average finish and only Johnson has more top-five results among those starting on Sunday. In his last 10 Darlington races, Newman hasn’t finished worse than 23rd.

Newman’s No. 6 Ford is throwing back to Hall of Famer Mark Martin’s 1993 paint scheme that won the Southern 500 — the first for Roush Fenway Racing. Martin won two Southern 500s in all, so maybe some of that success will rub off on Newman this weekend. Regardless, this veteran’s consistency and ability to save his equipment alone are enough to put him in your lineup.

Putting DiBenedetto in your lineup is going against the trend of drivers with past Darlington success. However, this driver’s in a much better car this year than he’s ever had there. DiBenedetto almost won at Bristol Motor Speedway two weeks ago, leading the most laps before settling for second place. Given a recent string of successes and his drive to find a new job after this year, it’s important to keep playing him in your lineup.

DiBenedetto’s No. 95 is throwing back to the 1987 IMSA GTU Championship-winning GTO Toyota Celica. While that car never saw the surface of Darlington, it never hurts to have championship colors on a car. Plus, DiBenedetto has shown his ability to take care of equipment. With the Lady In Black being a driver’s racetrack, his talent could shine.

Buescher is known for getting the most out of his equipment and being around at the end, which makes him perfect for Darlington. He has the 11th-best average finish among active drivers at this egg-shaped track, not bad for a driver of his experience level. Buescher finished 17th in his first two races and 13th last year, improving upon his starting position each time. Also, the JTG Daugherty Racing driver is enjoying the most consistent season of his career with a 17.3 average finish. He enters Darlington with 13 straight performances inside the top 18.

The No. 37 is not doing a throwback paint scheme this weekend, but that’s not necessarily a bad thing when it comes to results. The first two throwback races had cars without throwback schemes win (Carl Edwards, 2015; Martin Truex Jr., 2016). Maybe Buescher can restart that trend, but either way, he’s still a solid pick for your lineup.