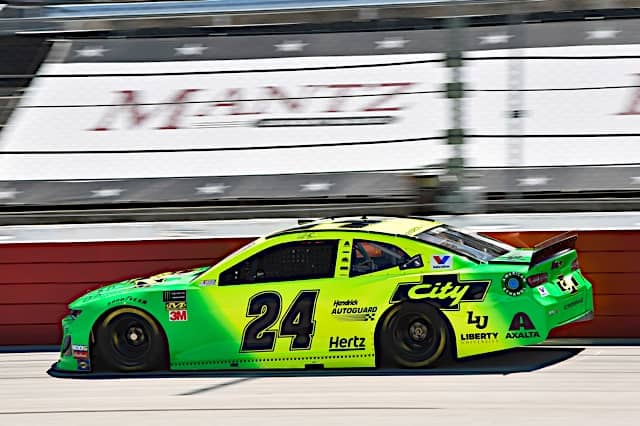 21-year-old William Byron has become the youngest pole-sitter in Darlington Raceway’s 70-year history. Driving a throwback to Cole Trickle’s green and yellow No. 46 Chevrolet seen in the 1990 movie Days of Thunder, Byron laid down a lap of 172.487 mph to claim the top starting position for Sunday’s (Sep. 1) Bojangles’ Southern 500.

The North Carolinian also became just the third driver in Monster Energy NASCAR Cup Series history to win the poles for the Daytona 500, Coca-Cola 600, and the Southern 500 in the same season, joining Fireball Roberts (1962) and Bill Elliott (1985).

The youngest pole sitter ever at @TooToughToTame?

Starting alongside Byron will be the defending winner of the Southern 500, Brad Keselowski. Keselowski’s 172.088 mph lap propelled him to the outside of the front row.

In a throwback tribute to Ricky Craven, Kyle Larson will start his No. 42 Chevrolet from the third position, while Kurt Busch and Daniel Suarez will round out the top five starting positions.

Kyle Busch appeared to have an engine issue during the session, which ultimately relegated to the 33rd fastest time.  As of this writing, the team is still trying to diagnose the issue.

The Bojangles Southern 500 is scheduled to go green at 6:15 p.m. Sunday.  Coverage will air on NBCSN.