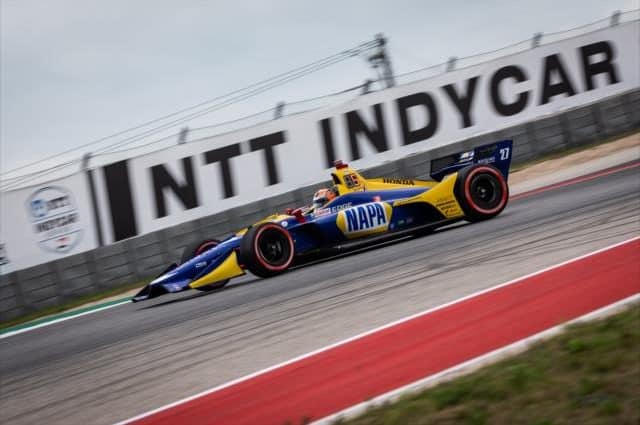 The NTT IndyCar Series announced its 2020 series schedule Sunday afternoon, with the biggest changes being the addition of Richmond Raceway and the removal of Pocono Raceway.

IndyCar hasn’t been to Richmond since 2009, with Scott Dixon winning the final race before the Virginia track was taken off the schedule. The race weekend will take place June 26-27, 2020.

“Richmond Raceway’s history in motorsports dates back to 1946 when the track hosted two AAA Championship Car events,” Richmond Raceway President Dennis Bickmeier said. “After hosting INDYCAR from 2001-2009, we now look forward to the return of the NTT IndyCar Series for our fans at America’s Premier Short Track.”

Long Beach hosts a race for the 37th straight year, the second-longest tenure in the series.

St. Petersburg will host the season opener for the tenth straight year, while WeatherTech Raceway Laguna Seca will mark the season finale for the second consecutive year. The previously two-week-long break between the penultimate race at Portland and the season finale has been cut to one week.

Seven permanent road courses, five street circuits and five ovals comprise the 2020 schedule; eight of the 17 total races will air on NBC, with the remaining nine on NBCSN.

Other races moved around on the schedule, with the Circuit of the Americas event moving to the fourth race of the season, and Mid-Ohio has moved to Aug. 16.

The series will also take a three-week hiatus after racing at Iowa Speedway to allow NBC coverage of the Tokyo Olympics, returning in mid-August for the Mid-Ohio event.

Pocono Raceway released a statement from CEO Nick Igdalsky on its removal.

“It is with great disappointment for Pocono Raceway to confirm we will not be on the 2020 NTT IndyCar Series schedule,” the statement said. “Our partnership with the premier open wheel series in the United States has concluded for now.”

“And finally,” the statement read, “we thank all the drivers who dazzled us with their talent and heroics, as well as those drivers who spoke in support of Pocono during their recent visit. We sincerely wish INDYCAR and their competitors best of luck with the remainder of the 2019 season and beyond.”

Broadcast times have yet to be announced.

Adam Cheek joined Frontstretch as a contributing writer in January 2019. A 2020 graduate of VCU, he works as a producer and talent for Entercom Richmond's radio stations. In addition to motorsports journalism, Adam also covered and broadcasted numerous VCU athletics for the campus newspaper and radio station during his four years there. He's been a racing fan since the age of three, inheriting the passion from his grandfather, who raced in amateur events up and down the East Coast in the 1950s.
@adamncheek
Previous Toyota GAZOO Racing Claims Silverstone 1-2 Finish
Next Will Power Wins IndyCar Grand Prix of Portland