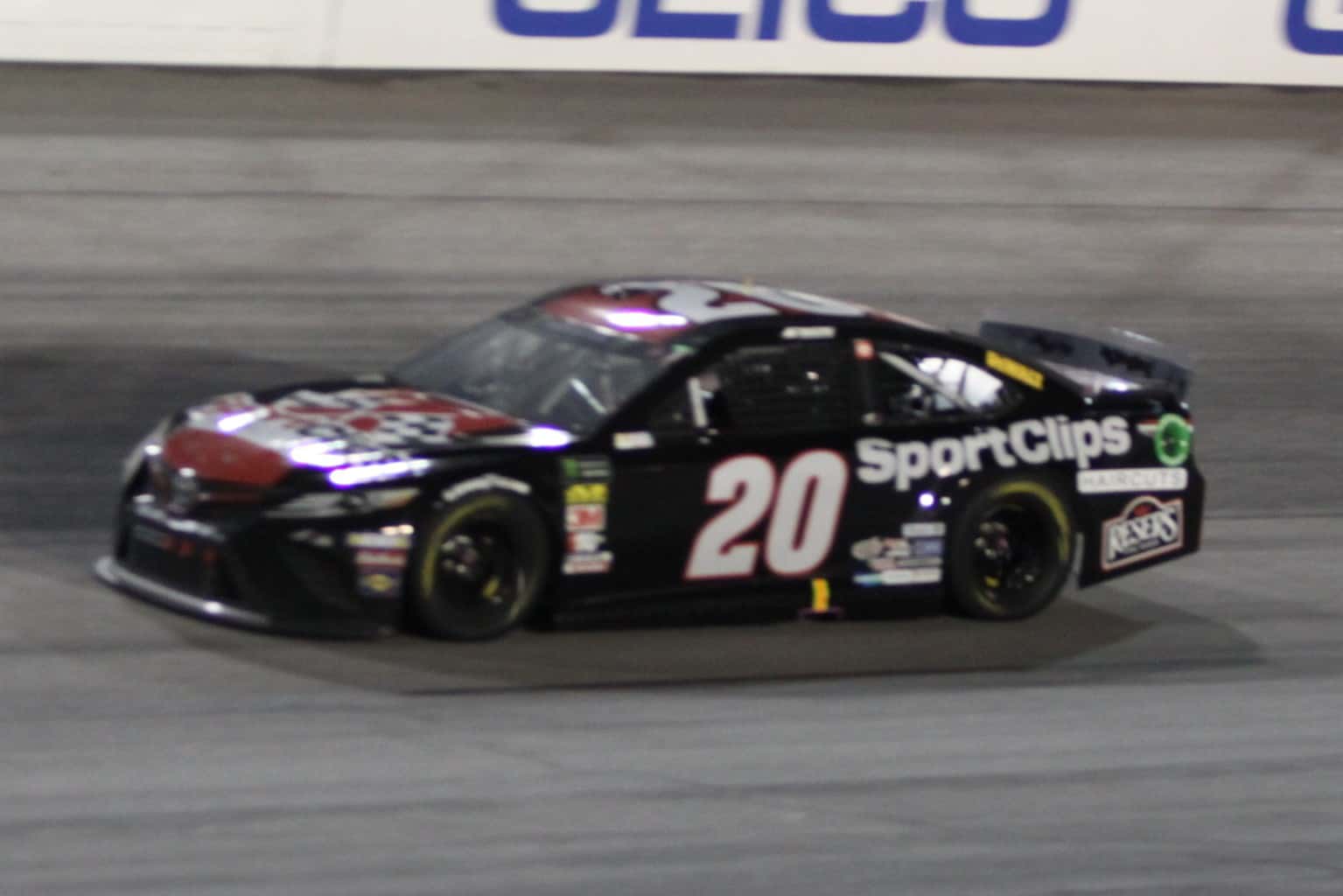 It took until nearly 2 a.m. on Monday morning (Sept. 2), but Erik Jones fought off all comers to take home the win at Darlington Raceway in his 100th career start.

Jones started 15th in the Cup Series’ 70th race at the historic oval, which was delayed several hours due to heavy ran. The race didn’t get going until about 10 p.m., making for a long evening of racing.

William Byron sat on the pole, relinquishing the lead to Brad Keselowski on lap 1. Kurt Busch drove his way to the front and passed Keselowski, leading the remainder of the segment en route to the stage win.

Frustration abounded at the Lady in Black on Sunday night and into Monday morning. Ryan Newman and Daniel Suarez, who entered the race as the two drivers on the edge the playoff cutline, got into it in the first turn, making contact that sent Newman spinning.

More tempers flared between Joey Logano and Chase Elliott, with the two drivers racing each other extremely hard and making some contact. Logano responded to the incident with “F**k that kid.” Logano finished 14th, while Elliott came home 19th.

Kyle Busch was solid all night, winning the second stage and running near the front for much of the 500-mile race.

Along with Newman, Garrett Smithley and Corey LaJoie also had issues and spun at different points in the race. But the biggest incident came with 93 laps to go.

On the restart, Jones shot away with the lead and Kyle Larson giving chase. The younger Busch gradually worked his way into the picture, passing Larson for second and beginning to hunt down his teammate for the lead.

Busch got close – about three-tenths back of Jones – but couldn’t quite match his teammate’s pace, eventually falling back and then smacking the wall. That first time didn’t hurt him much, but he broadsided the wall again, letting second-place finisher Larson by and riding the wall to a third-place effort.

Meanwhile, Jones cruised to victory, sailing across the stripe at 1:52 a.m. for his second career victory and first in more than a year. He added his name to a long list to Darlington winners, piloting a throwback paint scheme that mirrored his first late model car.

Jones also secured his spot in the playoffs with the win, while Kyle Busch clinched the regular season championship.

Four drivers — Kyle Larson, Ryan Blaney, William Byron and Aric Almirola — have locked themselves into the postseason on points. As for those on the playoff bubble, Clint Bowyer is now eight points above the cutline, while Suarez and Newman are tied for the final spot. Johnson sits 18 points outside the playoffs.

The Cup Series’ regular season finale at Indianapolis Motor Speedway will be next Sunday, Sept. 8, beginning at 2 p.m. on NBC.