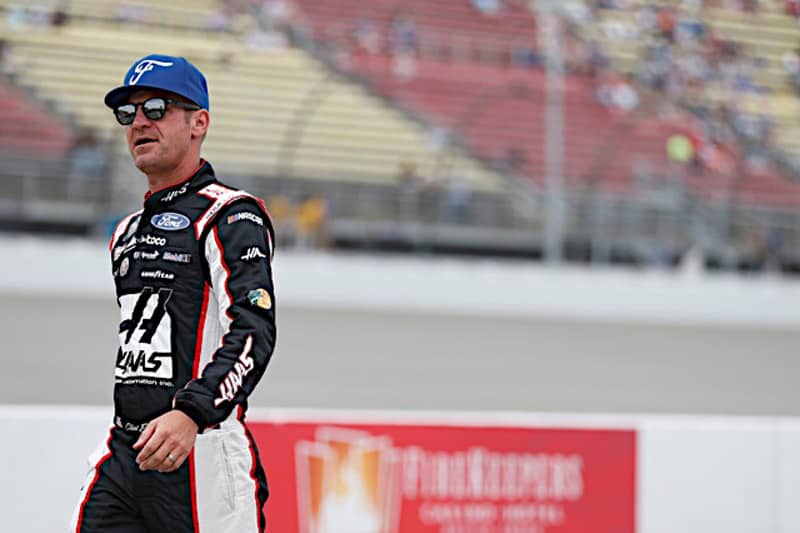 Who will make the 2019 Cup Series playoffs?

The field for the 2019 Monster Energy NASCAR Cup Series playoffs were just about set following a win by Erik Jones at Darlington Raceway last weekend.

The top 14 drivers in regular season points- Kyle Busch (who is also the regular season champion), Joey Logano, Denny Hamlin, Kevin Harvick, Martin Truex Jr., Brad Keselowski, Kurt Busch, Chase Elliott, Kyle Larson, Ryan Blaney, Alex Bowman, Jones, William Byron and Aric Almirola– have all clinched spots in this year’s iteration of the playoffs, either by winning a race or by points. All of those drivers will instead be competing for more playoff points, either by winning a stage/the race at Indianapolis or by finishing the race in the top ten in regular season points.

The last two positions, however, are very much up in the air. At least one will be decided on by points, with the other decided by either points or whomever wins on Sunday. Clint Bowyer is 15th in points and has just an eight-point advantage over the final transfer spot. Bowyer would make it into the playoffs after scoring 48 points no matter what the rest of the field does, with 46 if there is a winner from inside of the top 14, or if he straight-up wins.

Daniel Suarez and Ryan Newman are tied for 16th, while Jimmie Johnson is 18 points behind them. So as long as either Suarez or Newman do not lose more than 18 points on Johnson and there is a top 14 winner (or Bowyer), the driver who ends the day with the most points between Suarez and Newman will end it in the playoffs.

There are 13 drivers who cannot point their way into the playoffs and will need to win in order to keep their championship hopes alive. These 13 are Paul Menard, Chris Buescher, Ricky Stenhouse Jr., Matt DiBennedetto, Austin Dillon, Ty Dillon, Daniel Hemric, Ryan Preece, Bubba Wallace, Michael McDowell, Corey LaJoie, David Ragan, and Matt Tifft. Tifft is 31st in points and is five points behind teammate Ragan in 30th, so on the incredibly low odds that Tifft wins on Sunday, there are even lower odds that Ragan stays within that five point buffer thanks to stage racing chicanery to keep his teammate out of the playoffs. Which would be one of the funniest things that has ever happened on a racetrack, and there have been… stranger… winning situations this season.

Johnson’s chances of extending his playoff streak to 16 straight years are fading. And it’s not due to a lack of effort; some great runs this summer (?) by the No. 48 team (?!) have been derailed by bad luck. Granted, this almost always happens in the summer for Johnson, but this was the year he really did not need it to happen.

On the flip side, Byron has made it to his very first Cup Series playoffs in just his second season in the series. He and Chad Knaus have had a lot of speed; the pair have a better average starting position than Kyle Busch. But they have also struggled to put a complete race together, with just two top five finishes on the year.

How remarkable of a season is Kyle Busch having?

Meanwhile, Busch is quietly enjoying one of the best seasons a NASCAR driver has put together in the last 20 years. Busch’s average finish after 25 races is a mind-blowing 7th, which would be the best average since Jeff Gordon’s legendary 1998 campaign (5.8) and Dale Jarrett’s 1999 championship (6.9). Gordon and Jarrett didn’t have nearly as competitive a field as Busch has had to race this season however, and the only number that comes close in the last 15 years was Gordon’s 2007 (7.4).

What’s more is that unlike Harvick’s 2015 season, which left a lot of hardware on the table, Busch’s season doesn’t really have that “choker” stink to it. The No. 18 Toyota definitely could have won more than four this year, don’t get me wrong, but it’s not like he’s been losing races every other week.

Ever since Busch came back from broken legs at Daytona in 2015, he has been the class of the field, averaging a finish of no worse than 11.5 in the four seasons since- with all four also being career highs for Busch- and just last year, Busch led the field in average finish with an 8.7. And that was with a significantly different rules package! And that Busch is still only 34 and may just be entering his peak as a driver should be frightening to everybody in the Cup Series garage.

What’s the problem with the NASCAR-Netflix production?

This week, NASCAR announced a new partnership with Netflix that will see the streaming giant produce a new comedy sitcom, with Kevin James (Yes, that Kevin James) playing the part of a crew chief on the NASCAR circuit.

There are some problems with this show. So, let’s begin with the obvious.

Hopefully. NASCAR fans will find a way to understand that the point of a comedy is to make people laugh, not to be factually accurate and true to the sport. Lucille Ball and Vivian Vance found themselves in situations that were not exactly run-of-the-mill. #Relax #ItsForFun https://t.co/ZJ8EzWL8QK

No, that has nothing to do with the actual problem with the show. Nobody has ever seriously complained that Cole Trickle gains 200 horsepower every time he goes to fourth gear in Days of Thunder. The actual problem is that the setup is all wrong.

Talladega Nights is legitimately a very good comedy. The vast majority of jokes hit right on the mark, with great writing and the near-peak Will Farrell and John C. Reilly duo (the peak would come later in Step Brothers).

Ever notice how the crew chiefs are portrayed in the movie?

Outside of Ricky Bobby’s car owner and the actual NASCAR personalities making cameos, the only truly serious character in the entire movie is crew chief Lucius Fox. And that’s because he’s a crew chief. What comedy can really be found in turning a crew chief into a comedy figure?

A football or baseball coach can be straight comedy figures, because the audience knows those jobs do not necessarily require competence or book smarts. With crew chiefs, though, they need to have competence. They need to either be the straight man or just be completely oblivious everything that isn’t cars. They can be funny and tell jokes, like Harry Hogge. But they can’t be like most of the characters Kevin James portrays, because no crew chief ever looks truly dumb in real life. Sure, they blow calls, but they don’t do things like this.

There can be jokes about having a dumb/incompetent crew chief, of course. But there, that’s 20 minutes at best. That’s not enough to fill a movie, let alone a season. I like the idea of seeing more NASCAR in media, but it should be in good media, not media for the sake of media.

Considering the low ticket sales, the joke that is the NASCAR XFINITY Series race, the lack of actual tradition even though supposedly the main strength of the race is “muh tradition”, and the traditionally awful racing, is it time for NASCAR to leave Indianapolis Motor Speedway?

Oh, and next year is going to be even worse. Next year is going to be on Fourth of July weekend, under the smothering Indiana sun, and is the same weekend of a multi-day convention (CYONA?), which will book up most of the hotel rooms for that weekend. So if you’ve ever been to Indianapolis Motor Speedway for a race and balked at just how insane hotel rooms/parking is, just be glad you’ve been and not going next July.

Awesome! I had no idea how awesome a year Kyle was having and I am a big Kyle Busch fan. I would disagree with him not giving races away this year, I feel the team has given a few away this year. Whether it was him over driving the car too early in a run or pit crew like last week costing him track position he has had a few races where he led the most laps and lost. Starting with Daytona, I feel he gave that one away and I know he felt the same way in his interview!

With that aside, if Kyle fails to win the championship but keeps this current pace it will be another black eye for the sport (well maybe not cause most fans hate Kyle).

Might as well mark it down with Jeff Gordons impressive 2007 campaign where the best team all year did not come away with the championship. Speaking of Gordon, you want to talk about a driver who has to be bitter. He has gotten screwed by this c(ircus)hase for the championship more than any other driver THEN on top of that he had to watch his teammate take full advantage of it, that has to leave a sour taste in a competitors mouth! In 2014 Gordon joined Petty and Earnhardt as a 7x NASCAR cup champion if the old system was still in place. Instead he goes down in history with only 4 and 93 wins. No wonder he retired early (2015).

You’ve been asking that question since Miami last year.

“… his teammate take full advantage of it…” That is the main reason I can’t find any love for Johnson. I look at him and all I see is the poster boy for “THE CHASE” (and now playoffs). AND I HATE THE EFFIN CHASE. So by association I can’t stand Johnson. No one has benefitted more from the chase than him. Not even NASCAR itself given the droves of fans that have walked away.

Does anyone really care who makes it or doesn’t?